Analysis of Trade and Production Linkages between Border Regions of Russia and Kazakhstan: Impact of Customs Union and Single Economic Space

P. 102-127.
Limonov L. E., Oding N., Kadochnikov Denis, Savulkin Lev, Anisimov Andrey.
The present article, based on the corresponding report CU and cross-border cooperation between Kazakhstan and Russia by the Centre for Integration Studies of the Eurasian Development Bank (EDB) and the International Centre for Social and Economic Research (Leontief Centre) (EDB, 2012a). The complete Russian version of the report contains a full description of the methodology and references. On July 1, 2011, Belarus, Kazakhstan and Russia abolished customs controls at interstate borders within their Customs Union (CU), transferring them to the external borders of the Union, which became the sixth such bloc in the world economy. The three countries’ common customs zone thus began to function in full scale, which created favourable conditions for the development of trade and production ties between border regions in Russia and Kazakhstan. Firstly, this led to a significant simplification of international trade both between Russia and Kazakhstan and between these and other countries. Russian and Kazakh companies got better access to the markets of each other and that of Belarus, as well as to markets outside the CU. Secondly, the transportation time for freight and passengers shortened. Thirdly, new opportunities emerged for the development of multifaceted cooperation ties between Russian and Kazakh companies, which helps establish joint production enterprises and increase the supply of raw materials, components and finished products. Fourthly, favourable conditions were created for the joint operation, modernisation and capacity enhancement of engineering, power supply and transport infrastructures that tie the two countries together. Fifthly, important prerequisites were created for improving the economic climate and the investment attractiveness of the border regions of Russia and Kazakhstan that are viewed as the main ground for deepening the process of integration between the two countries. These prerequisites include, among others, the potentially positive effect of competition between jurisdictions, as the CU makes it possible to choose more favourable conditions for business operations within the common economic area, including better tax conditions. The purpose of this article is to analyse the effects of the Customs Union on economic interaction and production cooperation between the border regions of the Russian Federation and the Republic of Kazakhstan. The article is based on the results of joint research by the EDB Centre for Integration Studies and the Leontief Centre. The authors also used research done by the Kazakhstan branch of Russia’s Institute for Comparative Social Research (CESSI) under a project titled, “The Impact of the Customs Union and the Single Economic Space on the Small and Medium-Sized Business Sector in Kazakhstan’s Regions Bordering Russia.”
Language: English
Keywords: border regionsSingle economic space (SES) 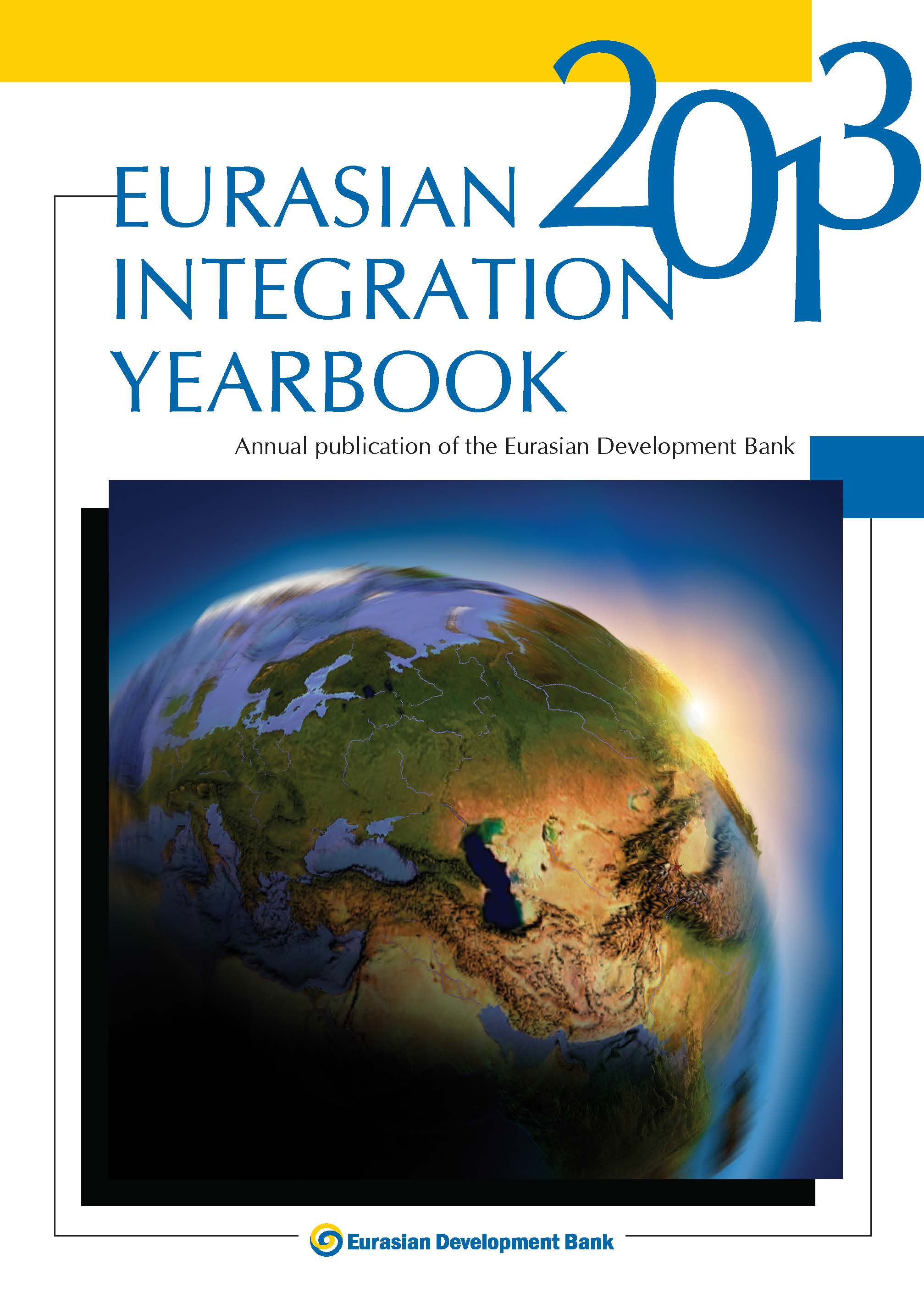 This article identifi es the degree of comparability of the institution and bodies of the European Union on the one hand, and the Customs Union and the Common Economic Space of Belarus, Kazakhstan and Russia on the other. Institutional correspondence within the European and Eurasian integration is identifi ed which is further analysed on the functional basis. The analysis shows that despite certain institutional similarity, functional effectiveness varies considerably. The capacity to act of the bodies within Eurasian integration in comparison with the European Union is limited and depends considerably on the will of the leaders of the member states.

The question of the future of democratic institutions remains ever relevant in modern political science. It has been raised recently, each in his own way, by the authors Leonid Blyakher (Iskusstvo neupravlyayemoi zhizni. Dalny Vostok [The Art of Ungoverned Life. The Far East], 2014) and Ivan Krastev (Upravleniye nedoveriem [The Management of Mistrust], 2014). Although both of these books focus on the crisis of trust in political institutions, the authors approach the problem from fundamentally different methodological perspectives

Monograph contains of a comprehensive research in the field of managing development system of national and international transport corridors (ITC) and devoted to the urgent, but relatively poorly understood and insufficiently covered in the scientific and academic publications the problems of strategic planning, logistics infrastructure and the formation of integrated transport and logistic systems, the organization of multi - and intermodal transportation of cargo in containers to ensure the implementation of export-import and transit potential of Russia in the global system of ITC.

The monograph consists of four interrelated sections. The first section analyzes the history of development and current state of European and Asian ITC passing through the territory of Russia. It is shown that the role of Russia in the development of transit flows of goods in the global system of ITC is prior. The second section is devoted to multi-modal and intermodal freight technologies of the system - and goods movement on the ITC. It addresses the organizational and technological features and the classification of multimodal transport of goods, development trends of intermodal freight containers, justified by the benefits of inter - and multi-modal transportation technologies and their economic efficiency. The main part of the monograph is the third section, in which great attention is paid to strategies for creating major transportation hubs and ports core network of terminal facilities and logistics centers and the formation of integrated transport and logistics systems in the areas of attraction for national and international transport corridors. The final fourth section is devoted to the geopolitical and practical issues of formation in Russia of international transport corridors and issues of national security Russia. The book is designed for a wide range of employees, managers and entrepreneurs of transportation, freight forwarding, industrial and commercial companies, academics and experts in the field of transport economics, foreign trade activities, logistics, distribution and logistics of transport, it can be used by federal and regional governments, researchers, teachers, postgraduates and students of higher educational institutions and economic profile.

This paper is a result of a study “Cross-border cooperation in regions of Russia, Belarus and Ukraine” which was carried out by the Eurasian Development Bank. The authors described the economic situation in the borderland of three countries at present and functional relations between border regions, assess the potential of cross-border cooperation, its institutions and the state today. Econometric methods are applied to an evaluation of the relation between mutual trade and economic growth in the condition of border’s different barrier role. Measures aimed to a better use of the economic, social and resource potential of border regions and to the increase of their role in the processes of integration are recommended