by year
Subject
News
Coronavirus Was Brought into Russia at Least 67 Times
Many people in Russia believe that they had COVID-19 as early as December 2019 or January 2020. Is it possible to find out when the epidemic really started in Russia and where it came from? Bioinformatics provides an answer.
Mathematics of Natural Choices: The Borda Count and Independence of Irrelevant Alternatives
Eric Maskin spoke at a recent research seminar held by the Centre in which he proposed a modified independence of irrelevant alternatives condition (IIA) and demonstrated that the voting rule satisfies modified IIA, Arrow’s other conditions, and May’s axioms if and only if it is the Borda count, i.e., rank-order voting. Fuad Aleskerov discussed how this affected the collective choice theory, elaborating on various choice models, starting from the Condorcet paradox.
Alcoholism Treatment Is Potentially Effective against COVID-19
A team of chemists from HSE University and the Zelinsky Institute of Organic Chemistry used molecular modelling to find out that two medications that have been known for a long time can be used to fight SARS-CoV-2. One of them is used to treat alcohol addiction, and the other is for cancer.
Publications
Author:
Campus:
Any
Moscow
Saint Petersburg
Nizhny Novgorod
Perm
Sub-department:
Keywords:
Subject:
Priority areas:
▼
Language:
▼
russian  english
Year:
2021
1958
Add a filter
Of all publications in the section: 185
Sort:
by name
by year

What is the theatre of the Soviet state? This is the theatre, forced to live on the State rules. Theatre, clamped in a vise of the censorship machine. Why prohibited performances? Not because that found in them something seditious... The state feared theatre. Afraid of the art of the original, unexpected, beyond, such as in the Theatre on Taganka. Reading censorship documents, one cannot understand how the theatre lived and put the new performances. Helped support of the audience.

Protocols discussions performances officials and unique Artistic Council of the theater , the letters to the head of state and senior officials, article theater, notes spectators and other documents tell about the bright fate of the Taganka. A significant part of the documents is published for the first time. 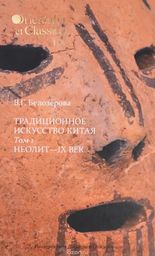 In two volumes of the book "Traditional art of China" the artistic tradition of China is considered as a holistic cultural phenomenon with national plastic specificity and unique history. The basic principles of the theory of Chinese art are stated. The first volume covers the era from the Neolithic period to the IX century, inclusive. The second covers  X–XIX centuries.

It is intended for centers of teaching Chinese at the level of higher education, as well as students of review courses on the history of Chinese art without studying the Chinese language, historians, archaeologists, culturologists. 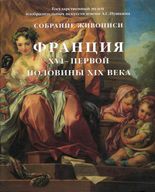 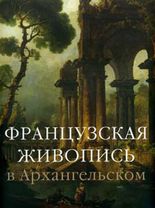 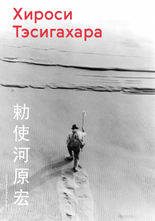 The Abkhazian princes (mtavars), who united under their rule the ancient Abasgia

What is it to be a work of art? Renowned author and critic Arthur C. Danto addresses this fundamental, complex question. Part philosophical monograph and part memoiristic meditation, What Art Is challenges the popular interpretation that art is an indefinable concept, instead bringing to light the properties that constitute universal meaning. Danto argues that despite varied approaches, a work of art is always defined by two essential criteria: meaning and embodiment, as well as one additional criterion contributed by the viewer: interpretation. Danto crafts his argument in an accessible manner that engages with both philosophy and art across genres and eras, beginning with Plato’s definition of art in The Republic, and continuing through the progress of art as a series of discoveries, including such innovations as perspective, chiaroscuro, and physiognomy. Danto concludes with a fascinating discussion of Andy Warhol’s famous shipping cartons, which are visually indistinguishable from the everyday objects they represent. 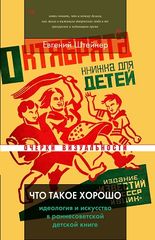 In Soviet Russia, during the 1920s—early 1930s dozens of publishing houses published children's literature richly (sometimes lavishly) illustrated by the best (yet sometimes the worst) artists of the epoch. They epitomized the real revolution in the art of the picture-book and, at the same time, the revolution in the message that had been conveyed in these books. In other words, the children's books of the early Soviet era embodied the twofold revolution: in aesthetics and in spirit. This book is the study of this revolutionary phenomenon: how early Soviet authors, artists, and book designers used innovative artistic concepts in the production of books intended for children and thus served the ruling authorities in forging the new citizens of the Communist state by means of the subtle art of indoctrination.

The book is devoted to analyzing the oeuvre of Jan Vermeer in the context of Delft School development and the epoque of Baroque art. The author focuses on Vermeer's style which evolved due to traditions of genre painting adopted in the Netherlands, however, its unique features bring genre painting to the level of symbolic generalization. The first 9 chapters of this research are displaying various aspects of Vermeer's art, and the 10th chapter reflects on how the principles of the "Delft Sphinx" resonate with contemporary art. 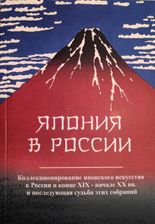 The articles of the present book collection discuss various individual collectors and their former possessions as well as present-day holdings of different Russian museums in Moscow, Saint Petersburg, Irkutsk, Samara, and Tomsk. Under the scrutiny are the history of formations of many Japanese art collections, biographies and post-revolutionary destiny (mostly tragic) of the collectors, problems of access, and mysteries of disappearance of many artifacts.