by year
Subject
News
Coronavirus Was Brought into Russia at Least 67 Times
Many people in Russia believe that they had COVID-19 as early as December 2019 or January 2020. Is it possible to find out when the epidemic really started in Russia and where it came from? Bioinformatics provides an answer.
Mathematics of Natural Choices: The Borda Count and Independence of Irrelevant Alternatives
Eric Maskin spoke at a recent research seminar held by the Centre in which he proposed a modified independence of irrelevant alternatives condition (IIA) and demonstrated that the voting rule satisfies modified IIA, Arrow’s other conditions, and May’s axioms if and only if it is the Borda count, i.e., rank-order voting. Fuad Aleskerov discussed how this affected the collective choice theory, elaborating on various choice models, starting from the Condorcet paradox.
Alcoholism Treatment Is Potentially Effective against COVID-19
A team of chemists from HSE University and the Zelinsky Institute of Organic Chemistry used molecular modelling to find out that two medications that have been known for a long time can be used to fight SARS-CoV-2. One of them is used to treat alcohol addiction, and the other is for cancer.
Publications
Author:
Campus:
Any
Moscow
Saint Petersburg
Nizhny Novgorod
Perm
Sub-department:
Keywords:
Subject:
Priority areas:
▼
Language:
▼
russian  english
Year:
2021
1958
Add a filter
Of all publications in the section: 1 207
Sort:
by name
by year 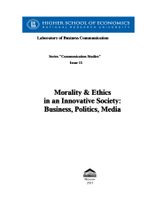 The work was implemented as part of the Federal Dedicated Programme “Fostering Scientific and Academic Staff for Innovative Russia” for 2009-2013. 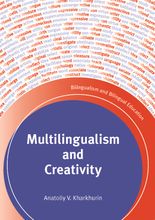 In this monograph, Anatoliy V. Kharkhurin presents the results of his empirical investigation into the impact of multilingual practice on an individual's creative potential. Until now, the relationship between these two activities has received little attention in the academic community. The book makes an attempt to resuscitate this theme and provides a solid theoretical framework supported by contemporary empirical research conducted in a variety of geographic, linguistic, and sociocultural locations. This study demonstrates that several factors - such as the multilinguals' age of language acquisition, proficiency in these languages and experience with cultural settings in which these languages were acquired - have a positive impact on selective attention and language mediated concept activation mechanisms. Together, these facilitate generative and innovative capacities of creative thinking. This book will be of great interest not only to scholars in the fields of multilingualism and creativity, but also to educators and all those interested in enhancing foreign language learning and fostering creativity. 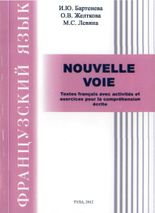 The book includes authentic texts from French media and Intrenet sites accompanied by a set of questions, exercises and tests. Many of them are based on french and russian placement examination tasks.

The volume is devoted to the typology of the category of number in the world's languages. 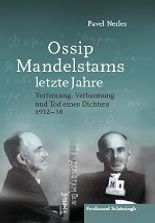 The book tells about the final years of the russian poet Osip Mandelstam, his persecution, exile and the death (1932-1938) 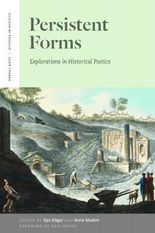 Since the mid-1980s, attempts to think history and literature together have produced much exciting work in the humanities. Indeed, some form of historicism can be said to inform most of the current scholarship in literary studies, including work in poetics, yet much of this scholarship remains undertheorized. Envisioning a revitalized and more expansive historicism, this volume builds on the tradition of Historical Poetics, pioneered by Alexander Veselovsky (1838–1906) and developed in various fruitful directions by the Russian Formalists, Mikhail Bakhtin, and Olga Freidenberg. The volume includes previously untranslated texts of some of the major scholars in this critical tradition, as well as original contributions which place that tradition in dialogue with other thinkers who have approached literature in a globally comparatist and evolutionary-historical spirit. The contributors seek to challenge and complement a historicism that stresses proximate sociopolitical contexts through an engagement with the longue durée of literary forms and institutions. In particular, Historical Poetics aims to uncover deep-historical stratifications and asynchronicities, in which formal solutions may display elective affinities with other, chronologically distant solutions to analogous social and political problems. By recovering the traditional nexus of philology and history, Persistent Forms seeks to reinvigorate poetics as a theoretical discipline that would respond to such critical and intellectual developments as Marxism, New Historicism, the study of world literature, practices of distant reading, and a renewed attention to ritual, oral poetics, and genre. 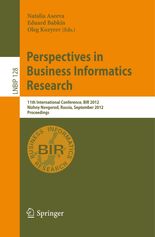 This book consists of selected papers presented in the framework of the 11th International Conference on Perspectives in Business Informatics Research (BIR 2012), held in Nizhny Novgorod, Russia, September 24–26, 2012. The BIR conference series was established 11 years ago as the initiative of some German and Swedish universities with the aim of supporting the global forum for researchers in business informatics for their collaboration and exchange of results.

Book
Pindar and the Emergence of Literature
Rodin (Maslov) B. Cambridge University Press, 2015.

Pindar and the Emergence of the Literary places Pindar in the context of the evolution of Archaic Greek poetics. While presenting an in-depth introduction to diverse aspects of Pindar’s art (authorial metapoetics, imagery, genre hybridization, religion, social context, dialect), it seeks to establish a middle ground between cultural contextualism and literary history, paying attention both to poetry’s historical milieu and its uncanny capacity to endure in time. With that methodological objective, the book marshals a new version of Historical Poetics, drawing both on theorists usually associated with this approach, such as Alexander Veselovsky, Mikhail Bakhtin, and Olga Freidenberg, and on T.S. Eliot, Hans Blumenberg, Fredric Jameson, and Stephen Greenblatt. The ultimate literary-historical problem posed by Pindar’s poetics, which this book sets out to solve, is the transformation of pre-literary structures rooted in folk communal art into elements that still inform our notion of literature. 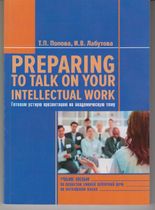 This training manual is addressed to students of higher education institutions, whose level of English is B2 – C1 according to CEFR and whose course of studies requires writing and defending Research Project Proposal in English. The book is aimed at building and development of Academic skills in oral speech considered necessary for the defense of the Project Proposal of Graduate Qualification Work. Specific feature of the manual is considering new forms of communication, namely giving presentation speech in English. The texts and tasks of the manual envisages forming the skills of designing and performing academic  presentations on professinal topics as well as developing  soft skills, which are recognised as a significant constituent of  graduates' professional competency. The training guide contains exercises for both  inclass  and out-of- class work, including the use of the Internet. 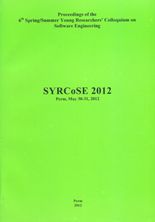 Book
Proceedings of the 6th Spring/Summer Young Researchers’ Colloquium on Software Engineering, SYRCoSE 2012
Kamkin A., Petrenko A., Terekhov A. Perm: 2012.

The issue contains the papers presented at the 6th Spring/Summer Young Researchers’ Colloquium on Software Engineering (SYRCoSE 2012) held in Perm, Russia on 30th and 31st of May, 2012. Paper selection was based on a competitive peer review process being done by the program committee. Both regular and research-in-progress papers were considered acceptable for the colloquium.

The topics of the colloquium include software development technologies, programming languages, testing and verification of computer systems, analysis of programs, information systems, image and video processing and others.

This paper provides a comprehensive overview of the gapping dataset for Russian that consists of 7.5k sentences with gapping (as well as 15k relevant negative sentences) and comprises data from various genres: news, fiction, social media and technical texts. The dataset was prepared for the Automatic Gapping Resolution Shared Task for Russian (AGRR-2019) - a competition aimed at stimulating the development of NLP tools and methods for processing of ellipsis. In this paper, we pay special attention to the gapping resolution methods that were introduced within the shared task as well as an alternative test set that illustrates that our corpus is a diverse and representative subset of Russian language gapping sufficient for effective utilization of machine learning techniques.

The given book is aimed at bachelor students for Law facultywhoo need to create a project proposal for their Final paaper. Inthis book students will find recommendations for writinf research proposals and samples of papers with detailed analysis , exercises and theoretical framework. The students will be able to present the results of their scintific studies either in oral or wriiten form.

The book‘s main objective is developing academic writing and speaking skills, namely teaching students to write a proposal of their research and to orally present its conception. The book is mainly intended for undergraduate and graduate students of the faculty of law of Higher School of Economics. ―Project Proposal Guide: How to Write and Present (Law Disciplines)‖ is divided into three parts. The first part is theoretical and explains characteristics of the genre of project proposal. The second part ―Writing a project proposal‖ contains eight chapters, each devoted to a particular part of an academic paper (abstract, introduction, literature review etc.). The third part ―Oral presentation of a project proposal‖ consists of two units devoted to PowerPoint and poster presentations, correspondingly. The book is also provided with additional materials: a questionnaire that enables students to evaluate their level of academic skills development and samples of projects‘ chapters with analysis.

The book can be used both in class and individually. 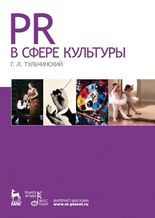 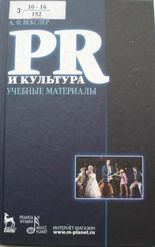