by year
Subject
News
Researchers Come Up with a New Explanation of Processes that Underlie Working Memory
Researchers from the HSE Centre for Cognition & Decision Making have developed a computational model of working memory and demonstrated the stabilizing effect of gamma oscillations, as well as the importance of fast interaction between the model components. The study results have the potential to become part of a theoretical basis for experiments on improving working memory functions with non-invasive brain stimulation. The study was published in Frontiers in Neural Circuits .
‘If We Can’t Prevent the Robot Invasion, We Should Lead It’
The induction of the MuseNet deep neural network into the Russian Union of Composers in April 2021 has interesting implications—will artificial intelligence edge live performers out of their profession? Evgenia Evpak, composer, teacher at the HSE Faculty of Communications, Media, and Design and graduate of the HSE ISSEK Master’s programme in Governance of Science, Technology and Innovation, believes that humans still have a future in the music industry.
HSE Researchers Discover Nucleotide Sequence Responsible for Effectively Fighting Pathologies
Researchers from HSE University have discovered nucleotide sequences characteristic of microRNA isoforms (microRNAs with errors). The discovery will help predict errors in microRNA behaviour and create drugs that can detect targets (such as viruses) more effectively. The results of the study have been published in the RNA Biology journal.
Publications
Author:
Campus:
Any
Moscow
Saint Petersburg
Nizhny Novgorod
Perm
Sub-department:
Keywords:
Subject:
Priority areas:
▼
Language:
▼
russian  english
Year:
2022
1958
Add a filter
Of all publications in the section: 1 302
Sort:
by name
by year 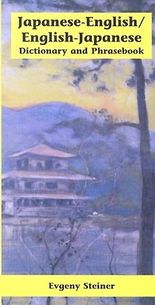 This book is designed to help visitors to Japan communicate with local people in everyday situations. It requires no previous knowledge of the Japanese script -- all Japanese words are spelled in the English alphabet. The basic of Japanese grammar are followed by extensive phrasebook chapters and comprehensive lists of related words and a Japanese-English/English-Japanese Dictionary.

This book is the edition of two newly discovered fragments of the Book of the Chapters on Knowledge, an important work of the East Syriac mystical writer mār Joseph Ḥazzāyā (8th c.). The full text of this work was contained in a 16th c. codex unicus Seert 78 described and catalogued by the archbishop of Seert Addai Scher. The fate of the manuscript collection of the Seert diocese after 1915 remains obscure. Extant fragments of the Book of the Chapters on Knowledge have thus far been believed to be limited to six mēmrē preserved in the West Syriac tradition and ~300 chapters cited by Ephrem of Qirqesion in his Commentary on the Difficult Chapters on Knowledge. The first fragment is found in the manuscript BnF syr. 434; it has the title Useful Chapters and no attribution. The authorship was established based on strong textual evidence. The initial and final chapters of this fragment belong to Joseph Ḥazzāyā’s mēmrē known in the West Syriac tradition; the remainder comprises at least four chapters coinciding with those cited by Ephrem of Qirqesion in his commentary. The second fragment, found in two manuscripts (Harvard syr. 42 and Pampakuda, Konat syr. 303), was attributed to Joseph Ḥazzāyā based on numerous stylistic and thematic coincidences with his authentic texts. In addition, two chapters of the second fragment have exact correspondence in the first fragment. The present volume contains the Syriac text of the newly discovered fragments with a text-critical inroduction. The next volume (OMS 2, now in preparation) will contain a transltaion, references to biblical and patristic sorces, and a commentary.

The book is dedicated to the works of a contemporary Spanish classic Juan Benet. The articles in Spanish and in French made by the researchers from all over the world and by the author's disciples cover his artistic trajectory as the most prominent writer to introduce the esthetics of European modernism and French New Novel to the Spanish literary circles of the 1960s. 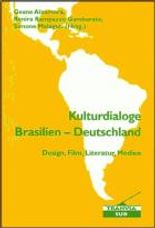 Brazil and Germany have a "shared history" or shared stories that refer not only to the similarities and differences between the two countries, but also to cultural approaches between them despite the socio-cultural differences and geographical distance. Accordingly, the contributions in this volume highlight the German Brazilian relations in design, film, literature, and media. At the same time they discuss motivations, connections, comparisons and inspirations of these relations. 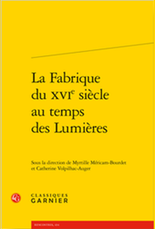 How does the eighteenth century constitute the sixteenth century as an object of thought? Tackling literary history and scientific, philosophical, and religious domains, this book shows how the Enlightenment inherits questions, models, and countermodels whose roots date back to well before the seventeenth century. 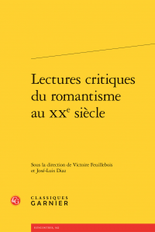 Articles on understanding the concept of romantic love in the literature of the twentieth century.

The French socio-linguist Rémi Camus enquires into the main features of early 21st century Russian political language, The philosopher Alexei Penzin writes about the language of the new Russian Left, made up of young people who were children or teenagers when the USSR collapsed. Five Russian poets - Miroslav Nemirov, Andrei Sen-Senkov, Sergei Malashonok, German Lukomnikov and Denis Yatsutko - who maintain weblogs reﬂ ect upon the ways in which that medium affects poetic language. By publishing their texts in blogs, they enter a unique dialogue with their readers, who effectively become co-authors. Kyiv-based philologist and journalist Mariya Kopylenko discusses the paradoxes of RussianUkrainian bilingualism. Her essay centres on the phenomenon of ‘semi-lingualism’. She sees this as a threat to Ukrainian society and its cultural self-awareness, which is lagging far behind its new-found political sovereignty. Gasan Guseinov is writing on the relations of language and violence.

Book
Language and Text in the Austronesian World. Studies in Honour of Ülo Sirk
Edited by: Lander Yu., A. Ogloblin. Muenchen: Lincom Europa, 2008.

This volume, dedicated to Ülo Sirk, one of the most prominent Russian Austronesianists, includes about twenty papers devoted to languages belonging to the Austronesian family. The contributions to the volume cover both synchronic and diachronic issues and explore various levels: phonology, grammar, text structure, etc.

Language policy and usage in the post-communist region have continually attracted wide political, media, and expert attention since the disintegration of the USSR in 1991. How are these issues politicized in contemporary Estonia, Latvia, and Ukraine? This study presents a cross-cultural qualitative and quantitative analysis of publications in leading Russian-language blogs and news websites of these three post-Soviet states during the period of 2004–2017. The most notable difference observed between Ukraine and the two Baltic countries is that many Russian-writing users in Ukraine’s internet tend to support the position that the state language, i.e. Ukrainian, is discriminated against and needs special protection by the state, whereas the majority of the Russian-speaking commentators on selected Estonian and Latvian news websites advocate for introducing Russian as a second state language. Despite attempts of Ukraine’s government to Ukrainize public space, the position of Ukrainian is still perceived, even by many Russian-writing commentators and bloggers, as being ‘precarious’ and ‘vulnerable’. This became especially visible in debates after the Revolution of Dignity, when the number of supporters of the introduction of Russian as second state language significantly decreased. In the Russian-language sector of Estonian and Latvian news websites and blogs, in contrast, the majority of online users continually reproduce the image of ‘victims’ of nation-building. They often claim that their political, as well as economic rights, are significantly limited in comparison to ethnic Estonians and Latvians. The results of Maksimovtsova’s research illustrate that, notwithstanding differences between the Estonian as well as Latvian cases, on the one hand, and Ukraine, on the other, there is an ongoing process of convergence of debates in Ukraine to those held in the other two countries analyzed in terms of an increased degree of ‘discursive decommunization’ and ‘derussification’.

Collection of literary articles in honor of the anniversary of LI. Sobolev

Anniversary collection of articles in honor of L.I.Sobolev includes works by his disciples and colleagues covering a broad range of the phililogical issues: the problems of Russian literature, European literature of the Middle Ages and of the 19 -20 centures, corpus linguistics, linguistic analysis of the literary texts, the questions of teaching of Russian literature at school.

The book consists of the three parts: scientific study, works on pedagogy and bibliografy of L. Sobolev prepared by A. Sobolev.

The book contains works of famous Russian critics and linguists, professors of leading Russian universities as well as articles by well-known teachers of Moscow schools, especially the gymnasium 1567.

This dissertation analyzes the reflexivity patterns in Uralic languages from the point of view of a minimalist approach to binding. The languages under consideration are five Uralic languages spoken in the Russian Federation: Meadow Mari, Komi-Zyrian, Khanty, Besermyan Udmurt, and Erzya. The empirical data were compiled during fieldwork, and are used to test and assess current approaches to binding. The main focus of the dissertation is on a number of puzzles posed by these languages, namely the locally bound pronominals in Khanty, as well as the binding domains of what I call semi-reflexives and their ability to take split antecedents in Meadow Mari, Komi-Zyrian, Besermyan Udmurt, and Erzya. The analysis of reflexive strategies proposed in this dissertation is based on a modular approach  to binding (see Reuland 2011). It disentangles the various factors playing a role in establishing interpretive dependencies, including properties of predicates and syntactic chains. The puzzling behavior of reflexive strategies under discussion is accounted for in terms of their morphosyntactic composition in tandem with general properties of grammatical computation. The present approach provides a unified basis for verbal and nominal reflexives. Overall, the study shows that cross-linguistic variation is not random. It demonstrates how descriptive fieldwork and theoretical research can be mutually beneficial and how their symbiosis deepens our understanding of the general principles underlying language, and the way these are rooted in our cognitive system.

The International conference “Linguistic Forum 2020: Language and Artificial Intelligence” took place in 2020 on November 12-14 in Moscow, Russia. The conference is organized by the Institute of Linguistics, Russian Academy of Sciences. This conference is part of a series of annual forums initiated by the Institute of Linguistics RAS in 2019. The aim of the 2020 forum is to foster dialogue among researchers working at the interface of linguistics and artificial intelligence including those engaged in computational linguistics and natural language processing. Developments in AI have been responsible for recent advances in natural language generation and comprehension; they have also expanded the boundaries of these technologies’ applicability. Neural networks and dense embeddings have replaced models based on feature engineering and traditional discrete categories of linguistic analysis. As a result, the boundary between fundamental and applied linguistic research is being eroded. Empirical linguistics is taking on board these new technologies, in part, to enable better modelling of language and documentation of data. AI is also increasingly becoming a part of the everyday life of language users. Can fundamental linguistics currently offer technologically viable ideas or methods? These and similar conceptual and methodological problems were the focus of the forum.