by year
Subject
News
OECD Outlook Examines the Effects of the Pandemic on Science, Technology, and Innovation
Times of Crisis and Opportunity is the title of the OECD Science, Technology and Innovation (STI) Outlook published in January. The document focuses on STI responses to the pandemic while assessing the impact of the COVID-19 crisis on science and technology. Mikhail Gershman, Deputy Director of the Centre of Science, Technology, Innovation and Information Policy, discusses the contribution of the Institute of Statistical Studies and Economics of Knowledge (ISSEK) to the Outlook and discusses some aspects of ISSEK’s long-standing partnership with OECD.
Taming the ‘Black Swan’: Who Will Win the Fight Against the CoronaCrisis
Countries with reserve currencies, sufficient fiscal capacity to implement soft fiscal policies, and access to global capital markets have the best chance of recovering from the coronavirus crisis. The rest may need external assistance. These are the conclusions drawn by Alexei Kireyev, leading IMF economist and visiting professor at HSE University’s School of World Economy.
Middle-Class Russians Reduce Spending When It Comes to Themselves but Not Their Children
Middle-class Russians are more likely to reduce spending on the development of their own human capital and prioritize investing in their children instead, particularly when it comes to their children’s education. This is evidenced by a study conducted by the Centre for Studies of Income and Living Standards of HSE University.
Publications
Author:
Campus:
Any
Moscow
Saint Petersburg
Nizhny Novgorod
Perm
Sub-department:
Keywords:
Subject:
Priority areas:
▼
Language:
▼
russian  english
Year:
2021
1958
Add a filter
Of all publications in the section: 1 663
Sort:
by name
by year 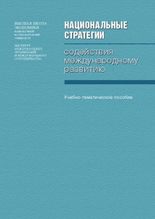 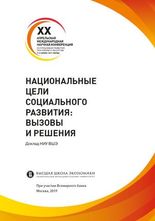 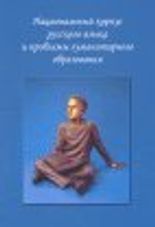 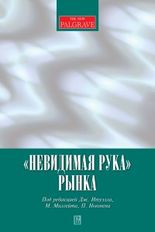 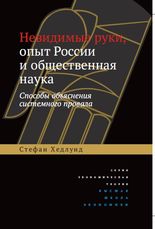 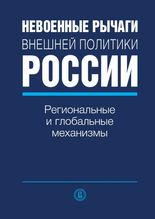 Book
Невоенные рычаги внешней политики России: глобальные и региональные механизмы
М.: Издательский дом НИУ ВШЭ, 2012.
This collaborative monograph is the result of a series of political and economic studies at the HSE's Faculty of World Economy and International Affairs during the period from 2009 to 2012. It describes the current state of the global political and economic system and Russia's place in it, details the basic models (subsystems) that determine leadership among states, and describes some of the economic tools available to Russia for advancing its policy interests at the global and regional levels. A major conclusion made in the monograph is that while Russia cannot yet be regarded as a dominant global power, it nevertheless has the potential to influence regional political and economic regimes. The paper focuses in particular on the economic and political implications of Russia's participation in regional economic associations, such as customs unions, currency areas, and integration organizations; on international trade and sanctions; on the management of international financial flows; on the use of international currency areas and external debt, foreign direct investment, and economic and humanitarian aid; and on the use of Russian companies to promote Russia's foreign policy interests. 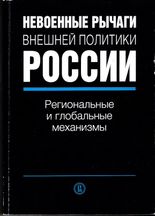 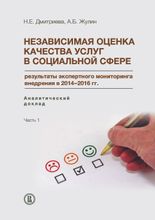 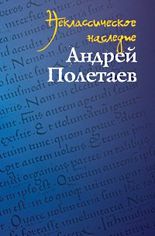 The book includes the articles and fragments of monographs by Andrei V. Poletayev (1952– 2010). It gives an idea on the breadth of his professional interests and thorough academic studies in each of the many disciplines and areas which he applied to in different periods of his life. A significant part of the work was written together with his frequent co-author Irina M. Savelieva. The texts are grouped into four parts (“Sociologist”, “Historian”, “Economist”, “Researcher of Sciences”), and the principle of their selection pays tribute to the non-standard thinking of the author, the diversity of his achievements and ideas, and his passion for productive professional discussions. The texts were selected and annotated by colleagues of Poletayev and also by representatives of different disciplines and scientific generations.

This book is addressed to all those involved in the contemporary socio-humanities, whether student or academician. A clear, persuasive, extremely informative, yet always dedicated and lively writing of Andrei Poletayev is a rare example of scientific standards today. 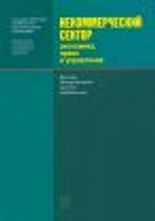 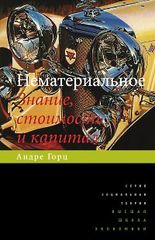 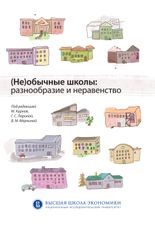 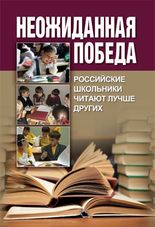 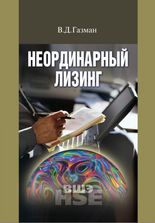 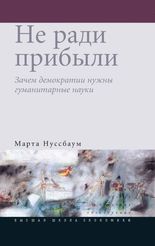 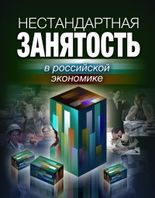 Book
Нестандартная занятость в российской экономике
М.: Издательский дом ГУ-ВШЭ, 2006.
The complex picture of development of different forms of non-standard employment during transition period is presented here for the first time in Russian literature. The monograph discusses both general theoretic and applied aspects of market flexibility and labor relations in modern Russian economy. The authors present an empirical analysis of such forms of non-standard employment as incomplete, temporary, casual, informal, and employment at personal household plots. Their analysis is based on the use of most representative blocks of microdata of research 1992—2002 of labor force. One chapter is dedicated to alternative evaluations of employment and employment in different transitional economies that take into account the spread of non-standard forms of labor relations. Addressed to economists, sociologists, and jurists studying different aspects of labor market and labor relations, as well as government officials in the sphere of labor, employment, and social policy. 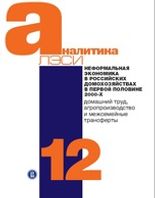 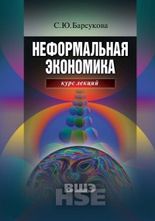 This study guide is dedicated to the research of informal economics or the activity of economic agents, which is not regulated by law and contracts, is exempt from taxation and is not reflected in statistics. Both illicit and extralegal economic activities are considered. Accordingly, the course examines both the shadow or criminal economics and the household economics, as well as the economics of inter-family exchange. The course is relevant due to the scale and the socioeconomic consequences of informal economic activity. The lectures consistently familiarize the reader with the international tendencies in development of informal economics, as well as with its Russian peculiarities. Attention is given to the history of problematization of informal economics, its engines of progress, its structural and institutional base and the comparative specifics of its segments. It touches upon such hot topics as corruption and covert relations between power and business.

Intended for all branches of economic, management, and sociological education.