by year
Subject
News
A Dossier of Deities: HSE University Scholars Create Electronic Database of Chinese Mythological Characters
The Institute for Oriental and Classical Studies (IOCS) at HSE University is developing an electronic database of Chinese mythological characters and motifs. Because nothing like it has ever been compiled, it meets an enormous demand. Project originators Elizaveta Volchkova, Olga Mazo, Aglaya Starostina and Alevtina Solovyova told IQ what they are attempting to accomplish and why Chinese mythology is both complicated and fascinating.
Leaders of Russia and the People's Republic of China Discuss the BRICS Energy Research Cooperation Platform Created with the Participation of HSE University
At the twelfth BRICS summit held on November 17, Russian President Vladimir Putin and President of the People's Republic of China Xi Jinping spoke via videoconference about the importance of the BRICS Energy Research Cooperation Platform. Researchers from HSE Institute for Statistical Studies and Economics of Knowledge and the Institute for Economics and Regulation of Natural Monopolies are involved in the work of the Platform.
‘A Completely New Platform, Never Studied or Used Before’: mRNA by Pfizer vs. Sputnik V Viral Vectors
One of the biggest headlines of recent days has been the announcement made by Pfizer, a U.S.-based company, and BioNTech, Germany, that BNT162b2, a COVID-19 vaccine they are developing, has proved to be 90% effective in its Phase 3 clinical trial. The news was met with big excitement all over the world. However, the Pfizer-BioNTech vaccine is based on a new platform, which is still understudied. According to protocol, its trial will be complete only in 2022. IQ talked to Larisa Popovich, Director of the HSE Institute for Health Economics, about the differences between the U.S.-German and the Russian Sputnik V vaccines, and about the chances of beating COVID-19 with massive immunization in the upcoming months.
Publications
Author:
Campus:
Any
Moscow
Saint Petersburg
Nizhny Novgorod
Perm
Sub-department:
Keywords:
Subject:
Priority areas:
▼
Language:
▼
russian  english
Year:
2021
1958
Add a filter
Of all publications in the section: 2 927
Sort:
by name
by year 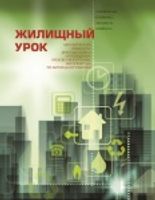 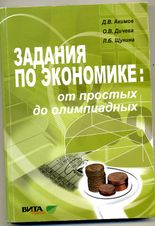 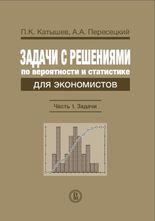 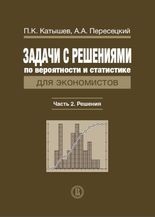 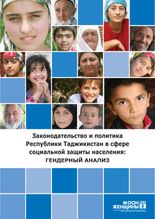 As before, the latest issue of the “West – East – Russia” Yearbook covers major events, processes and trends of 2014 related to interactions between the developed Center and World Periphery and Semi-Periphery. Russia’s interests and positions in this context is important theme for us. Special attention is given to conflicts in Ukraine which were meaning not only at national or regional level, but also led to a restructuring of the World political space, confrontation between the West and Russia. Different problems in separate regions (including East Asia, South-East Asia, Latin America, Africa, CIS etc.) are examined. As usual, there is some information on ecological problems, academic activities and recently published books. 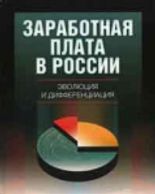 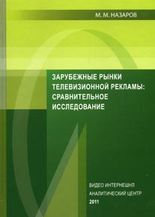 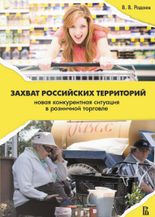 Book
Захват российских территорий: новая конкурентная ситуация в розничной торговле
Радаев В. В. М.: Издательский дом ГУ-ВШЭ, 2007.
In the beginning of the new century Russian retail trading went through a true revolution, which fundamentally changed the structure of the entire branch. The book contains detailed classification of modern forms of trade based on Russian practice. The author traces the history of creation of new forms of trade. It demonstrates how the arrival of global operators changes the overall competitive situation and the business strategies of leading Russian companies. The newest tendencies in retail development are revealed in a case study of foodstuffs trade and in the segment of household appliances and electronics, with prognosis for midterm perspective.
1 ... 31 32 33 34 35 36 37 38 39 40 41 42 43 44 45 46 47 48 49 50 ... 140