by year
Subject
News
Artificial Intelligence Can Now Predict Students’ Educational Outcomes Based on Their VK Posts and Tweets
The new model, created by computational social scientist Ivan Smirnov of HSE University, predicts the academic success of Russian high school students with an accuracy of 94%. The model generates its predictions based on users’ distinctive vocabulary and speech patterns, and the predictions have strongly correlated with students’ Unified State Exam (USE) scores.
Research Only: How Academic Tourism Went Online and Why Scholars Like It
On October 23 – 24, 2020, the IX International Moscow Finance Conference will take place. The event has been organized jointly by ICEF and the London School of Economics. This year, the list of participants includes the editors of the two biggest journals in economics. Alexei Boulatov , Tenured Professor of HSE University, spoke about how the online format influenced the quality of academic events, what has changed in academic life over the last few months, and the topics that interest researchers today.
Gender Asymmetry Affects Labour Market
According to Natalia Tikhonova, a social scientist with HSE University, gender asymmetry has been on the rise in Russia's labour market over the past 20 years. Gender asymmetry is reflected in the ‘feminisation’ of white-collar jobs and a disproportionate number of men among blue-collar workers. In addition to this, increasing automation in traditionally male industrial sectors is leading to fewer jobs available to men. In contrast, occupations with a growing demand for skills tend to be those which are mainly filled by women.
Publications
Author:
Campus:
Any
Moscow
Saint Petersburg
Nizhny Novgorod
Perm
Sub-department:
Keywords:
Subject:
Priority areas:
▼
Language:
▼
russian  english
Year:
2021
1958
Add a filter
Of all publications in the section: 1 632
Sort:
by name
by year 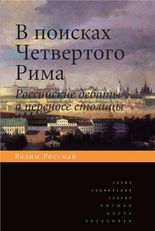 Book
В поисках Четвертого Рима: Российские дебаты о переносе столицы
Россман В. И. М.: Издательский дом НИУ ВШЭ, 2013.
In this book, V. Rossman analyzes and summarizes the experience of public discussion about moving the Russian capital in the context of nation building and proposes a concept of the capital city as catalyst in that process. The author considers the current clash of ideas regarding a new capital and the various concepts, which he believes arise out of differing perceptions of what is Russia’s true identity. He gives a detailed analysis of proand contraarguments and their legal suppositions; the typology of suggested capitals, and applies aspects of geography, urban studies, spatial economics, studies of semiotics and symbolism of urban territories; and other disciplines. Rossman also considers other countries’ experience of moving capitals. He focuses not only on the soundness of choosing specific geographical locations, but rather on the various political and geopolitical strategies behind the choices present-ed. The author also studies various concepts of the capital and its transfer in Russian intellectual history. He conducts a comparative analysis of Moscow with the most important modern capitals and BRIC capitals, and investigates the specifics of its formation and anomalies of the Russian urban hierarchy.

This book is intended for geographers, historians, urban researchers, and anyone interested in the political situation in modern Russia. 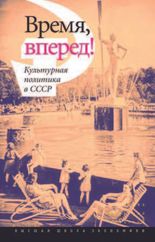 Mayakovsky’s words ‘It’s Time, Forward!’ better than any political slogans, reflect the atmosphere in which Soviet cultural policy emerged. This book aims to declare a special preserve and methodological perspective for the study of Soviet cultural history. In it Soviet society is considered as a space of radical projecting and experimentation in cultural policy, which was far from homogeneous, often multidirectional, and sometimes chaotic and contradictory. It was a unique historic example of government intervention in the cultural sphere. The authors attempt to evaluate the social viability of institutions which formed in Russian society, both thanks to and in spite of Soviet cultural policy, and to assess the consequences of the decline and fall of some of those same institutions.

The book targets a wide audience, including culture researchers, sociologists, political scientists, historians, and anyone interested in Soviet history and culture. 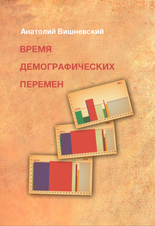 Book
Время демографических перемен: избранные статьи
Вишневский А. Г. М.: Издательский дом НИУ ВШЭ, 2015.
The book contains the collected articles of Anatoly G. Vishnevsky on the key issues ofdemography of the XXI century, published mainly over the past 10–15 years.
The articles selectedfor publication focus on the theoretical comprehension of fundamental demographic changesoccurring in the world, on their determinants and consequences. These consequences are universaland run through all levels of social reality, from the family to the global.Great attention is paid to Russian population issues. The author seeks to understand andto explain Russia’s demographic problems in the context of universal and global demographicchanges and challenges. Some articles are devoted to the history and current state of Russianpopulation studies.

The potential audience of the book are researchers representing a broad range of socialscience disciplines, teachers and students, politicians and journalists, and a wide range of readersinterested in population studies and related sciences.
The publication is timed to coincide with the 80th birthday of Anatoly Vishnevsky. 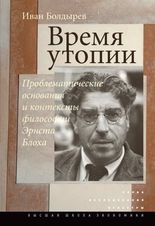 Book
Время утопии: Проблематические основания и контексты философии Эрнста Блоха
Болдырев И. А. М.: Издательский дом НИУ ВШЭ, 2012.
Utopia and utopian consciousness have long been among the central themes of political debate and artistic practices. Ivan Boldyrev's book is devoted to Ernst Bloch (1885-1977), a German thinker who greatly contributed to the special philosophical and historical status of this subject and was able to bring together Marxist activism, eschatological metaphysics, and avant-garde art under the Utopian banner.  The book describes Bloch's intellectual evolution and his complex and ambiguous relationships with the most prominent philosophers of the 20th century– Georg Lukacs, Walter Benjamin, and Theodor Adorno. The 'polemic totality' of these relationships helps the paradoxical logic of utopian messianism to be understood. 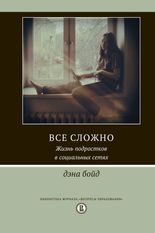 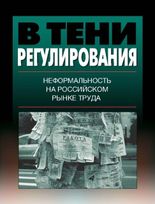 Book
В тени регулирования: неформальность на российском рынке труда
М.: Издательский дом НИУ ВШЭ, 2014.
This monograph continues the series of publications on the Russian labor market prepared by the team of scholars from the Center for Labour Market Studies at the Higher School of Economics. The book provides a comprehensive analysis of various aspects of informality in the Russian labour market. It discusses a wide range of informality related issues, including its economic nature and causes, evolution and composition, measurement and policy implications. Authors question the labour market segmentation theory and the popular thesis that informal employees represent an inferior segment of the labour force that is trapped in bad jobs. Significant attention is paid to costs and benefits of going informal for workers, firms, and the society. A special focus in the book is on earnings in the formal and informal sectors, their impact on evolution of inequality and formal-informal labour mobility. A few chapters explore impact of institutions (such as taxation and minimum wage) on incidence of informal work. Implications for subjective social status and household well-being are also explored. Most of the chapters presented in the book are based on studies that use large sets of microdata and modern econometric techniques. 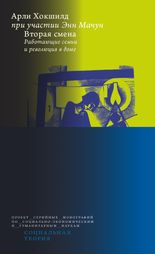 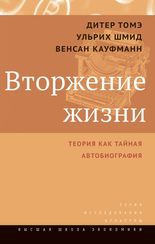 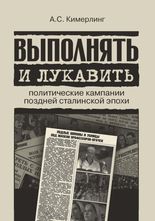 Book
Выполнять и лукавить: политические кампании поздней сталинской эпохи
Кимерлинг А. С. М.: Издательский дом НИУ ВШЭ, 2017.
In the monograph two kinds of political campaigns, namely the repressive ideological ones, such as campaigns against the artistic intelligentsia and cosmopolitanism,the KR case, the Doctor’s Plot case, and the mobilization ones, such as electoral campaigns at the Union, union republic and local levels, have been analyzed. The book explores the methods of studying campaigns and the historiography of the Stalin era. The social and economic situation in Molotovskaya oblast as well as the everyday life of inhabitants of the Prikamye area in thepost-war years have been reconstructed in the monograph. A case study of Perm exemplifies the reconstruction of the mass political campaigns in 1946–1953 which were instrumental in implementing Stalin’s policies, governmental activities and mass response. The mechanisms and structure of Stalin’s political campaigns, including participants, victims, set of norms, procedures, conflicts, and functions, have been identified and described. The author demonstrates the regional specific aspects of political campaigns as exemplified by the materials of six local and central archives.
The book is designed for academicians and students of humanitarian studies as well as for a wide audience of those interested in the history of the Stalin era. 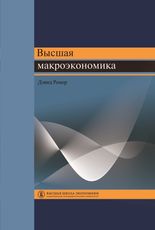 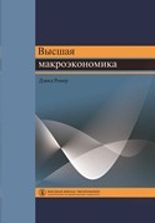 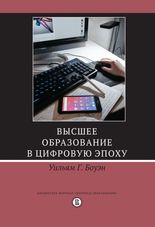 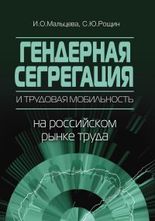 The monograph explores the specifics of the situation of men and women in the Russian labor market, studies the phenomenon of gender segregation beginning with the Soviet epoch and to present days, discusses causes and consequences of gender segregation on the labor market, draws comparisons with international practices. Based on the Russian statistical data and the Russian monitoring of economic situation and health of the population, the study conducts empirical evaluations of intensity and directions of labor mobility according to gender groups, as well as the way mobility influences gender differences in wages and segregation. Vertical segregation and the problem of “glass ceiling” in Russian economy is separately explored.

Addressed to economists, sociologists, experts in the field of employment and management of human resources. 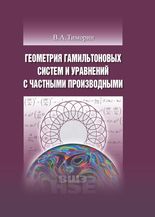 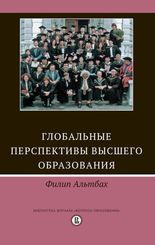 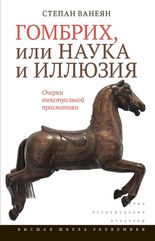 This book comprises a collection of essays on vital problems of art history seen as the practice of reviving of meanings related to the visual reality of the past. Here the model for the investigator has een Ernst Gombrich, the art theorist, as well as art historian, whose scholarly discourse is truly creative. Gombrich revealed the performative core of any kind of scholarly knowledge. Gombrich's work and personality, and also the story of his relationships with Popper, Warburg, Panofsky, Mitchell, Preziosi, Wind and many others, give us insight in research as interpersonal communication in the variety of conceptual contexts, which causes specific illusive effects resembling the illusion which is usually considered typical of visual arts exclusively.

The book will be useful to specialists in esthetics, psychology and philosophy, and to all interested in art and its interpretation. 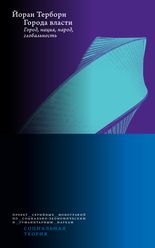