by year
Subject
News
Faster and More Precise: Researcher Improves Performance of Image Recognition Neural Network
A scientist from HSE University has developed an image recognition algorithm that works 40% faster than analogues. It can speed up real-time processing of video-based image recognition systems. The results of the study have been published in the journal Information Sciences.
‘Not Testing the Knowledge, But Testing Whether You Are Ready to Interact with Reality’
The roundtable "Teaching Economics to High School Students: Curricula, Practices, Competitions" took place as part of the XXII April International Academic Conference on Economic and Social Development. Danil Fedorovykh, Deputy Vice Rector of HSE University and the President of the Executive Board of the International Economics Olympiad (IEO), initiated the session. Alexander Zhitkovskiy, Head of the Project Laboratory for Development of Intellectual Competitions in Economics (Faculty of Economic Sciences, HSE University), was the co-moderator.
Mirror Labs: A Geographic Effect
The HSE Laboratory for Neurobiological Foundations of Cognitive Development (Neuropsy Lab) is one of 13 winners of the HSE Mirror Laboratories Competition and the only lab headed by an international faculty member. The Neuropsy Lab’s partner institution is the Scientific and Educational Centre for Interdisciplinary Research and Art Technologies based out of Ulyanovsk State University. The HSE Look spoke about this collaboration with the lab’s head – Dr Marie Arsalidou, Associate Professor at the HSE School of Psychology.
Publications
Author:
Campus:
Any
Moscow
Saint Petersburg
Nizhny Novgorod
Perm
Sub-department:
Keywords:
Subject:
Priority areas:
▼
Language:
▼
russian  english
Year:
2022
1958
Add a filter
Of all publications in the section: 4
Sort:
by name
by year

The book analyzes in detail the "Messenger of Europe", which was in the 1800s-early 1810s the largest and most influential periodical in Russia, in which many later canonical forms of journalism were established for the first time. The magazine's position reflected the worldview of the raznochintsy-enlighteners, which explains the magazine's constant polemics with the most significant and influential figures of contemporary Russian literature, that had a distinctly elitist character. The magazine reveals the origins of the aesthetic tradition, which was partly perceived later  by leftist literary critics. The work also contains a number of factual clarifications (attributions, demonstration of some new documents). 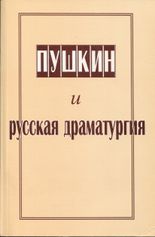