by year
Subject
News
Researchers Propose Method to Increase Charge of Supercapacitors
Researchers from HSE MIEM and the Institute of Non-Classical Chemistry in Leipzig have proposed a new theoretical model of supercapacitors that takes into account the properties of a cation, which considerably impacts the electric differential capacitance of supercapacitors. This is the first publication of its kind in electrochemistry. The authors believe that the model will allow engineers to create more powerful energy sources in the future. The results of the study were published in The Journal of Physical Chemistry C. The study was completed with support from a grant by RSF.
HSE University Researchers Develop First Standardized Russian-Language Test for Aphasia-related Disorders
Researchers from the HSE University Centre for Language and Brain have created and standardized a new test battery for diagnosing language disorders in people with brain damage. The test is the first standardized assessment tool in Russia in the field. The paper entitled ‘The Russian Aphasia Test: The first comprehensive, quantitative, standardized, and computerized aphasia language battery in Russian’ has just beenpublished in the PLOS ONE journal.
‘We Know Where to Find Geoinformation and How to Work with It’
In October, the HSE Faculty of Geography and Geoinformation Technology launched the Geodata Centre. In addition to developing its own research and commercial projects, the Centre provides auxiliary educational services related to the collection and processing of spatial data, performs geographic analysis, captures video and photo using drones, and processes data received via remote probing of the Earth. Tatiana Aniskina, Head of the Centre, speaks about the importance of geodata.
Publications
Author:
Campus:
Any
Moscow
Saint Petersburg
Nizhny Novgorod
Perm
Sub-department:
Keywords:
Subject:
Priority areas:
▼
Language:
▼
russian  english
Year:
2022
1958
Add a filter
Of all publications in the section: 10
Sort:
by name
by year

This book aims to explain the reasons behind Russia’s international conduct in the post-Soviet era, examining threat perceptions and national security doctrines. Serguning analyzes Russian foreign policy discourse with a particular focus on the major foreign policy schools of Atlanticism, Eurasianism, derzhavniki, realpolitik, geopolitics, neo-Marxism, radical nationalism, and post-positivism. The author critically assesses the evolution of Russian foreign policy decision-making over the last 25 years and analyzes the roles of various governmental agencies, interest groups and subnational actors. Concluding that a foreign policy consensus is gradually emerging in contemporary Russia, Sergunin demonstrates that Russian foreign policy discourse aims not only at the formulation of an international strategy but also the search for a new national identity. Sergunin argues that Russia’s current domestic situation, defined by numerous socio-economic, inter-ethnic, demographic, environmental, and other problems, dictates the need to abandon superpower ambitions and to set modest foreign policy goals.

This volume deals with one of the most understudied aspects of everyday life in Russian society. Its main heroes are the providers of goods and services to whom people turn for healthcare instead of official medical institutions. A wide range of agents is described—from network marketing companies to 'folk' journals on health as well as healers, complementary medicine specialists, and religious organizations. Krasheninnikova’s book is based on rich empirical observations and avoids both positive and critical assessment of the analyzed phenomena. Her investigation pays particular attention to the legal, social, and economic status of informal healthcare providers. She demonstrates that these agents tend to flourish in bigger towns rather than in small settlements, where public healthcare is lacking. The study reveals the important role of institutions that are generally not related to alternative medicine, such as pharmacies, libraries, and church shops.  The result is a vivid and thorough introduction to the world of self-medication and alternative healing in contemporary Russia. A special emphasis was made on the flexibility of boundaries between formal and informal healthcare due to the evolution of rules and regulations.

Book
NGOs and HIV/AIDS in Russia: a political assessment
Pape U. ibidem-Verlag, 2009.

In contrast to the internationally wide-spread stereotype of Russia as a revisionist power in the High North, this book argues that Moscow tries to pursue a double-sided strategy in the region. On the one hand, Russia aims at defending her legitimate economic interests in the region. On the other hand, Moscow is open to co-operation with foreign partners that are willing to partake in exploiting the Arctic natural resources. The general conclusion is that in the foreseeable future Moscow’s strategy in the region will be predictable and pragmatic rather than aggressive or spontaneous. The authors argue that in order to consolidate the soft power pattern of Russia’s behavior a proper international environment in the Arctic should be created by common efforts. Other regional players should demonstrate their responsibility and willingness to solve existing and potential problems on the basis of international law.

This monograph discloses the estate-based social structure of contemporary Russia by way of outlining the principles of the USSR's peculiar estate system, and explaining the new social estates of post-Soviet Russia. Simon Kordonsky distinguishes and describes in particular the currently existing Russian service and support estates. He introduces the notions of a resource-based state and resource-based economy as the political and economic foundations for Russian society’s estate structure. His study demonstrates, moreover, how the method of inventing and institutionalizing threats plays a dominant role in the mode of distribution of scarce resources in such a social system.

Book
Striving for social change. NGOs in the field of HIV/AIDS, drug policy and human rights in the Russian Federation
Pape U. Stuttgart: ibidem-Verlag, 2010.

Utilizing a wide range of empirical cases, the contribiutions in this edited volume highlight the different aspects of the role, development and societal background of civil society in Central and Eastern Europe. The chapter “Striving for Social Change” investigates the role of NGOs in the fields of HIV/AIDS, drug policy and human rights in the Russian Federation.

This innovative book offers a fresh perspective on the national work culture of Russia and the substantial role foreign institutional and cultural impact has had in shaping it. Russia's contemporary work culture is understood as a national system supplemented by new values and attitudes that have been adopted through the mediation of foreign individuals and corporations or in response to the challenges of Western competition. The book argues that the foreign factor triggers change in the landscape of Russia's work culture, the scope of which depends on the type of influence. However, there is a certain core of the work culture that remains resistant to any external impact. 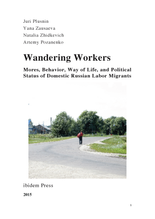 This timely book offers a fresh perspective on the issue of contemporary migratory labor, otkhodnichestvo, in Russia-the temporary departure of inhabitants from small towns and villages for short-term jobs in the major cities of Russia. Although otkhodnichestvo is a mass phenomenon, it is not reflected in official economic statistics. Based on numerous interviews with otkhodniks and local experts, this stunningly original work focuses on the central and northern regions of European Russia. The authors draw a social portrait of the contemporary otkhodnik and offer a sociological assessment of the economic and political status these 'wandering workers' live with. 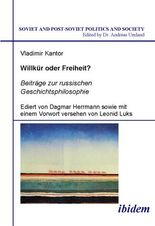