by year
Subject
News
HSE and Sberbank Will Host the April International Academic Conference on Economic and Social Development
From April 13 – 30, 2021, the XXII April International Academic Conference on Economic and Social Development (AIAC) will be held in Moscow. For the first time, the conference will be co-organized by HSE University and Sberbank.
‘We Managed to Create Another Centre of Mathematical Life in Moscow’
In celebration of Russia’s Year of Science and Technology, we continue our series about HSE University’s international laboratories, which are headed by world-class scientists and scholars. The first of these, the Laboratory of Algebraic Geometry and Its Applications, was established in October 2010. Below, Laboratory Head Dmitry Kaledin discusses the Lab’s history, research, achievements, and current activities.
Scientists Assess the Effectiveness of Forest Fires Suppression in the Russian Regions
April officially marked the beginning of the peak forest fire season across Russia, and preventative measures have recently been discussed at the Ministry of the Russian Federation for Civil Defence, Emergencies and Elimination of Consequences of Natural Disasters (also known as The Ministry of Emergency Situations, MChS) and at a meeting in which the President of the Russian Federation participated. Regions have already started taking measures to prevent forest fires, and a team of researchers from the Faculty of Economic Sciences of HSE University has proposed a mathematical model by which the effectiveness of these measures can be evaluated. Using this algorithm, they compared Russian regions in terms of the success of their firefighting activities. Details of the work have been published in the collection ‘Dynamics of Disasters: Impact, Risk, Resilience, and Solutions’.
Publications
Author:
Campus:
Any
Moscow
Saint Petersburg
Nizhny Novgorod
Perm
Sub-department:
Keywords:
Subject:
Priority areas:
▼
Language:
▼
russian  english
Year:
2022
1958
Add a filter
Of all publications in the section: 1
Sort:
by name
by year 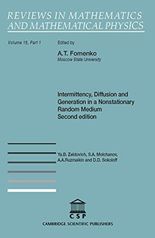