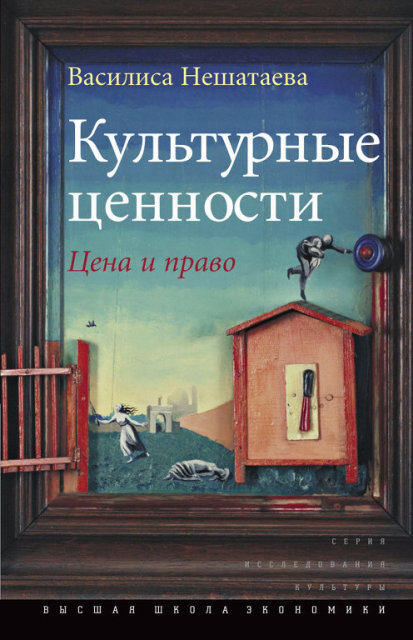 Similar publications
Professional Judgement and its Role in Developing and Analysing Company's Financial Policy
Makarov A. S. In bk.: History of Accounting, Business Administration Doctrines and Development of New Methods of Management in Italy and in Russia. 1-2 October 2007, Florence. Nizhny Novgorod: 2008. P. 65-79.
The legal, methodological base and example of the modern bakruptcy analysis of a Russian company is considered under its development from the 1992 to 2007.
История новой линейки по обществознанию: инновационные учебники для старшей школы
Поляков Л. В. Вестник образования. 2009. № 1. С. 8-15.
Правовое регулирование предпринимательской деятельности./ Учебное пособие. 3-е издание, исправленное и дополненное
Беляков В. Г. СПб.: Высшая школа менеджмента СПбГУ, 2008.
The Legitimacy of the Bolshevik Order, 1917-1918: Language Usage in Revolutionary Russian Law
Borisova T. Y. Law. LAW. Высшая школа экономики, 2012. No. 05.
The article describes and analyzes the legislative politics of revolutionary regimes in Russia in 1917-1918. The author aims to demonstrate the political meaning of the form of early Soviet legislation and its legitimizing effect. The revolutionary legislators often used specific language in the new laws as a vehicle of legitimacy, i.e. to make the people comply. The two main types of legal language used by the Bolsheviks can be interpreted from the perspective of different types of legitimacy. The revolutionary strategy used propagandistic legislation, written in the language of lay people, which urged them to act according to the new law. It can be seen as a request for acts of the people to legitimize the soviets. On the contrary, the traditional strategy employed old bureaucratic means of writing and distributing legislation to the local soviets. The language used by this strategy was closed to the understanding of a lay audience and implied traditions of obeying the law written in familiar legal language, which in turn implied rational/legal legitimacy. The second strategy had already become dominant after the first months of the Bolshevik revolution. This observation demonstrates that from the very beginning of their rule, Soviet leaders approached legislative policy from a technocratic point of view, which determined the further development of Soviet legal theory and practice.
Предметная характеристика медицинской деятельности как основа ее уголовно-правовой охраны (опыт России, США, Франции)
Нагорная И. И. Право и политика. 2012. № 5. С. 887-896.
О зависимости статуса дисциплин от культурно-регионального контекста (на примере стенографии)
Левинсон К. А. Гуманитарные исследования. WP6. Высшая школа экономики, 2011. № 05.
Does Culture Matter? The Impact of Tolerance on Economic Modernization in a Comparative Perspective
Shcherbak A. Sociology. SOC. Высшая школа экономики, 2012. No. 05.
Is tolerance important for modernization? What can one say about the relationship and causality between tolerance and modernization? It is assumed that an increase in tolerance, expressed as a tolerant attitude towards homosexuality, gender equality, and a decrease in xenophobia, has a significant impact on modernization. Here modernization is understood in a ―narrow‖ sense, referring to economic and technological modernization. The author uses the ―cultural modernization‖ approaches of R.Inglehart and the ―creative class‖ concept of R.Florida. Based on data from 55 countries, the author concludes that tolerance does have a significant impact on modernization, with gender equality being the most predictive factor and proving to be important in three groups of compared models (Index of Modernization, Innovation Index, and Investment Index). A tolerant attitude towards homosexuals and a decrease in xenophobia play a less significant role. Gender equality is an important predictor for modernization because women are in the majority – not the minority – and lowering entry barriers for women leads to their inclusion in a post-industrial economy. The results show that this is extremely important for economic modernization. Two distinct patterns of modernization are revealed: A tolerant model and a catching-up model. The former model focuses on innovation, high levels of tolerance, and strong institutions, while the latter focuses on investment, a lower-level of tolerance, and weak political institutions. Institutions do matter – they seem to be a causal mechanism in the relationship between tolerance and modernization. Institutions play a significant role in the tolerant model, where a post-industrial economy is associated with a post-industrial society. However, some countries try to build a post-industrial economy without building a post-industrial society, putting the main emphasis not on innovation, but on higher investment rates.
К вопросу об изменении правовой системы Уэльса после английского завоевания. Валлийский статут
Лошкарева М. Е. В кн.: Кодификация законодательства: теория, практика, техника: Материалы Международной научно-практической конференции (Нижний Новгород, 25–26 сентября 2008 года). Н. Новгород: Нижегородская академия МВД России, 2009. С. 565-577.
University Archivists as Corporate Memory Agents in Nineteenth-Century Russia
Ilina K. A., Vishlenkova E. A. Humanities. HUM. Basic Research Programme, 2012. No. 12.