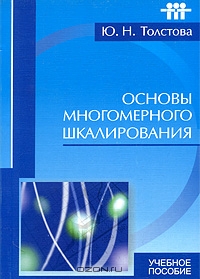 Similar publications
Evaluating the dimensionality of the relative autonomy continuum in US and Russian samples
Sheldon K. M., Osin E. N., Gordeeva T. O. et al. PSYCHOLOGY. WP BRP. Издательский дом НИУ ВШЭ, 2015. No. 48.
We conducted a psychometric evaluation of the "relative autonomy continuum" postulated by Selfdetermination theory (SDT), a continuum whose validity has recently been questioned. We started by a) examining all of the RAI items we could find, across multiple published and unpublished scales; b) extracting the core repeating words and concepts via paired-item paraphrase analysis; and c) expressing all of the resulting concepts in 38 simple, clear new items. We administered the 38 items to multiple Russian and American samples, asking participants to rate their academic motivations. Initial psychometric analyses eliminated several items, leaving 35 items for analysis. The traditional RAI dimensions of amotivated, external, introjected, identified, and intrinsic were confirmed via confirmatory factor analyses, simplex congruency analyses, and multidimensional scaling (MDS) analyses. We also tested a sixth dimension first proposed by Assor, Vansteenkiste et al. (2009), positive introjection, and confirmed its location between negative introjection and identification on the relative autonomy continuum. In addition to confirming the predicted sequence of the items and the six subscales along a primary dimension, MDS analyses also identified a second dimension corresponding to the distance of the item from the center of the continuum, suggesting that using weighting procedures when constructing aggregate motivation scores may be justified. In an attempt to provide the field with a standardized relative autonomy index (SRAI) with known properties, that can be flexibly applied to assess motivation in any and every behavioral domain, we empirically compared several methods of scoring and analyzing the data, focusing on maximizing the associations between academic motivation and subjective well-being. These scoring methods included computing and analyzing each of the six subscales separately; computing and analyzing autonomous and controlled motivation separately; computing a relative autonomy score (autonomous minus controlled motivation); and computing relative autonomy scores in which greater weight is given to subscales nearer to the two extremes of the continuum. Weighted and Unweighted RAI scores predicted SWB equally, indicating that unweighted scoring, which minimizes the number of assumptions made, should be preferred. The positive effect of autonomous motivation was stronger than the negative effect of controlled motivation; intrinsic and introjected motivation were the strongest stand-alone predictors among the 6 sub-scales.
Анализ текстов полицейских отчетов с помощью эмерджентых самоорганизующихся карт и многомерного шкалирования
Пульманс Й., Игнатов Д. И., Ван Хюлле М. и др. В кн.: Интегрированные модели и мягкие вычисления в искусственном интеллекте. Сборник научных трудов VI международной научно-технической конференции (Коломна, 16-19 мая 2011 г.). В 2-х томах. Т. 2. М.: Физматлит, 2011. С. 915-925.
Эконометрическое сопоставление инновационных систем субъектов РФ методами многомерного шкалирования
Перекрест В. Т., Шакирова Н. И. Управленческое консультирование. 2011. № 3. С. 146-159.

The technology of the comparative analysis of innovation systems of the subjects of the Russian Federation is proposed. The technology is based on usage of non-parametric approaches to metric multidimentional scaling. General technology is illustrated by econometric comparison of the sunjects of the Russian Federation in the direction of "Technological innovations" using data from official statistics.

According to the theory of basic human values (Schwartz, 1992), values form a circular motivational continuum. The original publication and most subsequent research partitioned this continuum into 10 values. In theory, however, it could be partitioned into a larger number of more narrowly defined values. We use multidimensional scaling (MDS) and confirmatory factor analysis (CFA) of data from the Portrait Values Questionnaire in Poland (N=10,439) to assess a finer partitioning of values. MDS confirmed the circular motivational continuum of 10 values, with benevolence and universalism reversing positions. CFA discriminated 15 hypothesized values: 2 subtypes of universalism (protecting the environment and societal concern), 2 of achievement (ambition and showing success), 2 of self-direction (autonomy of action and autonomy of thought), 2 of security (national security and personal security), 2 of tradition (tradition and humility), plus stimulation, hedonism, power, conformity and benevolence. These 15 values were also distinguishable in the MDS projection.

This paper examines commonalities and differences in the value theories proposed by Ronald Inglehart and Shalom Schwartz. A systematic review of previous findings was conducted. Then, we showed, with a joint multidimensional scaling (MDS) analysis, that Schwartz’s Autonomy vs. Embeddedness dimension tends to lie at the diagonal of the Inglehart Cultural Map of the World, suggesting that in order to be autonomous/open, individuals need to have both self-expressive and secular-rational values, whereas being embedded /conservative involves both traditional and survival values. Two distinct regions of Schwartz’s values (one at each level) which are missed by Inglehart’s instrument were identified. At the same time, an MDS plot revealed that, at the individual level, Inglehart’s Survival values are not captured by the Schwartz’s items included. The obtained structures at the two levels of analysis were shown to be remarkably similar (Tucker’s Phi > .90).

MEASURES OF MOTIVATION OF FINANCIAL SECTOR BUSINESS LEADERS
Strizhova E. Psychology. PSY. Высшая школа экономики, 2017. No. WP BRP 74/PSY/2017.
The article presents the results of the research conducted on a sample of a financial organizations business leaders with the aim of finding out the key scales of the motivational space that determine the labor activity. The research used a motivational task procedure (Strizhova, Gusev, 2013). Motivational task is a means for consistent evaluation of a person’s actual field of motivational objects and subsequent motivational space reconstruction thereby. The conditions for the solution of a motivational problem are realized in Motivation Map method. The diagnostic procedure presupposes multiple visual comparative evaluation of the list of motivation objects in the 2-dimensional graphic space of evaluation scales. As a result of multidimensional scaling of the data obtained, empirical scales of labor activity motivational space were obtained: Personal Priority, Social Importance, Personal Potential.
Современный менеджмент: проблемы, гипотезы, исследования : сборник научных трудов
Вып. 1. М.: Издательский дом ГУ-ВШЭ, 2009.
Непосредственные вопросы
Вып. 1. М.: Некоммерческая исследовательская служба «Среда», 2011.
Is Education a Signal on the Russian Labour Market?
Aistov A. Education. EDU. Высшая школа экономики, 2012. No. 5.
This research focuses on estimating the signalling role of education on the Russian labour market. Two well-known screening hypotheses are initially considered. According to first of these, education is an ideal filter of persons with low productivity: education does not increase the productivity of a person, but it does give him the possibility to signal about his innate productivity via an educational certicate. The second of these hypotheses admits that productivity actually does increase during the period of study, but nevertheless the main objective of getting an education is to acquire a signal about one's productivity. Information theory suggests that employees use education signals during the hiring processes whereby employers screen potential employees. Employers and other categories of self-employed workers are usually not screened by the labour market via their educational attainments. Comparison of the returns to education of employees vs. self-employed workers could show the difference between the returns to signals and the returns to human capital. Yet another way to understand the signals is to consider the time dynamics of the returns to education for employees staying in the same firm. This helps us to answer the question about whether the signals are valuable only during the hiring process, or whether they remain valuable during the whole experience with the firm. This research is based on the Mincerian-type earnings functions, estimated on RLMS-HSE and NOBUS data. On the basis of the available information, we cannot say that the returns to signals and human capital differ significantly in Russia. Nevertheless we can say that, for the majority of men, the return to educational signals decreases with time spent in the same firm, while we observe the opposite for women.
Ритуалы в медиатизированном обществе
Черных А. И. Политическая теория и политический анализ. WP14. Высшая школа экономики, 2012. № 03.
Математическое моделирование социальных процессов
Edited by: А. Михайлов Вып. 14. М.: Социологический факультет МГУ, 2012.
Российские дискурсы о миграции: «нулевые годы»
Мукомель В. И. Демоскоп Weekly. 2011. № 479-480.
Политическое управление и культурная политика
Новичков Н. В. Вестник Московского государственного университета культуры и искусств. 2011. № 4. С. 22-30.