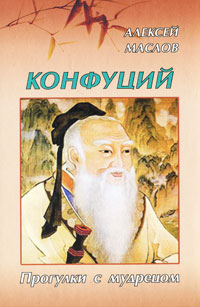 The article describes Confucius study as a part of political language. It gives a detailed analysis of different public acts and documents, various media publications and speeches of Chinese politicians which evolve Confucius ideas that influence on the official political discourse in modern China. First of all, Confucius has thought that speech should be simple, clear and short. It should come from the bottom of your soul. From his point of view, social disorder often stemmed from failure to perceive, understand, and deal with reality. One of the most fundamental ideas is rectification of names. If a name is uncorrect, language mapping the truth of things and it leads to unsuccessful businesses. The author shows how this requirements for the speeches influence on the political language in modern time. The article goes on to say that not all Confucius ideas are used in the political discourse. Sometimes politicians can change the actual meaning and employ them for their own profits. Among other ideas, modern politicians emphasize the idea of rectification of names, the idea of the importance of continuity, the idea of significant meaning of connections between generations, humaneness, the idea of rules that should be based on justice and the idea of honest officials. The article is proved that the influence of Confucius is manifested not only in the specific policy decisions, but also in political discourse.

The unique pedagogical heritage of Confucius consists in the fact that he rejected formal teaching and focused on spiritual and ethical guidance. Confucius believed that on the Path of Tao, a teacher should take into consideration his students’ inborn abilities and innate characteristics.

Some people call him a symbol of the Chinese nation, others call him the Teacher of Teachers and the Great Sage, while others consider him the greatest mystic. Or maybe he was just a philosopher, tired of unhelpful students, from rejection of his ideas, because the world has not followed him? This book is an original presentation of the ideas and history of Confucius' life, accompanied by excerpts from the records of his sayings "Conversations and judgments.  A wise, meditative and instructive story...