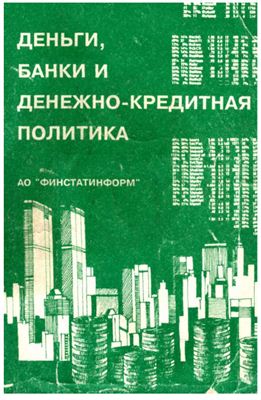 With the vow of non-possession being an essential concept in Russian monasticism, real monastic practices of the 17th-century Muscowy, as we can perceive relying on preserved documents, demonstrated certain negligence of the vow. Large monasteries acted as corporations that produced goods and traded them to cover living expenses. Although, in theory a monetary profit was not the goal, certain monasteries would often not only trade, but lend out money, sometimes even with interest. By the 2nd half of the 17th century in Muscowy, there existed not only monastic communities, but also independent monks only formally affiliated with some Moscow monastery. As a rule, they were natives of the South-Western regions of Russia (modern territories of Belorussia and Ukraine). In general, they​​​​​​​ were educated in Poland or in the Grand Duchy of Lithuania, took their vows in home monasteries and then moved to Moscow in search of a better life or due Monks and money in the early modern Muscowy to war or social instability in homeland. They would enjoy greater mobility and freedom in their activities than a common monk would – they were employed at the Tzar’s court, interacted with boyars and church leaders. One of the most well-known monks of the type was the first Muscowy court poet and preacher Simeon Polotsky (1629-1680). His manifold background and experiences, as well as his preserved archives, inspired me to look into his​​​​​​​ financial situation: ways in which he earned and accumulated money, expenditures he may have faced during his life in a Moscow monastery and his service at Tzar’s court, currency of his savings. I will address in detail Simeon’s last will – a unique document, providing an extensive data on the financial sphere of Simeon’s life. The study is meant to be comparative, thus giving a general perspective​​​​​​​ on Simeon’s place in the economic structure of the Muscowy Tzar court and Moscow monastic and clerical communities.

Despite the wide spread of the cryptocurrency around the world, the Russian Federation has not yet developed a mechanism for legal regulation and taxation of this phenomenon. This is closely related to the fact that its legal nature not defined. The authors have analyzed the possibility of assigning a cryptocurrency to one of the existing legal categories within the system of civil rights objects.

In the real world both money and power turn out to be manifestations of a broader phenomenon – might, and are related to each other.

Cross-cultural research is crucially important in the modern globalized world where diﬀerent cultural notions clash and interact. Tis article sheds light on the notions “money” and “house”, which represent attitudes to property, in the perception of Russians and the Japanese. Te research method is an association experiment that allows to explain the grounds for mutual understanding or possible misunderstanding in the instances of interethnic contacts. Analysis of association felds formed on the basis of two Russian and one Japanese sampling shows that modern Japanese tend to perceive money as benefcial, while modern Russians tend to perceive it as something evil and related to governance. 21st-century Japanese respondents and 21st-century Russian respondents proved to be more work-oriented than their early 1990s Russian counterparts. Regardless of cultural diﬀerences, both Russians and the Japanese admitted their need of money as an indispensable element of modern life. A house is understood in both cultures as a place to live in, but 1990s Russians found it less cozy and comfortable than 21st-century Russians and the Japanese.