The Russian Empire in the Eighteenth Century. Searching for a Place in the World

Russia's eighteenth-century drive toward modernity and empire under the two "greats" - Peter I and Catherine II - is fully captured in this new work by one of Russia's outstanding young historians. Kamenskii develops three themes: Russia's encounter with European civilization; the transformation of "Holy Russia" into a multinational empire; and the effects of efforts from above to modernize Russia selectively along Western lines. Writing in a clear, crisp style, the author enlivens his narrative with observations from contemporary literary figures and political commentators that illuminate the significance of the events he describes.

In preparing this first history of eighteenth-century Russia to be written in many years, Kamenskii has drawn on the work of several generations of historians from many nations. His goal - gracefully achieved - has been to produce a readable, one-volume synthesis revealing the events and processes that were of greatest importance in transforming Russia into one of the world's most lasting empires. 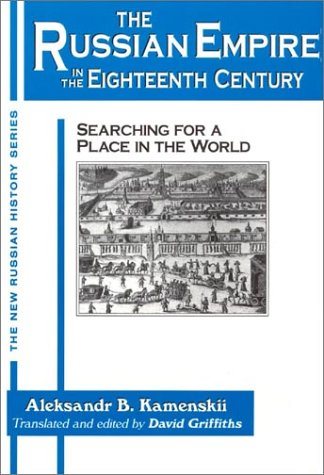