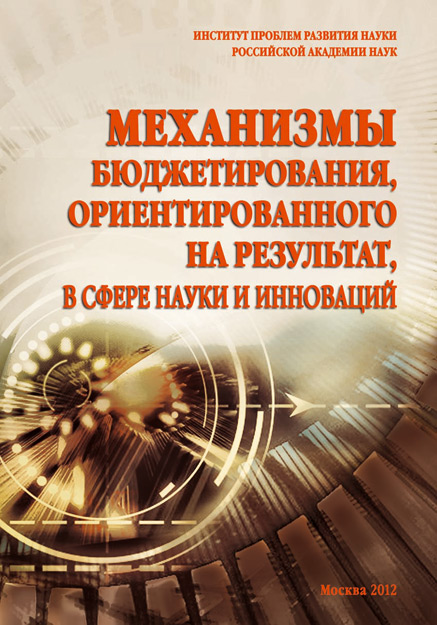 The research of trends of the development of the scientific bibliometric information in distributed databases as an application of the Kondratyev’s theory of cyclic dynamics of the socio-economic systems was carried out in this work. A structural analysis of resources of the intellectual information space was fulfilled and an algorithm for forecasting of the development of scientific and technological trends which basis on the analysis of equidistant time series’ distribution of patents in databases was designed. Indicators, which are reflecting the development of the potential of technology trends and the methodology for calculating ones, were built and represented.

This book presents nine case studies on small and medium-sized Russian innovative companies that received at different times financial support of the Foundation for Assistance to Small Innovative Enterprises in Science and Technology (FASIE). These case studies reveal 'live' experience in the setting up and development of innovative businesses in various fields: production of new products and materials, IT, industrial, scientific and medical devices, medical diagnostics. Various specific examples show the main problems faced by small innovative companies in raising financial backing for R&D and further commercialization and implementation of new products, technologies and services, as well as ways and means to address these problems in a different business environment. All case studies were elaborated on the basis of in-depth interviews with company executives within the framework of the project “Factory of cases”, completed by Higher School of Economics by commission from FASIE. The book also contains the review article, illustrating the specifics of innovative activity of small and medium-sized start-ups in Russia, and additionally provides brief analytical findings based on the results of the special study “Social profile of the modern russian innovative entrepreneur”, conducted by the Institute of Innovation Management in 2011. These collected articles are designed for innovative entrepreneurs and executives of small and medium-sized innovative companies, investors, managers and specialists of innovation support infrastructure.

Innovative activity of companies differs due to their sphere. This paper will focus on companies operating in the IT (Information Technology) sphere, whose business success depends on innovations more than the success of companies in any other sector. Innovations for manufacturing hi-tech products, for example, computer equipment, demand more intense (narrower) focus on product innovations owing to the fact that the basis of viability and financial well-being of hi-tech companies is demand for their products. Therefore, innovations in such companies are mostly directed at creation of new products or modernization of the already existing ones. As a consequence, in order to define the activity of IT companies more precisely we should use specific classification of innovation strategies. The innovative behavior of IT-companies is one of the main sources of competitiveness, business survival and economic growth. It is therefore important to identify and understand the factors that determine innovation behavior among IT enterprises. Innovation behavior depends on innovation capacity and is realized in a particular innovation strategy. This paper attempts to show the mechanism of choosing the most appropriate innovation strategy and the most accurate project estimation. Using the data collected on IT companies, the correlation between innovation strategies and company’s performance was found.

In light of globalisation of knowledge generation, Science and Technology have opened up previously distinct borderlines now favoring overlapping if not merged fields. Hence innovation becomes more complex by bundling different technological solutions in new products, processes, services and business models, which stem from different scientific and technological roots. Thus spillovers are an essential precondition towards the establishment of new interdisciplinary fields of knowledge, science and technology. The paper reviews and synthesizes literature on spillovers, introduces a typology of spillovers and a taxonomy of spillover channels, estimates the economic impact of spillovers. Special attention is paid to assessing recipient’s capabilities to absorb new knowledge thus gaining advantages for own development. The author concludes that knowledge spillovers have a positive impact on performance of a recipient (company, country or region) as long as it possesses sufficient absorptive capacity. Spillovers might under certain circumstances lead to strengthening competition between knowledge recipients at the cost of the place of origin. Nonetheless the latter still is in a position to use instruments of legal protection of own knowledge (under certain circumstances), build on the existing competences and capacities and invest in the next frontier of knowledge and technology in certain fields and moreover create a boom in the field of knowledge and technology generated using marketing instruments extensively.

Governments around the world place great hopes in innovation in their search for new sources of growth and for responses to grand challenges, such as climate change, new or re-emerging infectious diseases, accelerating urbanisation, ageing, food security, and availability of clean water. However they must devise their relevant support policies -- including through sponsored research within public research institutes -- taking into account that innovation processes are currently undergoing a major transformation. New innovation patterns include a broadening scope of relevant activities, a growing importance but changing nature of scientific roots of technological development, a stronger demand-pull, the emergence of new local and national STI powerhouses, and the rise of more open and globalised innovation networks. They translate into new opportunities but also constraints for policies to enhance the contribution of public research institutes to national innovation performance. The article derives the main policy implications regarding the desirable evolution of the mission, research focus, as well as the funding and steering of public research institutes, with a special reference to Korea.

The Model of Managed Impacts: How to Make Optimal Budget Decisions for the Company
Tsarkov I. In bk.: Achieving Competitive Advantage Through Managing Global Resources. NY: Global Business And Technology Association, 2007. P. 743-751.

This article is about the original way to solve the problem of making optimal and balanced financial and investment plans for the company. The mathematical model of the managed impacts lies in the basis of this approach. This model is used for linear programming optimization which helps to find the best budget decisions for the company. This method allows to concentrate on the objectives of the company and to make the budget an effective instrument for realization of the company’s strategy. Also the model allows to use the project management in the budgeting process more effectively.

The paper contains a review of the on-line services’ contemporary state, which are providing access to scientific data bases of patents and publications in magazines. On the example of a family of screen’s technologies (CRT, LCD, PDP) were shown the development and the replacement of technological trends in that branch of researches. This analysis was performed on the base of time series of the patent data via methods of the data mining.