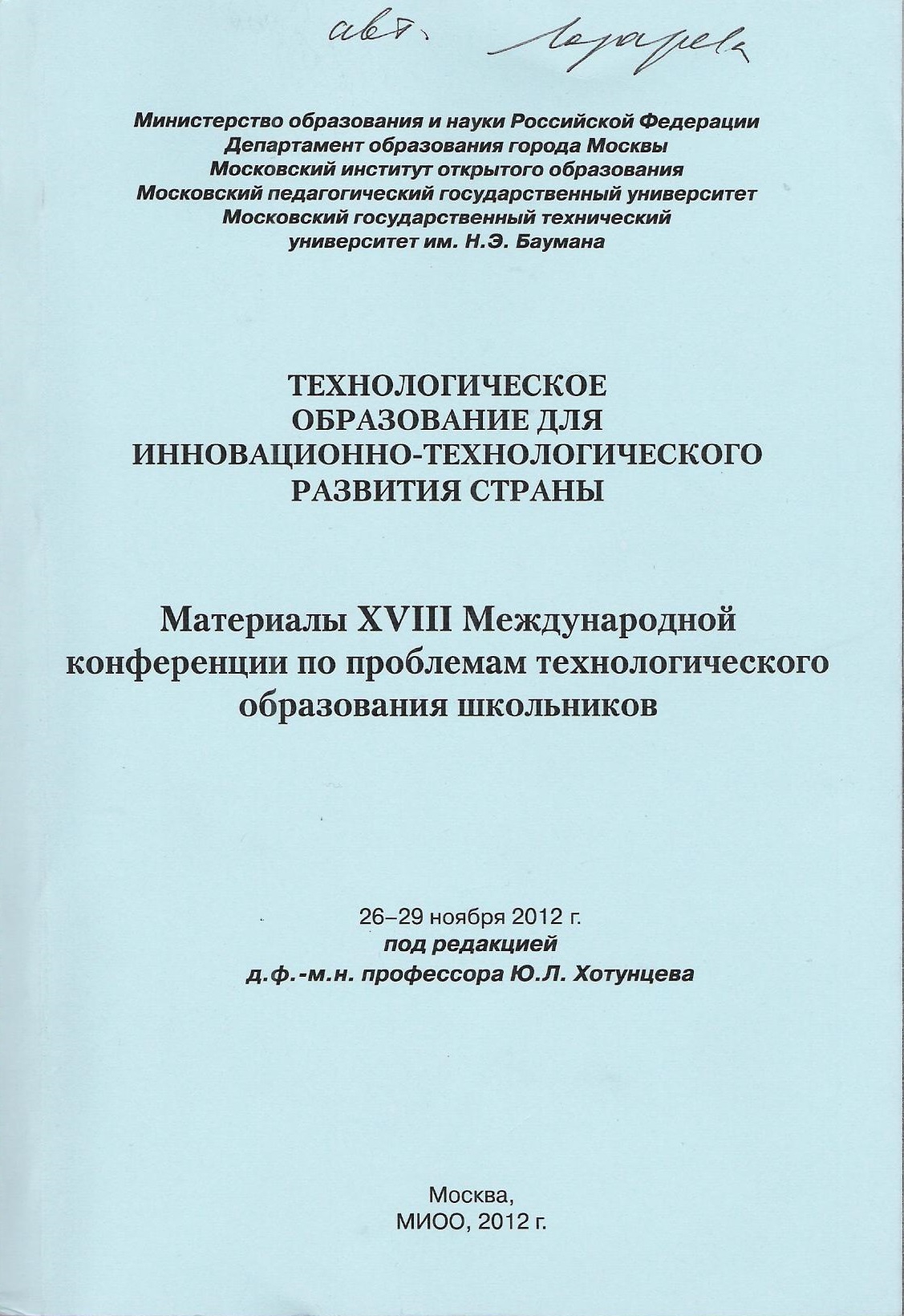 Methodological guide for the implementation of extended educational programs for   orphans and children left without parental care "To my future" reveals the problems relating to the self-determination of adolescents in institutions, in the logic of barriers-solutions helps educators and staff to help with self-identification and search for educational trajectory of adolescents.

The publication is devoted to a problem of professional self-determination, expansion of diagnostic and consulting toolkit, contains the description of a projective technique genogramm, used in psychological consultation with a view of development of professional identity of the client. The opportunity of application of a method at initial and later stages professional is shown.

Background. During the last decade, life calling has become an areas of dynamically developing research in psychology, management, and counseling. However, it has not been empirically investigated in Russia, despite Russia’s rich intellectual and spiritual tradition, and abundant research on related constructs, such as personal meaning.

Objective. The aim of the present study is an initial qualitative exploration of the concept of calling in Russian culture.

Design. We employed qualitative document analysis to examine openended responses from 104 college students regarding their definition of calling, and the actions they undertook to discern and implement that calling.

Results. We found that the students saw a calling as something more than a mere job; were intrinsically motivated to find and dedicate themselves to it; associated a calling with the use of their abilities; and at the same time expected it to make them more energized and successful without considerable effort. While some participants felt called to a specific domain, the majority indicated abstract other or self-oriented callings. Regarding the implementation of their calling, the participants fell into two groups: those who did something specific, such as study and practice, and those who did something vague, such as “everything” or “nothing”.

Conclusion. These results are largely in line with similar findings in other cultures. The results can be used in career guidance in educational institutions, as well as in private counseling. Specific recommendations for practice, as well as directions for future research, are explored.

Практики профориентации
Хавенсон Т. Е., Алексеева К. В. В кн.: (Не)обычные школы: разнообразие и неравенство. М.: Издательский дом НИУ ВШЭ, 2019. С. 77-103.
Поддержание изменений в университетах. Преемственность кейс-стади и концепций
Кларк Б. Р. М.: Издательский дом НИУ ВШЭ, 2011.
University Admission In Russia: Do the Wealthier Benefit from Standardized Exams?
Prakhov I., Yudkevich M. M. Education. EDU. Высшая школа экономики, 2012. No. 04.
This paper examines the impact of family income on the results of the Unified State Examination (the USE) and university choice in Russia. We argue that, even under the USE, which was introduced instead of high school exit exams and university-specific entrance exams, entrants from wealthy households still have an advantage in terms of access to higher education, since income positively affects USE scores through the channel of a higher level of investment in pre-entry coaching. Moreover, richer households make more effective decisions about university. We have found positive and significant relationships between the level of income and USE results for high school graduates, with an equal achievement before coaching. We subsequently propose that students from the most affluent households do invest more in additional types of preparation (pre-entry courses and individual lessons with tutors), and those extra classes provide a higher return for children from this particular income group. Finally, we show that holding the result of the USE equal, students with good and fair marks from wealthy families are admitted to universities with higher average USE score than those from poorer families. As a result, we can observe that income status is a factor that significantly influences enrollment to university.
Материалы 77-й Международной научно-технической конференции ААИ «Автомобиле- и тракторостроение в России: приоритеты развития и подготовка кадров»
Кн. 14: Секция 14. Развитие образовательного процесса на основе современной системы интерактивного обучения в условиях модернизации образования. М.: МГТУ «МАМИ», 2012.
Использование временных характеристик в преподавании курса "Юридическая техника"
Тенилова Т. Л. Юридическая техника. 2009. № 3. С. 309-316.
Большая чеховская игра
Шапиро Н. А. Литература. Учебно-методический журнал для учителей словесности. 2011. № 14. С. 27-29.
2D:4D Asymmetry and Academic Performance: Evidence from Moscow and Manilа
Nye J. V., Androushchak G., Desierto D. et al. Education. EDU. Высшая школа экономики, 2011. No. 01.
Exposure to prenatal androgens affects both future behavior and life choices. However, there is still relatively limited evidence on its effects on academic performance. Moreover, the predicted effect of exposure to prenatal testosterone (T) - which is inversely correlated with the relative length of the second to fourth finger lengths (2D:4D) - would seem to have ambiguous effects on academic achievement since traits like confidence, aggressiveness, or risk-taking are not uniformly positive for success in school. We provide the first evidence of a non-linear relationship between 2D:4D and academic achievement using samples from Moscow and Manila. We find that there is a quadratic relationship between high T exposure and markers of achievement such as grades or test scores and that the optimum digit ratio for women in our sample is lower (indicating higher prenatal T) than the average. The results for men are generally insignificant for Moscow but significant for Manila showing similar non-linear effects. Our work is thus unusual in that it draws from a large sample of nearly a thousand university students in Moscow and over a hundred from Manila for whom we also have extensive information on high school test scores, family background and other potential correlates of achievement. Our work is also the first to have a large cross country comparison that includes two groups with very different ethnic compositions.
Роль деловых игр в формировании профессиональных компетенций на занятиях по английскому языку
Жунич И. И., Ткачева Н. Л. Вып. 1: Содержание профессиональной подготовки по иностранным языкам в неязыковом вузе: современные тенденции, актуальные проблемы, пути решения: доклады и материалы Международной научно-практической конференции. М.: Логос, 2012.
Описание графика как способ профессионально направленного обучения иностранному языку в нелингвистическом вузе
Успенская Е. А., Шмаль М. В. Альманах современной науки и образования. 2011. № 3(46). С. 171-181.
Institutions and the Allocation of Talent
Natkhov T. V., Polishchuk L. Economics. EC. Высшая школа экономики, 2012. No. 15.