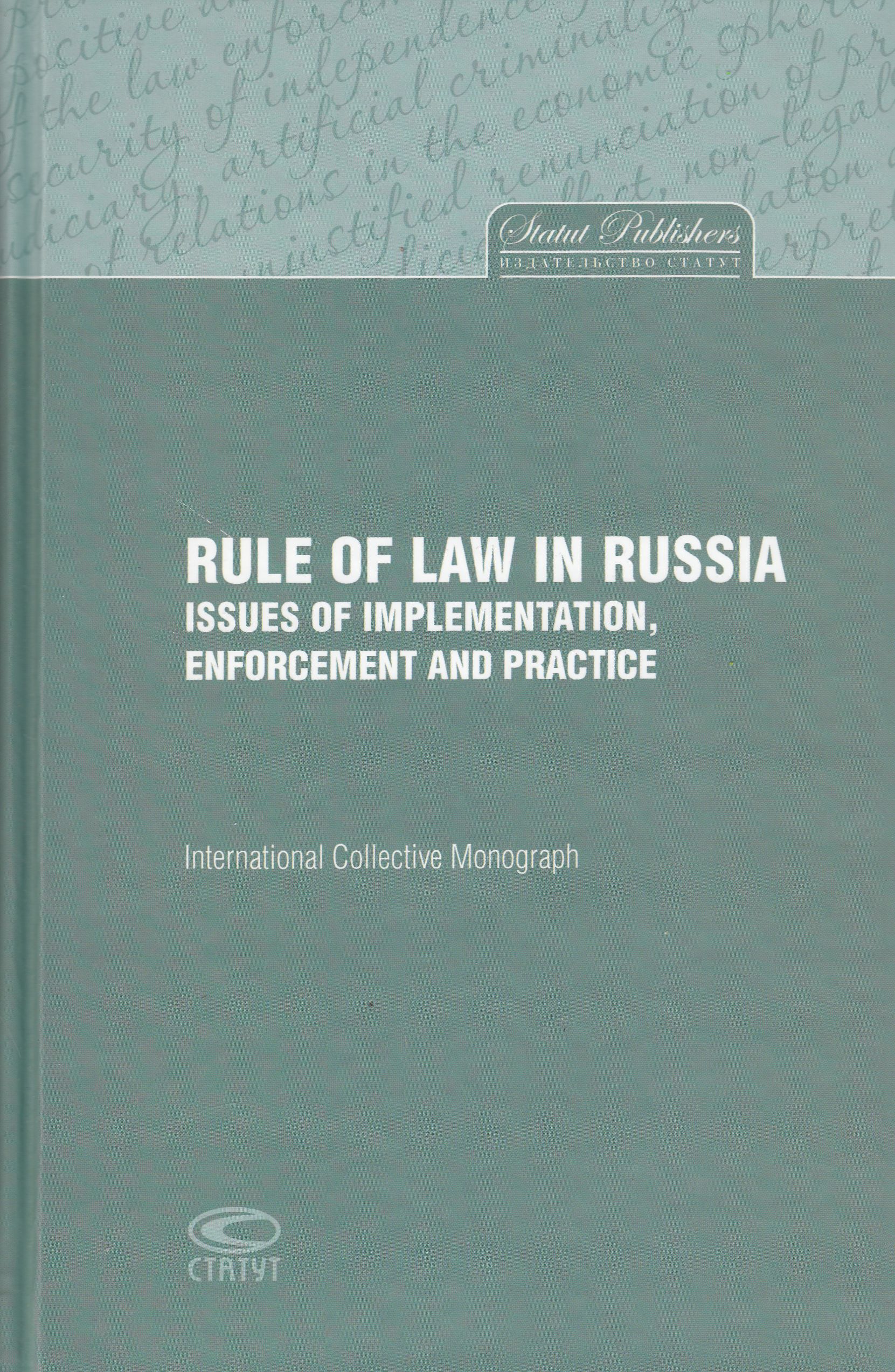 Similar publications
The Legitimacy of the Bolshevik Order, 1917-1918: Language Usage in Revolutionary Russian Law
Borisova T. Y. Law. LAW. Высшая школа экономики, 2012. No. 05.
The article describes and analyzes the legislative politics of revolutionary regimes in Russia in 1917-1918. The author aims to demonstrate the political meaning of the form of early Soviet legislation and its legitimizing effect. The revolutionary legislators often used specific language in the new laws as a vehicle of legitimacy, i.e. to make the people comply. The two main types of legal language used by the Bolsheviks can be interpreted from the perspective of different types of legitimacy. The revolutionary strategy used propagandistic legislation, written in the language of lay people, which urged them to act according to the new law. It can be seen as a request for acts of the people to legitimize the soviets. On the contrary, the traditional strategy employed old bureaucratic means of writing and distributing legislation to the local soviets. The language used by this strategy was closed to the understanding of a lay audience and implied traditions of obeying the law written in familiar legal language, which in turn implied rational/legal legitimacy. The second strategy had already become dominant after the first months of the Bolshevik revolution. This observation demonstrates that from the very beginning of their rule, Soviet leaders approached legislative policy from a technocratic point of view, which determined the further development of Soviet legal theory and practice.
Indices of Regional Economic Activity for Russia
Smirnov S. V., Kondrashov N. V. Economics. EC. Высшая школа экономики, 2017. No. 169.
Regional statistics published by the Russian Federal State Statistics Service (Rosstat) are reviewed in terms of quality, and radical disagreement between “month-on-month” and “year-on-year” monthly statistics is identified. In view of this, an original method is proposed for estimating the level of Regional Economic Activity (REA), based on monthly official regional statistics in five key sectors of the Russian economy: industry, construction, retail trade, wholesale trade, and paid services for the population. This method transforms current “year-on-year” growth rates into specially constructed dichotomous variables, which eliminate the excessive volatility and inaccuracy of the initial time series. On these grounds, REA indices are estimated for all Russian constituent entities for the period from January 2005 to May 2017. Composite REA indices for all five economic sectors, eight federal districts, and Russia as a whole are then calculated. Methods for visualising multidimensional regional data are also proposed. They allow us to track the regional peculiarities of the Russian economy and to discern the current phase of the business cycle more accurately and without any additional lag. Several illustrative examples for the possible application of these indices in real time monitoring and analyses are provided.
How Democracy Could Cause Economic Growth: The Last 200 Years
Yanovskiy K. M., Shestakov D., Leonard C. S. Social Science Research Network. Social Science Research Network. SSRN, 2014. No. P16, P50, N40, O40.
In this paper we explore current understandings of the influence of political rights, among historical legacies, on economic development. We construct variables for selected political regimes for 1811-2010. We find significant association between individual rights and economic growth. We argue that current understanding of political regimes supportive of growth (Acemoglu, etc), should parse the concept of property rights to include the protection of the individual in their focus on private property rights protection, alone, respected in various forms of government, are insufficient; what matters is the security of individuals from arbitrary arrest, regardless of type of regime. Discretionary rights of rulers or democratic governments to arrest citizens undermines the protection of private property rights and other attributes classically given to democratic foundations of economic growth, for example, free press, freedom of the exercise of religious belief. We suggest, as a research agenda, that the power of the politically competitive system therefore comes from weakening discretionary authority over law enforcement.
Модели уголовного права: социальный контроль, доверие, принуждение
Жалинский А. Э. Право и политика. 2012. № 4. С. 624-629.
State Formation And Frontier Society: An Empirical Examination
Foa R., Nemirovskaya A. Political Science. PS. Высшая школа экономики, 2014. No. 13.
How is state capacity consolidated? While there is a growing literature on state formation and the rise of state capacity over time, this literature typically deals with differences between countries, neglecting the fact that state formation also occurs differentially within a country over time. This article examines legacies of state formation spatially, by looking at variation within “frontier” states – countries which in recent centuries have extended rule over new territories adjacent to their core regions. Frontier zones within such countries are found to have ongoing lower levels of public order and deficient public goods provision. Several theories are examined to explain this discrepancy, including internal resettlement, costs of monitoring and enforcement, and the relationship between settlers and the indigenous population. It is argued that the formation of strong social institutions among settlers leads to resistance to attempts to impose governance over frontier regions, and to 'select for' lower fiscal capacity and lower provision of public goods.
Верховенство права и независимость судебной власти
Морщакова Т. Г. Ученые записки юридического факультета. 2010. № 17. С. 5-14.

of Russian criminal legislation, perspectives of change. The suggested to the reader

Russian criminal legislation at the modern level of development in our country.

The monography is provided for scientific-pedagogical workers, postgraduate

students, students of law faculties and universities as well as for wide audience

The article considers the principles of the legal state and rule of law, the position of the regulatory impact on the Russian economic system