"Resource Curse and Post-Soviet Eurasia : Oil, Gas, and Modernization" is an in-depth analysis of the impact of oil and gas abundance on political, economic, and social developments of Russia and other post-Soviet states and nations (such as Kazakhstan and Azerbaijan). The chapters of the book systematically examine various effects of resource curse in different arenas such as state building, regime changes, rule of law, property rights, policy-making, interest representation, and international relations in theoretical, historical, and comparative perspectives. The authors analyze the role of oil and gas dependency in the evolution and subsequent collapse of the Soviet Union, authoritarian drift of post-Soviet countries, building of predatory state and pendulum-like swings of Russia from state capture of 1990s to business capture of 2000s, uneasy relationships between the state and special interest groups, and numerous problems of geo-economics of pipelines in post-Soviet Eurasia 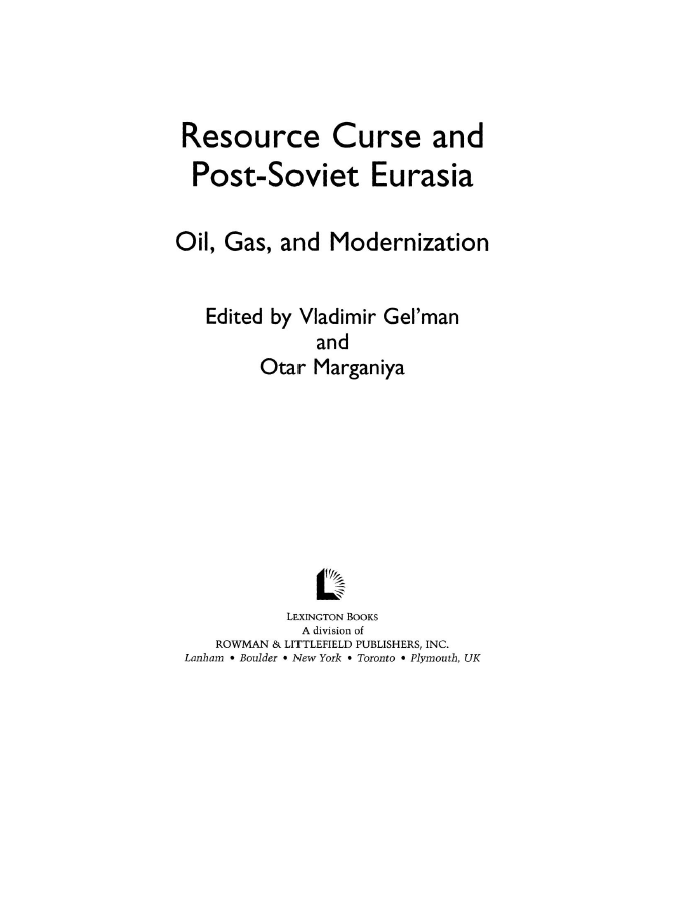