Izhevsk: Udmurt State University, 2011.
Academic editor: E. Khakimov.
The modern world, on the one hand, become more and more culturally diverse, on the other hand, more and more recognized the value of every individual, regardless of social status and characteristics of identity. Appropriate pedagogical response to these trends in the world was the development and implementation of multicultural education, which have become synonymous with the Polycultural Education (Russia and Eastern Europe), the Intercultural education (western Europe), Multi or Cross-cultural education (in the U.S. and Canada) Made a lot of productive ideas, gained sufficient practical experience, has expressed the need for further development – all this made the actual intensification of international cooperation and “Interpollination of views” Russian teachers with their foreign colleagues. The book, which appeared as a result of the International symposium “Education and International Relations” (Udmurt State University, Izhevsk, May 30-31, 2011), presents articles of authors from Russia and Western Europe.
Chapters
Digital natives in a multicultural world: a new dimension or a new myth?
Porshnev A., Hartmut G. In bk.: Education and Interethnic Relations 2011. Izhevsk: Udmurt State University, 2011. P. 179-184.
The Digital Natives and the Net Generation became a popular descriptor of entire generation. Some young people most familiar with digital media challenge educators and traditional educational institutions with new forms of learning and their knowledge of new technologies. In this paper, based on analysis of behavioral and motivational patterns of German and Russian (data collected during project “A cross-cultural study of a new learning culture formation in Germany and in Russia” in 2008-2009) we discuss possibility to distinguish a new types of learners.
Language: English 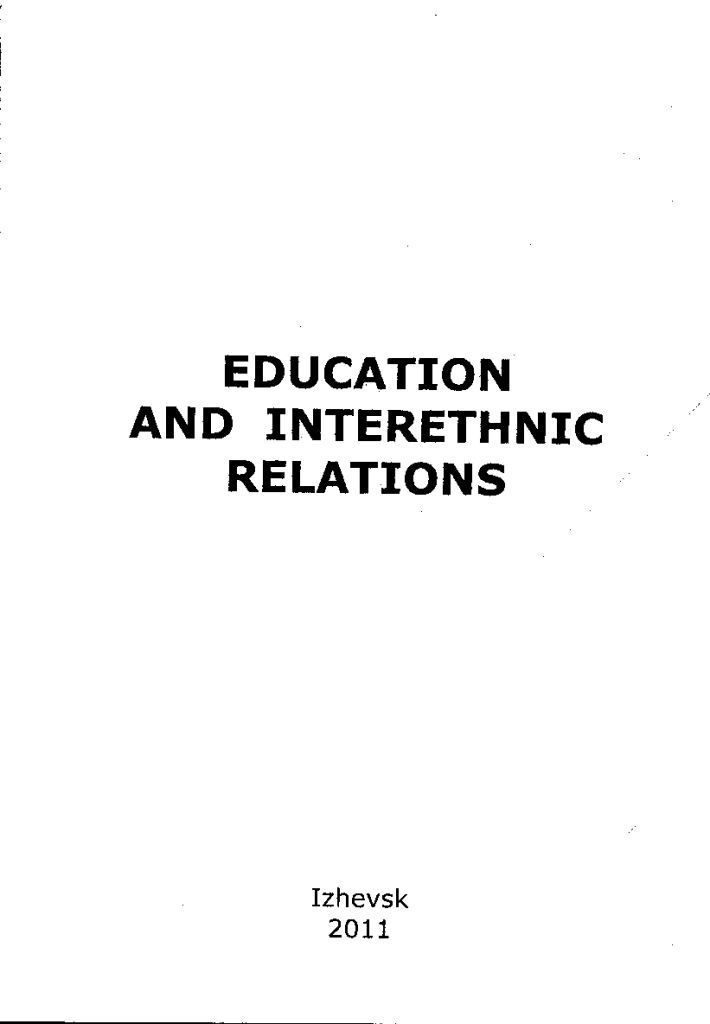