The book shows as at the end of the 18-th – 19-th centuries Russians "populated” the growing public sphere by the voluntary associations, based on the principles of the Age of the Enlightenment. As a result of the mission of scientific associations, the civil society in Russia became unavoidable connected with patriotism and propagation of scientific knowledge.  Analyzing the capabilities of scientific associasions for self-identification, independent activity and organization, the book create the wide institutional context, in the framework of which they acted, and also evaluates their role in the development of civil society in tsarist Russia. The development of voluntary associations in Russia is placed into the comparative context of European history and political thought. Although the historians emphasize the special features of the development of the Russian Empire, particular associations in Russia were the part of the European phenomenon. Their history reveals the important features of the relations between the state and the society under the conditions of the absolutism, when voluntary associations were created and was supported the space of public initiative and independent activity, from where the sprouts of citizenship grew. 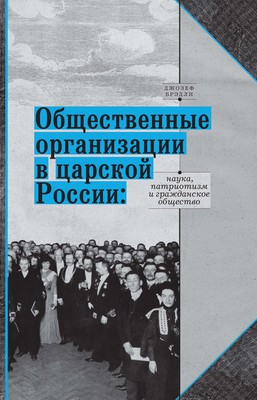