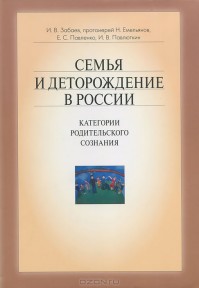 Similar publications
Факторы формирования позиции школьника в классе
Назарбаева Е. А. Экономическая социология. 2011. Т. 12. № 2. С. 99-125.
Fertility and Family Policies in Central and Eastern Europe
Anatoly Vishnevsky, Jasilioniene A., Kotowska I. et al. Barnet Papers in Social Research. University of Oxford, 2015. No. 15-01 (9).
This paper examines fertility and family policies in 15 Central and East European (CEE) countries to establish firstly, whether cohort fertility is likely to further decline, stabilise or increase in the coming decade; and secondly, to provide an overview of family policies in CEE countries, and to assess their impact on the direction of cohort fertility trends. This study takes into account a variety of social, economic and political circumstances in the region. Demographic analysis suggests that cohort fertility in the majority of CEE countries is likely to decline at least among the 1970s birth cohorts. This is because births that were postponed by women born during the 1970s were not being replaced in sufficient numbers for cohort fertility to increase in the foreseeable future, and shares of low parity women (childless and one child) were considerably larger than shares of high parity women among the late 1960s birth cohorts than in older cohorts. This research conceptualises a new family policy typology for CEE countries consisting of the following types: Comprehensive family policy model; pro-natalist policies; temporary male bread-winner model; frequently modified family policies; family policies of low priority for governments; and lack of resources available for family policies. The paper concludes with two main findings: 1) Cohort fertility is likely to decline in the foreseeable future in almost all CEE countries, and 2) The majority of extant family policies in CEE countries suffer from a variety of shortcomings that impede them from generating optimal family welfare and from providing conditions for cohort fertility to increase.
"Детский вопрос": издержки на маленьких детей в России и Западной Европе
Левин М. И., Шилова Н. В. Вестник Воронежского государственного университета. 2011. № 2. С. 14-20.