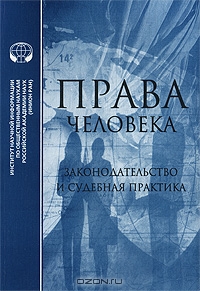 Семья в современном коммуникативном обществе: на примере немецкого опыта
Шпилев Д. А. В кн.: Коммуникативистика XXI века: человек в современном мире коммуникаций: материалы VII Всероссийской научно-практической конференции 20 апреля 2011 г.. Н. Новгород: Издательство НИСОЦ, 2011. С. 162-170.
Representation of Family Policy in Russian Printed Media with Different Political Orientation: Pro-Natalist Turn of 2006
Kim N. Social Science Research Network. Social Science Research Network. SSRN, 2016
Mass media is stated as extremely powerful when it comes to the impact of any social or political influence ingeneral and family policy implementation in particular. The majority of researchers consider the influence ofmedia product presenting state family policy on the audience and do not consider how mass media change their information product themselves under the external influence of the state family policy. In this paper we make an attempt to evaluate the changes in family theme, represented on the pages of six state-owned and private Russian printed mass media with different political orientation from 2000 to 2015. In this study the year 2006 is chosen as a landmark year. Russian state family policy after receiving independence in 1996, ten years later in 2006 became to be considered as pro-natalist, with explicit pro-natalist actions of the state inrelation to family. Demographic topics received special weight in political rhetoric, and most of the discussion was made to encourage birth of the second and subsequent children. 720 selected articles from newspapers were subjected to the quantitative content analysis. The results showed that Russian printed mass media, without respect of the political orientation, after 2006 broadcast regulatory model of the family, designed to solve the demographic problem and increase birth rates
Взаимодействие современной семьи с институтами общества в процессе формирования человеческого капитала
Кучмаева О. В. В кн.: Роль семьи в формировании человеческого капитала в инновационной экономике. М.: МЭСИ, 2013. Гл. 10. С. 80-97.
In Chapter discussed areas of cooperation between the institution of the family and other institutions of society in the process of socialization of children with account of redistribution of functions of social institutions (family, government, education, labour market Church). Accentuation the role of the family in the process of socialization. The processes of interaction are considered in the context of transformation of the institution of the family. The conclusions about the prospects of cooperation areas of family and educational institutions in the context of children's socialization.
Обществознание. Человек в глобальном мире. 10 класс
Ионин Л. Г., Поляков Л. В. М.: Просвещение, 2009.
The Legitimacy of the Bolshevik Order, 1917-1918: Language Usage in Revolutionary Russian Law
Borisova T. Y. Law. LAW. Высшая школа экономики, 2012. No. 05.
The article describes and analyzes the legislative politics of revolutionary regimes in Russia in 1917-1918. The author aims to demonstrate the political meaning of the form of early Soviet legislation and its legitimizing effect. The revolutionary legislators often used specific language in the new laws as a vehicle of legitimacy, i.e. to make the people comply. The two main types of legal language used by the Bolsheviks can be interpreted from the perspective of different types of legitimacy. The revolutionary strategy used propagandistic legislation, written in the language of lay people, which urged them to act according to the new law. It can be seen as a request for acts of the people to legitimize the soviets. On the contrary, the traditional strategy employed old bureaucratic means of writing and distributing legislation to the local soviets. The language used by this strategy was closed to the understanding of a lay audience and implied traditions of obeying the law written in familiar legal language, which in turn implied rational/legal legitimacy. The second strategy had already become dominant after the first months of the Bolshevik revolution. This observation demonstrates that from the very beginning of their rule, Soviet leaders approached legislative policy from a technocratic point of view, which determined the further development of Soviet legal theory and practice.
Актуальные проблемы истории и права
Edited by: В. А. Лабузов Оренбург: Оренбургский государственный институт менеджмента, 2011.
Правовое обеспечение единой государственной экологической политики Российской Федерации
Edited by: С. А. Боголюбов, Н. И. Хлуденева М.: Юстицинформ, 2011.
Право на контрдемонстрации: угроза или индикатор уровня демократии?
Храмова Т. М. Конституционное и муниципальное право. 2012. № 7. С. 10-16.