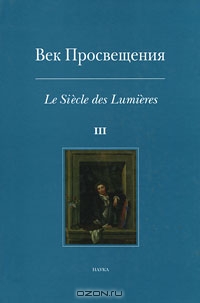 Similar publications
Diderot et les princes Golitsyn: Houdon ou Choubine (1774-1781)
Karp S. Y. In bk.: Les Archives de l’Est et la France des Lumières. Guide des archives et inédits. Ferney-Voltaire: Centre international d'étude du XVIIIe siècle, 2007. P. 577-612.
Челлини
Зарецкий Ю. П., Дажина В. Д. В кн.: Культура Возрождения. Энциклопедия. Т. 2. Ч. 2. М.: РОССПЭН, 2011. С. 570-573.
Храм i люди. Збiрка статей до 90-рiччя з дня народження С. О. Висоцького
Edited by: Е. И. Архипова, Г. Ю. Ивакин К.: Agrar Media Group, 2013.
Практика розыскного процесса в Сыскном приказе (1730-е - 1750 е гг.)
Акельев Е. В., Бабкова Г. О. Историко-правовые проблемы: Новый ракурс. 2011. № 4(1). С. 9-22.
Теория, методология и философия истории: очерки развития исторической мысли от древности до середины XIX века. Лекция 8, 9.
Гринин Л. Е. Философия и общество. 2010. № 4. С. 145-197.
Alexei Malinovskii, Poor But Noble: Translating August Von Kozebue’S Poverty and Nobleness of Mind as a Way of Social Self-Presentation
Lavrinovich M. Humanities. HUM. Basic Research Programme, 2017. No. WP BRP 155/HUM/2017.
This paper discusses the problem of the adaptation of a new cultural model by the educated members of the Russian “middle class” in the late 18th century when new social skills and new kinds of the perception of social reality were transmitted to the public through the emotionally very intensive theatre performances. Examining the translation of the drama Poverty and Nobleness of Mind by August von Kozebue and taking into account that the drama was staged at the private theatre of Alexandr Vorontsov, Malinovskii’s patron, in 1799, I suggest that he had some apprehensions about his own noble status which he obtained in a specific way. He seems to face the choice: to act on his feelings as sentimental dramas instructed him and marry a poor but noble girl in 1790s, or wait until Vorontsov’s niece became a wealthy heiress what actually happened in a decade.
Тайны запретного императора
Анисимов Е. В. М.: Вече, 2012.
Эпиграфика. Надписи с Анакопийской горы
Виноградов А. Ю. В кн.: Искусство Абхазского царства VIII-XI веков. Христианские памятники Анакопийской крепости. СПб.: Издательство РХГА, 2011. С. 209-224.
The Concepts of Fundamental Laws and Constitution in the 18th Century Russia
Polskoy S. SSRN Working Paper Series. SSRN Working Paper Series. Social Science Research Network, 2018. No. No. WP BRP 169/HUM/2018.
In this article, we attempt to trace the semantic changes two key concepts of the Modern period - fundamental law and constitution underwent at the 18th century and investigates how these European concepts were adapted and used in the Russian political language. The concept of the constitution and fundamental laws in eighteenth-century political discourse had differing connotations: while the constitution was used mainly to describe the form of government, the concept of fundamental laws referred to historically developing legal traditions which have been adopted as norms of political law. The most radical vision of constitution in the 18th century went further than identify it with the fundamental law, demanding that the latter should enshrine the principles of civil rights and liberties of the Nation, and the legal guarantees thereof. However, this radical view, arising at the end of the century, was far from universal, and the discussion around various understandings of this concept was still to continue for many years.
The Career Strategies and Patronage Networks Inside and Outside the Archive of the College of Foreign Affairs in the Late 18th – Early 19th Centuries
Lavrinovich M. Humanities. HUM. Basic Research Programme, 2017. No. WP BRP 152/HUM/2017.
This paper examines the early stages of career of Aleksei Fedorovich Malinovskii, since 1814 Head of the Moscow Archive of the State College of Foreign Affairs. The Archive's records and diverse correspondence from the 1780s – early 1800s reveal his connections to the aristocrats – Vorontsov and Sheremetev – and to some of the highest officials of the Empire (vice-chancellor Ivan Osterman) who willingly patronized this son of a Moscow priest and later a petty official in the Archive. The career stretegies he pursued in the field of the patronage went parallel to and were no less important than those he pursued in the formal hierarchies. He sought to obtain noble status in order to acquire estates and serfs. To gain a symbolic foothold in the elite and to become its full member, he married one Islen'eva, a niece of the Vorontsovs, who became a rich heiress in 1810. Later he gave his daughter in marriage to Prince Dolgorukov, a remote relative of the Sheremetevs, thus linking himself up with both clans of his protectors. Malinovskii's relationships with his patrons were based on mutual services and benefit which are discussed in the article.
Pour une nouvelle image de l’Europe au XVIIIe siècle: quelques réflexions sur les échanges culturels Est-Ouest
Karp S. Y. Bulletin de la Section française de l’Université Rikkyo. 2008. No. 37. P. 1-18.
Anfang Gut. Alles Gut. Actualizations of the futurist opera Victory Over the Sun (1913)
Edited by: E. Birkenstock, N. Koller, K. Stakemeier. Bregenz: Kunsthaus Bregenz Arena, 2012.