The question of the impact of integrated blocs and alliances on global trade and the trading system has become an important subject of international forums and conferences, including talks at the World Trade Organization (WTO). The spectrum of agreements on regional integration associations are represented by the interaction of all forms and levels, ranging from free trade zones to monetary unions. Theory and practice of integrational cooperation on the regional level clearly shows that participation in the integrated group, particularly if its political and economic weight is comparable to modern major powers, allows the national economy to function more successfully in the global economic system. The book presents an analysis of trade policy of the European Union, which is characterized by a mix of regulatory instruments and their specific application to individual countries.

For specialists and researchers in the field of international economic relations, as well as students who study “Economy”, “Management”, “Politics”. 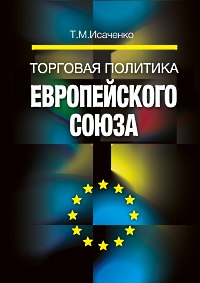