by year
Subject
News
The Shorter the Delay, the More Effective the Neurofeedback
HSE University scientists have for the first time in the world investigated the impact of delayed reinforcement signals in neurofeedback (NFB) training. They have experimentally proven that reducing the delay in feedback (decreasing feedback latency) can significantly increase the efficacy of training.
First International Recipient of DSc Degree in Mathematics From HSE University
Edmond W.H. Lee, a full professor at the Department of Mathematics, Nova Southeastern University, USA, has recently defended his Doctor of Sciences (DSc) thesis at the Dissertation Council in Mathematics, HSE University. The DSc in Russia is a higher doctoral degree that can be earned after the PhD. Professor Lee’s defence was held over Zoom, with the candidate and his dissertation committee members participating remotely from 5 cities in Brazil, Israel, Russia, and the USA. Lee became the first international recipient of a DSc degree in Mathematics from HSE University.
Yaroslav Kuzminov: As Digital Reality Develops, We Face More and More Infringements upon Freedom
Today, we need a coordinated agenda in order to understand how to develop a comfortable and safe technological environment and make the consequences of rapid technological development forecastable and manageable. This is what HSE Rector Yaroslav Kuzminov said at the National Academic Online Conference ‘Ethical and Legal Issues of Digital Transformation: From Conflict to Harmony?’
Publications 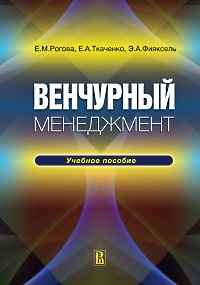