This compilation of works summarizes the research of leading Russian experts in African studies. The research concerns a wide range of problems related to historical self-identification of the Africans. Much attention is given to the forms and means of transformation of racial and ethnic relations, and various types of ethnic and political consciousness in the Tropical Africa (by examples of South Africa, Ethiopia, Burundi etc) and the African Diaspora in the USSR, Russia, USA, the United Kingdom) which developed in colonial and post-colonial ages. Various aspects of this problem are viewed in a broad context of confrontations and interactions of traditional, pseudo-traditional and modern forms of national consciousness and behavior. The book contains comprehensive analysis of theories of African nationalism (Afrocentrism, Pan-Africanism etc), which reveals the roots of intensifying racial and ethnic hostility in modern Africa and countries with an African Diaspora, and devises the means of overcoming such hostility. 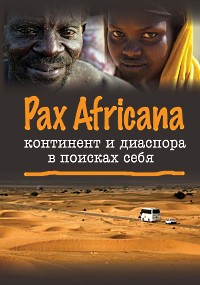