by year
Subject
News
The Desire to Confirm Ones Point of View Contributes to Trust in Fakes, Even Among Professional Journalists
Kirill Bryanov and Victoria Vzyatysheva, researchers at the HSE Laboratory for Social and Cognitive Informatics in St. Petersburg, studied factors that influence people’s perceptions of fakes, as well as their ability to distinguish false information from reliable.
Helping the Homeless with AI Technology
A research team from the HSE University Artificial Intelligence Centre led by Ivan Yamshchikov has developed a model to predict the success of efforts to rehabilitate homeless people. The model can predict the effectiveness of the work of organisations for the homeless with about 80% accuracy. The project was presented at a conference dedicated to the activities of social centres.
Researchers Present an Outlook for the Russian Arctic
The Russian Arctic should be better connected – economically and logistically – to the country's other regions, according to researchers of the HSE Faculty of World Economy and International Affairs. If Arctic projects are to develop further, they must be supported by stronger horizontal connections involving regional authorities, civil society organisations, the expert community, and the indigenous peoples of the North. The study is published in Regional Research of Russia.

This book introduces to the readers private letters addressed by mid-nineteenth century “public women” to the famous Russian literary critics and publicists N.A. Dobrolyubov, N.G. Chernyshevsky, and others. The  ajority of these documents, preserved in the archives of Moscow, St. Petersburg and Tartu and written in Russian, German, and French, belong to the pen of two women with whom Dobrolyubov had a relationship — Teresa Karlovna Grünwald, a St. Petersburg "public woman", and Émilie Tellier, a Parisian. The volume also contains a handful of letters from other St. Petersburg and Parisian women who earned their bread by prostitution. The documents are published both in their original languages and in Russian translation and accompanied by an extensive commentary, as well as an introduction that offers an overview of the lives and fates of T.K. Grünwald and E. Tellier, their relationship with N.A. Dobrolyubov, and everyday life.
The book is intended both for scholars in the fields of historical and cultural studies, as well as the general audience. 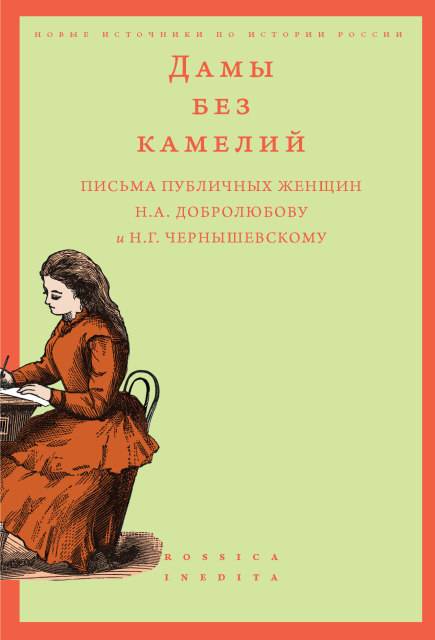