Proceedings of the 4th European Conference on Intellectual Capital

These Conference Proceedings have been submitted to Thomson ISI for indexing.

In the era of knowledge economy intangible assets importance as the source of competitive advantages is growing rapidly. Intellectual capital (IC) is regarded as the part of companies’ resources so the return on it should be also measured in monetary form. However existing studies show poor development of methods for measuring value created or added by company’s intellectual capital. This could be explained by its vague nature that imposes numerous limitations on value-based management. The main aim of this paper is to research the intellectual capital transformation into the company value based on a public information.

Proposed method of analysis of intellectual capital is used on the sample of 59 firms from European countries with high level of economic and knowledge development. The sample covers five year period (from 2005 to 2009). We used the LS method to assess the direct and indirect relationships between intellectual capital and corporate value.

This study contributes in different ways. Firstly, it helps researchers and management to understand what synergetic effects between intellectual capital’s components take place. Secondly, it proposes an application of principal components method for investigating intellectual capital. Also it helps to recognize the level of homogeneity of intellectual capital elements that are combined in human capital, structural capital or relational capital and therefore are interpreted as describing one aspect of firm’s activity. 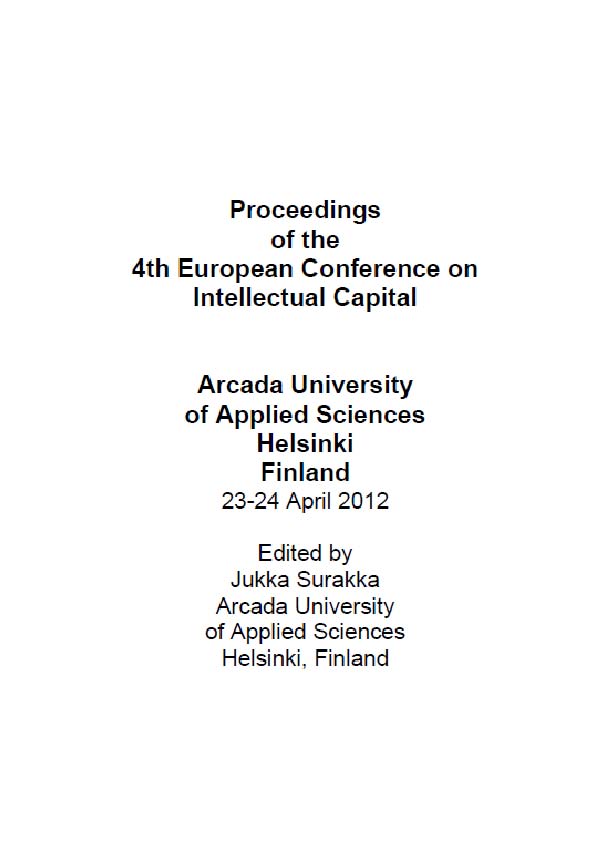