Federalism in the Middle East: State Reconstruction Projects and the Arab Spring

This book examines the projects of administrative and territorial reconstruction of Arab countries as an aftermath of the “Arab Spring”. Additionally, it looks into an active rethinking of the former unitary model, linked by its critics with dictatorship and oppression.

The book presents decentralization or even federalization as newly emerging major topics of socio-political debate in the Arab world. As the federalist recipes and projects are specific and the struggle for their implementation has a pronounced variation, different case studies are presented. Countries discussed include Libya, Syria, Yemen, and Iraq.

The book looks into the background and prerequisites of the federalist experiments of the “Arab Spring”, describes their evolution and current state, and assesses the prospects for the future. It is, therefore, a must-read for scholars of political science, as well as policy-makers interested in a better understanding of previous and current developments in the Arab countries. 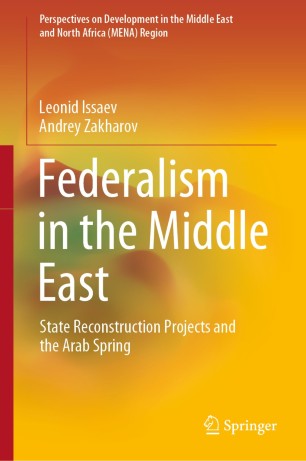