Moscow's Evolution as a Political Space: From Yuri Dolgorukiy to Sergei Sobyanin

The book aims to trace and explain the historical evolution of Moscow, the capital of the Tsardom of Russia, Soviet Union and Russian Federation, as a political entity and political community, and to understand what place Moscow occupied within the Russian political space and what role it played in Russian political life for centuries until 2018. The authors consistently examine the dramatic political history of the contemporary Russian capital in the Moscow (13th – 17th centuries) and St. Petersburg (18th – 19th centuries) epochs, in the Soviet period, in the post-Soviet era, and identify its key points and the most pivotal events. 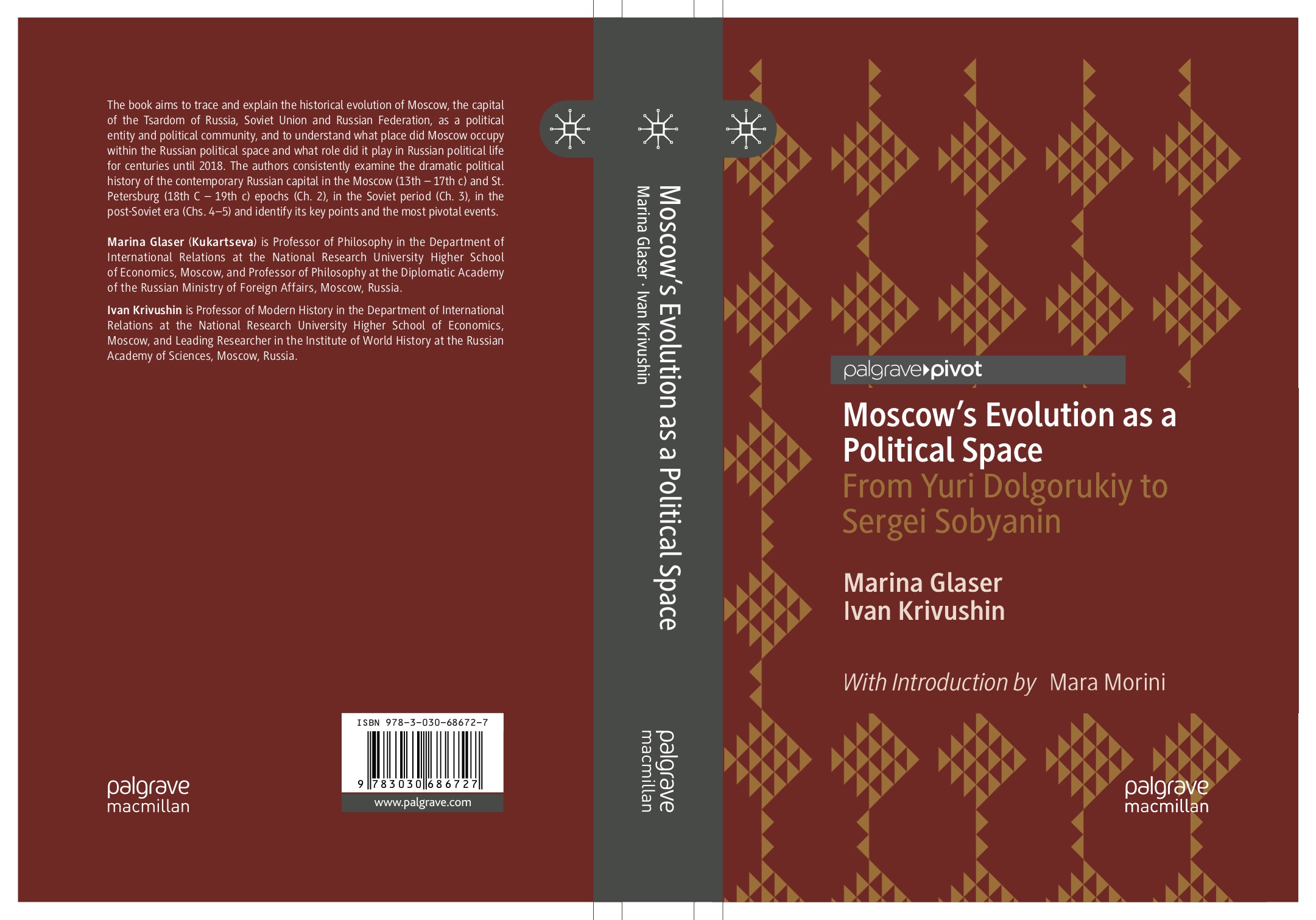 Similar publications
Paleoconservatism of the Southern Agrarians
Belkovich R. Law. LAW. Высшая школа экономики, 2013
The emergence of the Tea Party movement in recent years has shown that under the surface of mainstream political life in the USA there exists a different layer of ideas, which cannot be satisfactorily described in terms of the Republican/Democrat dichotomy. These ideas have their origins in the foundation of the American Republic, which owes a lot to ancient and mediaeval political theory. In the twentieth century there was a revival of these ideas in the form of the so-called “paleoconservative” movements which rediscovered their ancient and mediaeval heritage. This paper focuses on one of them, the Southern Agrarian movement, as exemplary of this radical intellectual project.
Chiefdoms: Yesterday and Today
Carneiro R. L., Grinin L. E., Korotayev A. et al. NY: Eliot Werner Publications Incorporated, 2017.

What many anthropologists regard as the major step in political development occurred when, for the first time in history, previously autonomous villages gave up their individual sovereignties and were brought together into a multi-village political unit--the chiefdom. Though long neglected as a major stage in history, recent years have seen the chiefdom come in for increased attention. As its importance has been more fully recognized, it has become the object of serious scholarly analysis and interpretation. In this volume specialists in political evolution draw on data from ethnography, archaeology, and history and apply fresh insights to enhance the study of the chiefdom. The papers present penetrating analyses of many aspects of the chiefdom, from how this form of political organization first arose to the role it played in giving rise to the next major stage in the development of human society - the state.

Spatial variation of in-migration to Moscow: housing market VS socialist legacy
Kashnitsky I. S., Gunko M. NIDI Working Papers. 2015/03. Netherlands Interdisciplinary Demographic Institute, 2015. No. 3.
The collapse of state socialism and the introduction of market relationships in Central and Eastern Europe resulted in profound changes of urban development. Evidence from Central and Eastern Europe indicates that the development of strong housing market and growing material inequalities contribute to the socio-economic polarization of city districts and residential segregation. Based on empirical data, we analyze spatial variation of in-migration to Moscow at the level of city districts and investigate the theory-driven association between in-migration intensities and housing prices to find evidence of socio-spatial polarization. Our results show that, although there are some areas that concentrate migrants of specific socio-economic status, housing prices do not explain a substantial share of variance in in-migration intensities, at least at the level of city districts; quite a strong association is only evident for foreign migrants.
The Sheremetev almshouse in 1810 - 1812: arranging a modern institution in a pre-modern urban society
Lavrinovich M. Humanities. HUM. Basic Research Programme, 2014
Thе paper examines an attempt to implement modern disciplinary practices in the Sheremetev Almshouse in early 19th century Moscow. It was the first charity institution in Russia use practice of outdoor relief which was exploited patterns of relief employed in Central and Western Europe since Reformation. The focus of administrators on evaluating the social and moral conditions on the poor indicates that the Sheremetev Almshouse played a role generally associated with the state institutions established during the Catherine II’s reign in order to extend the modernizing efforts to a wider strata of the Empire's population.
Смоленский рубеж в войне 1812 года и ментальные карты Российской империи
Горизонтов Л. Е. В кн.: Studia internationalia. Материалы международной научной конференции «Западный регион России в международных отношениях XVII-XX вв.» 22-24 июня 2011 года. Брянск: РИО Брянского государственного университета, 2011. С. 34-40.
Becoming a Subway User: Managing Affects and Experiences
Zaporozhets O. Гуманитарные исследования. WP6. Высшая школа экономики, 2014. No. BRP 52.
This paper focuses on a subway user, one of the main characters of mundane mobility in big cities. It is based on the field research conducted by the author in two Russian cities (Moscow and Kazan) in 2013-2014. The subway is considered not only as public transportation, but more broadly as a regulation tool that is used by homo mobilis to construct a wide network of relationships: with the city, with time, with one's daily activities. The notion of “affect management” - the urbanite's ability to manage their own emotional states and experiences - is suggested to describe the role of the subway in everyday life planning
Russia’s Protest Movement and the Lessons of History
Yakovlev A. A. Russian Analytical Digest. 2012. No. 108. P. 6-10.

We present a simple hedonic model for apartment prices in Moscow in the year 2003. Based on some 15,000 observations we estimate the model and use the estimates for prediction. Pretest issues are explicitly taken into account.

The practice of dacha subdivision, and garden plot allotment in particular, spread widely during Soviet times, not only within the Russian Federation, but also to other Soviet Republics and even other socialist countries. While in the environs of the many-socialist cities, second homes are actively included into the real estate market and housing supply, Moscow’s suburbs demonstrate their loyalty to the established tradition of seasonal migration between the city and the countryside. This study seeks to address the question how do the shifting from socialist to market economy impact the dacha life-style of the Muscovites and to look into dynamics of the changes in the relations between the city and hinterland since the collapse of the socialist state from dachas’ point of view.