China and Europe on the New Silk Road: Connecting Universities across Eurasia

The global order, based on international governance and multilateral trade mechanisms in the aftermath of the Second World War, is changing rapidly and creating waves of uncertainty. This is especially true in higher education, a field increasingly built on international cooperation and the free movement of students, academics, knowledge, and ideas. Meanwhile, China has announced its plans for a "New Silk Road" (NSR) and is developing its higher education and research systems at speed. In this book an international and interdisciplinary group of scholars from Europe, China, the USA, Russia, and Australia investigate how academic mobility and cooperation is taking shape along the New Silk Road and what difference it will make, if any, in the global higher education landscape.

Opening chapters present the global context for the NSR, the development of Chinese universities along international models, and the history and outcomes of EU-China cooperation. The flows and patterns in academic cooperation along the NSR as they shape and have been shaped by China's universities are then explored in more detail. The conditions for Sino-foreign cooperation are discussed next, with an analysis of regulatory frameworks for cooperation, recognition, data, and privacy. Comparative work follows on the cultural traditions and academic values, similarities, and differences between Sinic and Anglo-American political and educational cultures, and their implications for the governance and mission of higher education, the role of critical scholarship, and the state and standing of the humanities in China. The book concludes with a focus on the "Idea of a University"; the values underpinning its mission, shape, and purpose, reflecting on the implications of China's rapid higher education development for the geo-politics of higher education itself. 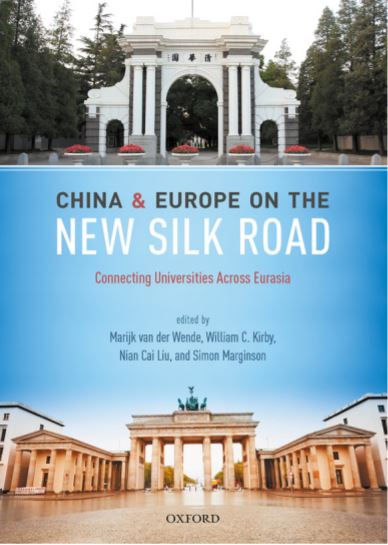 Аddresses education in the field of advertising, marketing, public relations