The monograph consists of studies prepared and published in 2013–2019. While covering very diverse theoretical and applied issues they focus on four key subjects  — history of ideas; methodology of economic analysis; inequality; economic growth. The first part examines origin and subsequent evolution of such important concepts in the history of social thought as “dismal science” (T. Carlyle); “the spirit of capitalism” (M. Weber); “the extended order” (F. Hayek). The second (methodological) part elucidates behavioral foundations of modern economics (i.e. the recent transformation of traditional economists’ perceptions about human nature), demonstrates methodological narrowness, conceptual inconsistency and empirical inadequacy of institutional approach to the economic history associated with names of D. North and D. Acemoglu; describes new major sociological, epistemological and ideological trends within modern economic science. The third part discusses various dimensions (from measuring to ethical ones) of such widely debated problem as income and wealth inequality. The last part explores some issues associated with current economic growth: a hypothesis of “secular stagnation”; prophecies of massive technological unemployment that could be provoked by the Fourth industrial revolution; multiple economic effects of population aging. Additionally the book includes also a small paper written in 1992 on prospects of the Russian liberalism. The monograph continues an analytical approach firstly presented in the author’s previous monograph “Economic Essays: Methodology, Institutions, Human Capital” (2016). 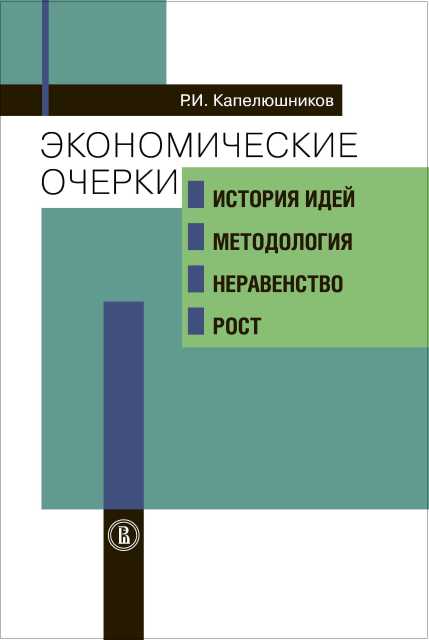