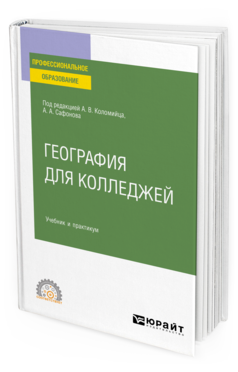 The use of spatial systemic paradigm in the context of market relations in Russia presupposes complex research of how the subjects of marketing space interact with each other. Spatial science, as an area of interdisciplinary scientific research, has become especially popular in the last decades. Nowadays spatial aspects are one of the very well-known objects of analysis of the different knowledge fields. This paper deals with the issues of Russian and international researches in the field of intelligent information systems applications for systemic marketing research and how it can be properly supported by contemporary information communication technologies. The class of intelligent information technologies (IIT) and systems, including neural network (NN), fuzzy logic (FL), multi-agent systems (MAS), belonging to the class of expert systems, continue to improve. Intelligent information technologies are complex, require further research and development. The main goal of this paper is consideration of the issues of soft computing and agent based modeling implementation for spatiotemporal analysis, and the main domains or areas of their applying in the context of spatial economics. The objective of this research is characterization of qualitative parameters that impact on equilibrium of operation and development of spatial marketing systems and formation of conditions for maximizing of their effectiveness. It is empirical and theoretical research in equal measure. The study is based on literature review, analysis of large volumes of information, and findings of investigations in this field. The research problem is focused on the applying of modeling for analysis of spatial marketing systems.  The original contribution of the work is describing the hybrid intelligent model, which contains all three elements - optimization, simulation and fuzzy inference system. Research methodology is methods and procedures of modeling. The paper contains theoretical foundations and comparative analysis of different modeling methods and systems (including soft computing and agent based approach) and quantitative results obtained through the experimental model.

This chapter of the book 'Indo-Pacific Region: Political and Strategic Prospects' is devoted to the russian view on the economic situation in the Indo-Pacific region and especially on the Indian economic growth and its global prospects

We study the dynamics of inter-regional disparities for a number of characteristics of development, test the hypothesis of the new economic geography. The empirical analysis shows the spatial concentration of economic activity is continuing in Russia and the rate of inter-regional divergence, is rather high. The factors of the spatial concentration and regional disparities in Russia are population density, size and accessibility of markets, as well as the level of diversification and industry structure of the economy.

Writing the paper on the eve of the G20 summit in Cannes, the author expressed a view that except for French President Sarkozy, no one should be surprised by a disappointing outcome in Cannes. More importantly the author argues that this does not mean that the world economy will not be rebalanced just because the G-20 did not ordain the solution. Unsustainable imbalances will eventually be adjusted by economic forces. Refraining from meaningful and urgent collective action, the G-20 leaders choose to let the world rebalance itself more chaotically, with the inevitable result of making things harder for each other. This is not a collective leadership but a joint abdication of responsibility. To prove its usefulness, the G-20 must do more than help old and emerging economic powers agree to disagree. The paper asserts that if the G20 fails the test, it is only a matter of time when the new creditors will see it as in their individual interests to make common cause either to reform existing institutions or to create new ones free of the dominance of the debtor countries. The author concludes that we can only hope that a new grouping of major creditors arrives as the successor to the G-20 in time to avert a replay of the 1930s. The publication is prepared within the framework of a joint project of Russian International Affairs Council (RIAC) Project and International Organizations Research Institute of the NRU HSE "Increasing Effectiveness of Russia's Participation in G8, G20 and BRICS in accordance with Russian Priorities and National Interests".

The evolution of a special research branch is investigated and described - economic geography, from its origin phase to the up-to-date time.