The fall of the Berlin Wall and the ripple effects felt over the following years from Bucharest to Prague to Moscow demarcate a significant moment when artists were able to publicly reassess their histories and question the opposition between the former East and the former West. Art and Theory of Post-1989 Central and Eastern Europe takes the pivotal political changes between 1989 and 1991 as its departure point to reflect on the effects that communism's disintegration across Central and Eastern Europe—including the Soviet Union's fifteen republics—had on the art practices, criticism, and cultural production of the following decades. This book presents a selection of the period's key voices that have introduced recent critical perspectives. Particular attention is given to the research and viewpoints of a new generation of artists, scholars, and curators who have advanced fresh critical perspectives and who are rewriting their own histories. Their examination of artistic practices and systems of cultural production proposes distinct outlooks for acting in the contemporary world while simultaneously rethinking the significance of the socialist legacy on art today. Art and Theory of Post-1989 Central and Eastern Europe is an indispensable volume on modern and contemporary art and theory from the region.

When it comes to researching issues of gender in the former socialist societies, one soon stumbles upon a stereotype common in the post-Cold War era: that the lexicons of emancipation in formerly socialist societies could be the same as those in the West, if only they could be considered separately from the ideological regulations imposed on those societieis by their bureacractic appratuses. This stance prevailed in "Eastern" cultural studies and curatorial projects in the aftermath of 1989. The article undermines such standpoint by putting forth the allegation about new body ontologies of socialist societies generating gender configuration under the impact of the evicted private property.

The article explores the impact of socialist political economy of de-privatisation on the production of such key notions as labor, gender, consciousness, the Unconscious, the Universal and states that the emancipation theories of the capitalist "West" and the socialist "East" differed epistemologically; but not merely because of control of the Soviet partocracy over liberties; rather because the ceasure of capitalist political economy entailed the emergence of new epistemes and hence new gnoseology and ontology of the Soviet. 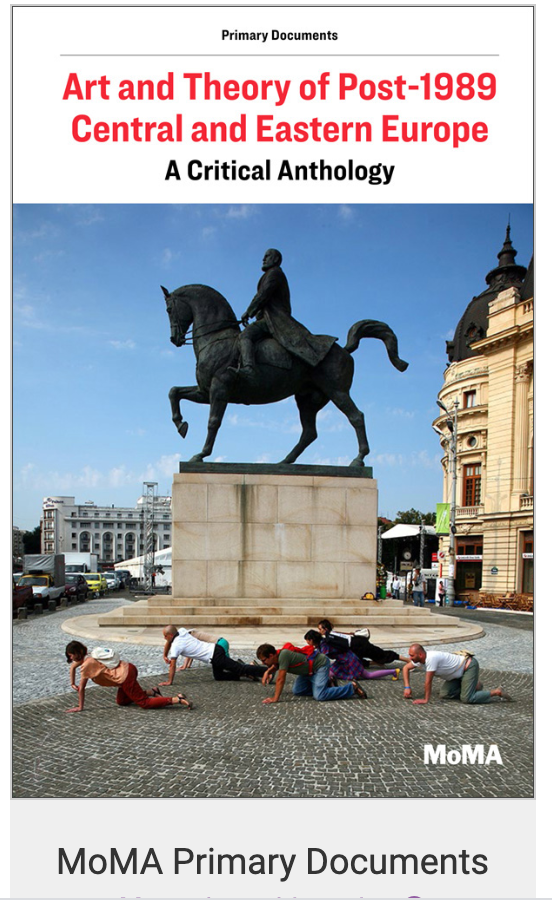 This collection of essays was published in a form of a catalogue for one of the propgrams screened at the Yamagata International Documentary Film Fstival in October 2019. The program entitled "The Creative Treatment of Grierson in Wartime Japan" was co-organized by the Yamagata International Documentary Film Festival and the National Film Archive of Japan and presented a broad variety of wartime Japanese documentaries as well as British and Soviet films that have influenced them. The collection of essays explores the development of wartime Japanese documentary cinema from variety of historical and theoretical perspectives.

Constructing Identities And Boundaries: Fashion And Clothing Of Working And Middle Class Youth In Contemporary Russia
Margarita Kuleva. Humanities. HUM. Basic Research Programme, 2015. No. 85.
Clothing and fashion play significant role in the process of ageing, and help put bodily experiences in the context of culture. It is especially important for young people as social subjects, who are starting to become independent but do not have sufficient experience and social competences to do this.    This paper explores how youth of middle and working class in Russia use clothing to denote their social identity and construct boundaries.The paper is based on materials of 81 IDI with young people from St. Petersburg.
‘The relations of the Republic of Venice and the Marquises d’Este in the mid-fourteenth to mid-fifteenth century based on the lettere ducali from the Western European section of the Historical Archive of the Saint Petersburg Institute of History of the Russian Academy of Sciences.’
Khvalkov E., Чиркова А. В., Агеева Д. А. Humanities. HUM. Basic Research Programme, 2018
The present study is devoted to the research into a set of the Venetian lettere ducali to the Marquises d’Este of the fourteenth and fifteenth centuries collected by N.P. Likhachev (1862-1936), Member of the Academy of Sciences of the USSR, stored in the Western European section of the Saint Petersburg Institute of History of the Russian Academy of Sciences and the preparation of their full-text critical publication. The lettere ducali are an excellent source to study the Serenissima and its continental and overseas domains. The source material of the Venetian lettere ducali have long and not without reason been considered and actively investigated by researchers as one of the most important sources on the economic, social, political, legal, environmental, cultural, and ethnic history of Venice. In addition, Venetian sources often provide researchers with important material on the history of other states of the Italian Peninsula, including, in our case, the domains of d’Este. This explains the exceptional importance of studying lettere ducali as the most important source on the history of the Western European Middle Ages and early modern times. This study revealed historical material on the specific cities and regions of Italy (Venice, Treviso, Ferrara, Verona, Padua, the Po Delta), as well as the Venetian colonies in the Mediterranean (Crete, Cyprus) and the Adriatic (Shkodra, Dalmatian Coast), history of international relations, history of economic relations, history of everyday life, history of state institutions and international law, history of a medieval document, history of Latin writing.
Документы Совета по делам религий при Совете министров СССР об организации паломничества мусульман в Мекку (1944-1952 гг.)
Лавинская О. В. Отечественные архивы. 2019. Т. 4. С. 70-83.
Юрий Любимов: “Я, как старый формалист, борюсь с формализмом!”
Абелюк Е. С., Леенсон Е. И. Литература (Первое сентября). 2007. № 18.
Современное искусство Востока. Сборник материалов международной научной конференции
М.: ММСИ, ГИИ, 2017.
“The Conflicted Origins of Soviet Visual Media: Painting, Photography, and Communication in Russia, 1925-1932,”
Angelina Lucento. Cahiers du Monde Russe. 2015. Vol. 56. No. 2-3. P. 401-428.

In the cultural sphere, the period between the October Revolution and the initiation of the first five‑year plan was marked by a series of heated public debates about the function of visual art and media in the new socialist society. Prominent theorists, including the Commissar of Enlightenment, Anatolii Lunacharskii, and writers associated with the journal Lef, such as Boris Arvatov and Sergei Tret´iakov, participated in these debates, as did modernist artists and realist painters. Photography was a central theme, and by 1925 the question of how the advances in photographic and other forms of mechanical reproduction were changing the nature of the visual had emerged as the debates’ most pressing problem. While all of the debates’ contending factions recognized the significance of photography, they also agreed that the material components of painting—particularly color and surface texture—remained essential to the development of comradely socialist relations. This article brings to light for the first time the aspects of early Soviet thought on aesthetics and communication that led to the firm establishment of painting as a visual medium essential to socialism. It demonstrates in particular that the materiality of painting and its traces were linked to the activation and transmission of the sensations of the body, which were considered necessary for the formation of socialist connections.