World in a Nutshell

This book is an anthology of essays penned by distinguished experts from around the world to commemorate life time contribution of Sanjaya Baru to the discipline of Geo-economics in India and globally. Curated and published by CUTS International, the book contains 20 essays from 21 distinguished authors,who amongst others include, noted economist Jagdish Bhagwati, two former foreign Secretaries Shyam Saran and S Jaishankar, former US Ambassador to India Robert Blackwill, Secretary General CUTS International Pradeep Mehta, Director NMML Shakti Sinha and former DG, WTO Pascal Lamy. In the current times when the world order is being rapidly reconfigured, this book is a useful resource for the government, think tanks, academia, civil society and all those interested in strategic affairs. 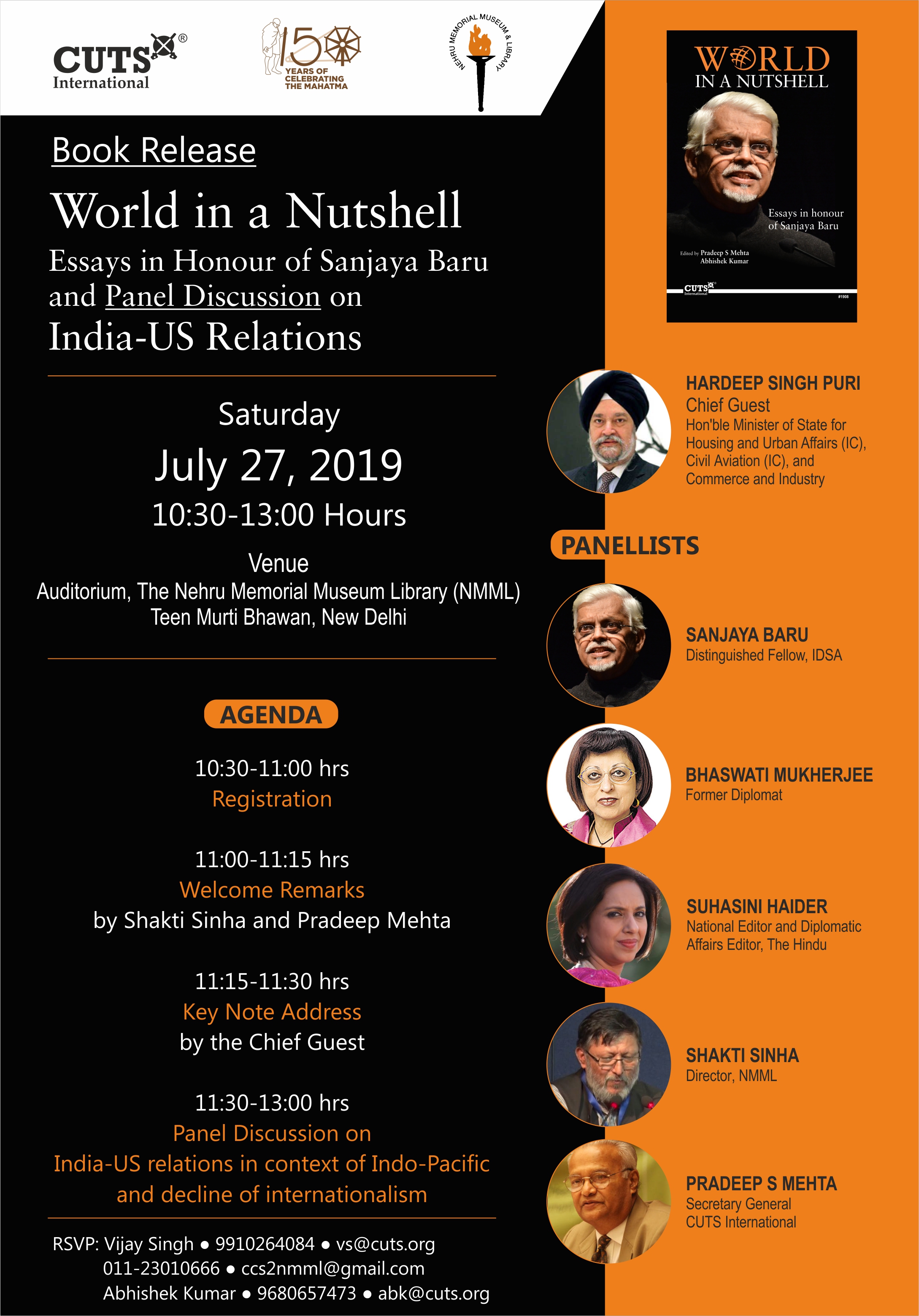