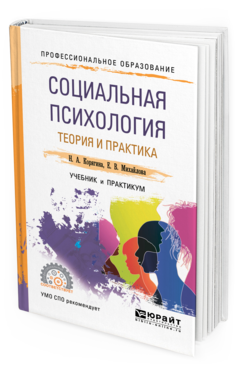 Психология суверенности: десять лет спустя
Нартова-Бочавер С. К. М.: Смысл, 2017.
A Model of "Achieving Oneself" in Relationship to the Other
Elena B. Starovoytenko. Psychology. PSY. Высшая школа экономики, 2013. No. 15.
“Achieving oneself” is not a subject of a systematic scientific research in Russian personality psychology. The goal of the current study is to justify the significance of such research in current socio-cultural and scientific context. “Achieving oneself” is understood in this paper as an integral reflectively mediated fulfillment of the I’s potential in leading vital relations hips of a person. The field of study is “the new personology”, the method is hermeneutics. This study offers a reflective model of the I’s potential towards the Other and presents an application of this model to the analysis of the process of achieving one self in a loving relationship.
Event-related Potentials as Correlates of Attentional Resource Allocation in Dependence on Individual Differences
Chernyshev B. V., Lazarev I. E., Chernysheva E. G. et al. Psychology. PSY. Высшая школа экономики, 2012. No. 01.
The nature of interrelations of brain event-related potentials to behavioral measures and temperament dimensions was studied in the situation of attention under the auditory oddball paradigm. Several components of event-related potentials were found to be related to Extraversion, Mobility, Ergonicity and Emotionality. The results are discussed within the framework of the resource model of attention. New putative internal dimensions of temperament are suggested. The data obtained lay the foundation for further psychophysiological studies of attention in the context of individual differences.
Современные стратегии воспитания глазами психотерапевта
Будинайте Г. Л. Отечественные записки. 2004. № 3. С. 76-90.
Towards a Formal Theory of a Distractor in Attentional Tasks
Utochkin I. S. Psychology. PSY. Высшая школа экономики, 2012. No. 2.