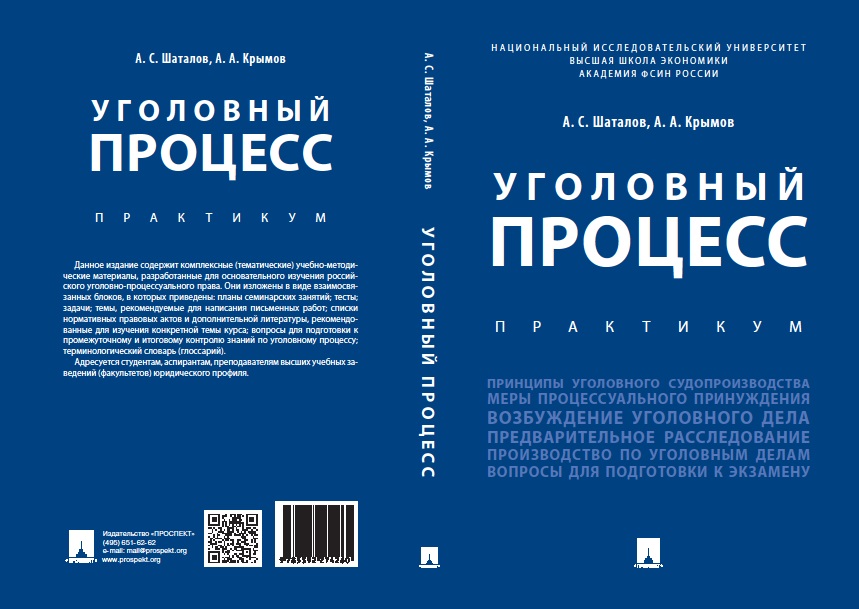 Similar publications
The Legitimacy of the Bolshevik Order, 1917-1918: Language Usage in Revolutionary Russian Law
Borisova T. Y. Law. LAW. Высшая школа экономики, 2012. No. 05.
The article describes and analyzes the legislative politics of revolutionary regimes in Russia in 1917-1918. The author aims to demonstrate the political meaning of the form of early Soviet legislation and its legitimizing effect. The revolutionary legislators often used specific language in the new laws as a vehicle of legitimacy, i.e. to make the people comply. The two main types of legal language used by the Bolsheviks can be interpreted from the perspective of different types of legitimacy. The revolutionary strategy used propagandistic legislation, written in the language of lay people, which urged them to act according to the new law. It can be seen as a request for acts of the people to legitimize the soviets. On the contrary, the traditional strategy employed old bureaucratic means of writing and distributing legislation to the local soviets. The language used by this strategy was closed to the understanding of a lay audience and implied traditions of obeying the law written in familiar legal language, which in turn implied rational/legal legitimacy. The second strategy had already become dominant after the first months of the Bolshevik revolution. This observation demonstrates that from the very beginning of their rule, Soviet leaders approached legislative policy from a technocratic point of view, which determined the further development of Soviet legal theory and practice.
THE REANIMATION OF PIRACY: CHALLENGES OF ADAPTING INTERNATIONAL LAW NORMS INTO RUSSIA’S LEGAL SYSTEM
Varfolomeev A. A. Law. LAW. Высшая школа экономики, 2014. No. 44.
This study focuses on the dissonance between the definition of piracy in Russia’s Criminal Code (disposition of Article 227) and piracy as defined by international law (Article 101 of the UN Convention on the Law of the Sea, 1982). This can create obstacles in the appropriate qualification of piracy acts and lead to a certain discord between the two (national and international) law systems. At least four areas of possible disagreements were identified: contradictions over a place to commit an act of piracy; over the object of crime; a purpose, and over a crime’s objective aspect. The paper also investigates the potential competitions between jurisdictions, including situations in Russia’s exclusive economic zone and on board a vessel registered at a Russian port.
Ретроспективный анализ апелляционного производства в уголовно-процессуальном законодательстве США и России
Пашин С. А., Постыляков С. П. Реформы и право. 2014. № 3. С. 42-48.

The article executes the retrospective analysis of the institution of appeal by the example of Law of Criminal Procedure of the United States of America and Russia. The authors examine the approaches of the legislator and the court practice in Russia and the United States of America and determining the importance of the institution of appeal of Law of Criminal Procedure in different historical epochs. The authors conclude that the modern appeal proceeding of Russia is fictitious. Also the authors observed the American experience of construction of two separate court systems: the federal and state judiciary. The authors come to the conclusion that the comparative legal analysis of methods to organization the appeal courts in the United States of America and Russia should be continued.

The publication contains a complex of multilevel structural and logical schemes, created to improve the perception, learning and memorizing of the criminal procedure in force in the Russian Federation. legal legislation. When they were developed, the author used functional-target technology of system analysis and synthesis, which allowed to interpret the procedural procedures with due regard for the specifics of the criminal proceedings. Through an optimal combination of graphic and graphic images was made visible and, accordingly, more understandable is the essence of almost all articles of the Code of Criminal Procedure Russian Federation. Legislation is presented as of November 1, 2017. Addressed to students, post-graduate students, faculty members in higher educational establishments of a legal profile. It can be useful practicing lawyers.

The chapter addresses the Russian legislation on the legal assistance in criminal matters and its practical application.