М.: Издательский дом НИУ ВШЭ, 2017.
Чирикова А. Е., Ледяев В. Г.
The monograph has been written on the basis of the empirical research on governance in five Russian towns conducted in 2011–2015. The book studies the key aspects of relations of power in local communities, including configuration and hierarchy of the main actors in urban communities, the role of regional actors in the space of local politics, the relationship between representative and executive structures of municipal government, interactions and coalitions between local political actors, and urban regimes in local communities. The research topic and structure follow the logic of urban regime analysis, which became the most popular way of studying governance in local communities. The main bulk of information was collected by the means of in-depth interviews with influential urban and regional actors directly involved in urban politics.

The book is designed for political and social scientists as well as for those interested in the issues of governance and urban politics.
Priority areas: sociology
Language: Russian
Full text (PDF, 1013 Kb)
Sample Chapter (PDF, 212 Kb)
DOI
Keywords: политология 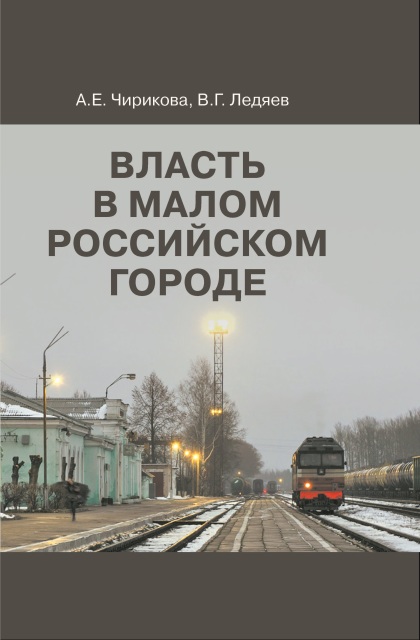