The author of the preface to the monograph by Zhao Yong showes, that the working in the USA Chinese professor uses the criticism to the Chinese high and higher school as the "politically correct" cause to warn the Western public against such trends of the educational system in the West as unification and formalization of educational process. The author of the preface supposes that these trends reflect the common intentions of the Western managemet to uiversal models and deviation from the technocratic principles. 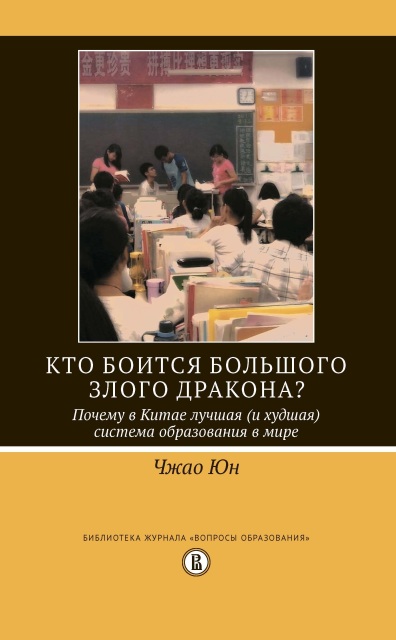 The article analyzes early (16-17th c.) German printed primers and textbooks to find out who were their supposed users. The authors of these textbooks - mostly Protestant teachers - simetimes specified in the titles, prefaces, and the main text whom they imagined as their audience. This might include their colleagues as well as students (children as well as adults), and people who wanted to learn to read on their own. Knowing the biographies of some of the authors and the attitude of Martin Luther and other Church reformers to literacy, we can conclude that the most likely primer users were Lutherans. Based of the language it can further be assumed that the audience were High German rather than Low German speakers.

This collective monograph presents the views of researchers and experts in the field of education and law on the issues of multilevel governance of education. Researchers and practitioners reflect on which principles the system of education should be built, which public institutions influence it, and what consequences the transfer of authority between different levels of government brings. Russian authors consider the results of recent reforms of redistribution of powers in the sphere of education, the impact of such redistribution on individual issues in the sphere as well as specific regional cases of redistribution of powers and cooperation. The monograph is supplemented by analytical annexes, which represent how different powers are redistributed in the sphere of education in Russia.
The monograph is intended for those engaged in educational research, especially in comparative regional studies, and for experts in the field of public administration, constitutional, administrative and municipal law.

This article presents a study of desired leadership behavior in the educational sector in Iceland. This sector has been undergoing major challenges during recent years, including restructuring and mergers of schools, strikes of teachers’ professional unions, and increasing dropout rates. This situation requires exceptional leadership together with the understanding that leadership is a culture and context contingent phenomenon. However, research on managerial leadership in the education sector in Iceland is virtually nonexistent, presenting a gap in literature as well as failure to contribute to solving issues in practice. This article contributes to closing this gap by investigating the desired leader profile from a follower-centric perspective. The results indicate that the most desired leader behaviors in this sector tend to be relationship orientated, suggesting a need to focus on the “soft” side of leadership and reconsider overemphasis on bureaucracy. Effects of gender and demographic differences are minimal, suggesting coherence with structural theory. Managerial leadership implications and future research directions are discussed.

Социальный фундамент модернизации экономики (уроки «золотого века» социального государства)
Кутепова Н. И. Менеджмент и бизнес-администрирование. 2015. № 4. С. 48-59.
Поддержание изменений в университетах. Преемственность кейс-стади и концепций
Кларк Б. Р. М.: Издательский дом НИУ ВШЭ, 2011.
University Admission In Russia: Do the Wealthier Benefit from Standardized Exams?
Prakhov I., Yudkevich M. M. Education. EDU. Высшая школа экономики, 2012. No. 04.
This paper examines the impact of family income on the results of the Unified State Examination (the USE) and university choice in Russia. We argue that, even under the USE, which was introduced instead of high school exit exams and university-specific entrance exams, entrants from wealthy households still have an advantage in terms of access to higher education, since income positively affects USE scores through the channel of a higher level of investment in pre-entry coaching. Moreover, richer households make more effective decisions about university. We have found positive and significant relationships between the level of income and USE results for high school graduates, with an equal achievement before coaching. We subsequently propose that students from the most affluent households do invest more in additional types of preparation (pre-entry courses and individual lessons with tutors), and those extra classes provide a higher return for children from this particular income group. Finally, we show that holding the result of the USE equal, students with good and fair marks from wealthy families are admitted to universities with higher average USE score than those from poorer families. As a result, we can observe that income status is a factor that significantly influences enrollment to university.
Материалы 77-й Международной научно-технической конференции ААИ «Автомобиле- и тракторостроение в России: приоритеты развития и подготовка кадров»
Кн. 14: Секция 14. Развитие образовательного процесса на основе современной системы интерактивного обучения в условиях модернизации образования. М.: МГТУ «МАМИ», 2012.
Использование временных характеристик в преподавании курса "Юридическая техника"
Тенилова Т. Л. Юридическая техника. 2009. № 3. С. 309-316.
Большая чеховская игра
Шапиро Н. А. Литература. Учебно-методический журнал для учителей словесности. 2011. № 14. С. 27-29.
2D:4D Asymmetry and Academic Performance: Evidence from Moscow and Manilа
Nye J. V., Androushchak G., Desierto D. et al. Education. EDU. Высшая школа экономики, 2011. No. 01.
Exposure to prenatal androgens affects both future behavior and life choices. However, there is still relatively limited evidence on its effects on academic performance. Moreover, the predicted effect of exposure to prenatal testosterone (T) - which is inversely correlated with the relative length of the second to fourth finger lengths (2D:4D) - would seem to have ambiguous effects on academic achievement since traits like confidence, aggressiveness, or risk-taking are not uniformly positive for success in school. We provide the first evidence of a non-linear relationship between 2D:4D and academic achievement using samples from Moscow and Manila. We find that there is a quadratic relationship between high T exposure and markers of achievement such as grades or test scores and that the optimum digit ratio for women in our sample is lower (indicating higher prenatal T) than the average. The results for men are generally insignificant for Moscow but significant for Manila showing similar non-linear effects. Our work is thus unusual in that it draws from a large sample of nearly a thousand university students in Moscow and over a hundred from Manila for whom we also have extensive information on high school test scores, family background and other potential correlates of achievement. Our work is also the first to have a large cross country comparison that includes two groups with very different ethnic compositions.
Роль деловых игр в формировании профессиональных компетенций на занятиях по английскому языку
Жунич И. И., Ткачева Н. Л. Вып. 1: Содержание профессиональной подготовки по иностранным языкам в неязыковом вузе: современные тенденции, актуальные проблемы, пути решения: доклады и материалы Международной научно-практической конференции. М.: Логос, 2012.
Описание графика как способ профессионально направленного обучения иностранному языку в нелингвистическом вузе
Успенская Е. А., Шмаль М. В. Альманах современной науки и образования. 2011. № 3(46). С. 171-181.
Institutions and the Allocation of Talent
Natkhov T. V., Polishchuk L. Economics. EC. Высшая школа экономики, 2012. No. 15.