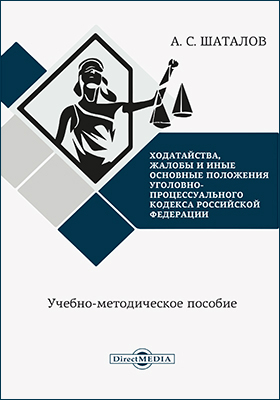 Similar publications
Действие принципов уголовного судопроизводства на стадии возбуждения уголовного дела: реальность или миф?
Шаталов А. С. В кн.: Принципы уголовного судопроизводства и их реализация при производстве по уголовным делам: Материалы IV Международной научно-практической конференции 5 – 6 апреля 2016 г. (г. Москва). М.: Российский государственный университет правосудия, 2016. С. 311-320.
The Legitimacy of the Bolshevik Order, 1917-1918: Language Usage in Revolutionary Russian Law
Borisova T. Y. Law. LAW. Высшая школа экономики, 2012. No. 05.
The article describes and analyzes the legislative politics of revolutionary regimes in Russia in 1917-1918. The author aims to demonstrate the political meaning of the form of early Soviet legislation and its legitimizing effect. The revolutionary legislators often used specific language in the new laws as a vehicle of legitimacy, i.e. to make the people comply. The two main types of legal language used by the Bolsheviks can be interpreted from the perspective of different types of legitimacy. The revolutionary strategy used propagandistic legislation, written in the language of lay people, which urged them to act according to the new law. It can be seen as a request for acts of the people to legitimize the soviets. On the contrary, the traditional strategy employed old bureaucratic means of writing and distributing legislation to the local soviets. The language used by this strategy was closed to the understanding of a lay audience and implied traditions of obeying the law written in familiar legal language, which in turn implied rational/legal legitimacy. The second strategy had already become dominant after the first months of the Bolshevik revolution. This observation demonstrates that from the very beginning of their rule, Soviet leaders approached legislative policy from a technocratic point of view, which determined the further development of Soviet legal theory and practice.
Возбуждение уголовного дела: учебно-методическое пособие
Шаталов А. С. М.: Директ-Медиа, 2016.
Controversy over issue preclusion in Russia’s criminal procedure: Can common law offer a solution?
Yury Rovnov. Russian Law Journal. 2016. No. 3(4). P. 102-123.

Even though Russia’s new Code of Criminal Procedure of 2001 had from the very beginning contained the article titled ‘Preclusive Effects,’ it was not until a decision by the Constitutional Court of 2008 that the doctrine of issue preclusion was, in its proper sense, reinstated in Russian criminal law, barring facts definitively established in a civil trial from relitigation in criminal proceedings. Despite heavy criticism that came down on the Constitutional Court for what was seen by law enforcement agents as unwarranted judicial activism, the Russian Parliament soon amended the article in line with the interpretation offered by the Court. This, however, did not end the controversy as critics raised a valid point: an automatic transfer of facts from civil proceedings with a priori more lenient requirements of proof is likely to distort outcomes, harming defendants, the prosecution, and, ultimately, societal interests. This article will turn for apotential solution to common law, which has been able to avoid this problem by clearly distinguishing between different standards of proof applicable in civil v. criminal litigations. It will be shown, using the United States as an example, how courts can effectively use issue preclusion to pursue a number of legitimate objectives, such as consistency of judgments and judicial economy, with due account for the interests of parties in proceedings. At the same time, issue preclusion appears an inappropriate and ineffective means to combat arbitrariness of the judiciary – the end which Russia’s Constitutional Court and law makers arguably had in mind when introducing the doctrine into Russian law.

the Article is sanctified to research of criminal judicial and attended with them criminally-executive problems existence of that is caused by the lacks of the normative adjusting of judicial activity on the transmission of convict, for leaving of punishment for the state of their citizenship. On a background consideration of corresponding judicial procedures and generalization of points of view of scientists on essence and legal nature of this activity,  authors establish existence of row of theoretical, legal defects; offer the own decision of concept "Transmission of convict"; formulate her fundamental differences from delivery of convict.