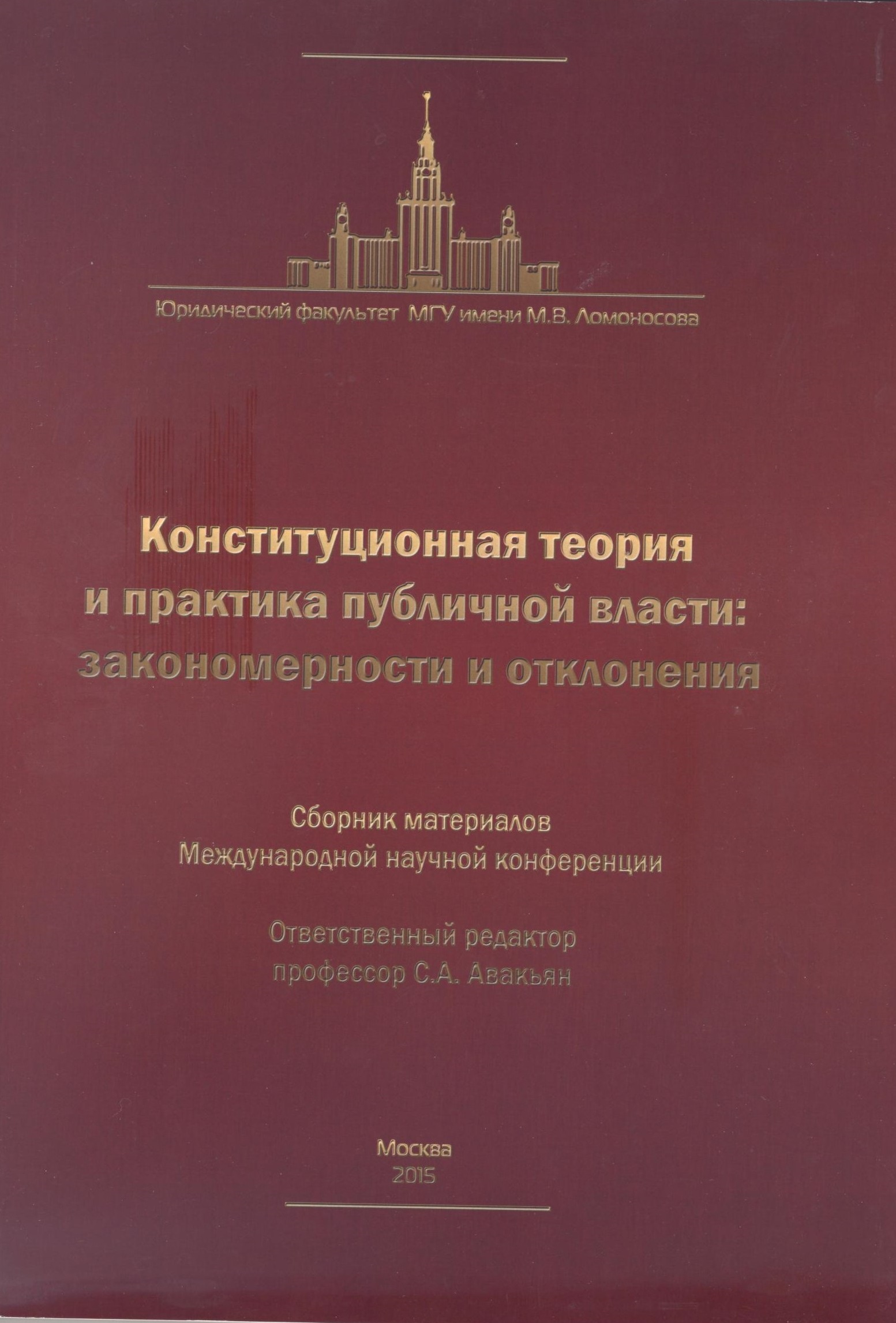 Similar publications
The Legitimacy of the Bolshevik Order, 1917-1918: Language Usage in Revolutionary Russian Law
Borisova T. Y. Law. LAW. Высшая школа экономики, 2012. No. 05.
The article describes and analyzes the legislative politics of revolutionary regimes in Russia in 1917-1918. The author aims to demonstrate the political meaning of the form of early Soviet legislation and its legitimizing effect. The revolutionary legislators often used specific language in the new laws as a vehicle of legitimacy, i.e. to make the people comply. The two main types of legal language used by the Bolsheviks can be interpreted from the perspective of different types of legitimacy. The revolutionary strategy used propagandistic legislation, written in the language of lay people, which urged them to act according to the new law. It can be seen as a request for acts of the people to legitimize the soviets. On the contrary, the traditional strategy employed old bureaucratic means of writing and distributing legislation to the local soviets. The language used by this strategy was closed to the understanding of a lay audience and implied traditions of obeying the law written in familiar legal language, which in turn implied rational/legal legitimacy. The second strategy had already become dominant after the first months of the Bolshevik revolution. This observation demonstrates that from the very beginning of their rule, Soviet leaders approached legislative policy from a technocratic point of view, which determined the further development of Soviet legal theory and practice.
Социально-политическая философия М.М. Сперанского: в поисках смысла политического бытия
Жолков С. Ю. Ценности и смыслы. 2011. № 1. С. 76-92.

The project of the state reforms of M.M. Speransky (1808-1809) is considered in a context of attempts of Alexander I to solve one of the major problems of Russia XIX century - the problem of reforming a state system and management. It is proved that Speransky's various works contain fragments of harmonious sociopolitical philosophy, rather modern and actual.

The philosophy of sovereignty, human rights, and democracy in Russia
Antonov M. Law. LAW. Высшая школа экономики, 2013. No. WP BRP 24/LAW/2013.
This paper examines the correlation between the concepts of sovereignty, human rights, and democracy in Russian legal and political debate, analyzing this correlation in the context of Russian philosophical discourse. It argues that sovereignty is often used as a powerful argument which allows the overruling of international humanitarian standards and the formal constitutional guarantees of human rights. This conflict between sovereignty and human rights also recurs in other countries, and many legal scholars demand the revision or even abandonment of the concept of sovereignty. In Russia this conflict is aggravated by some characteristic features of the traditional mentality which frequently favors statism and collective interests over individual ones, and by the state building a “power vertical” subordinating regional and other particularistic interests to the central power. These features and policies are studied in the context of the Slavophile-Westernizer philosophical divide. This divide reveals the pros and contras put forward by the Russian supporters of the isolationist (conservative) policy throughout contemporary history, and especially in the sovereignty debates in recent years. The Russian Constitution contains many declaratory statements about human rights and democracy, but their formulations are vague and have little concrete effect in court battles where the application of international humanitarian law is counterbalanced by the concerns of the protection of sovereignty. These concerns coincide with isolationist and authoritarian policies, which led in 2006 to their amalgamation into the concept of “sovereign democracy.” This concept is considered in this paper to be a recurrence of the Russian conservative tradition. Even though the concept in its literal meaning has been abandoned by its author and supporters, most of its ideas are still on the cusp of the official political discourse which reproduces the pivotal axes of the Russian political philosophy of the 19th century.
Civil Society Awakens? The Systemic and Non-Systemic Opposition in the Russian Federation: National and Regional Dimensions
L.: Ashgate, 2015.
Russians’ participation in cash donations: factors and level of involvement
Mersiyanova I. V., Ivanova N., Korneeva I. Sociology. SOC. Высшая школа экономики, 2014. No. 53/SOC/2014.
As part of Russia’s transformation process of the last decade, the preconditions for the emergence of philanthropic institutions were created. A plethora of evidence illustrates how this process has unfolded. However, there is a limited amount of research devoted to the philanthropic activity of Russians. This deficit stems from a lack of empirical data on the subject. This article seeks to partly rectify this deficit of empirical information on the topic. We examine the level of involvement of Russians in making cash donations and reveal the factors that influence it. Empirical data were collected within the framework of the monitoring of Russia's civil society that has been conducted since 2006.
Коммуникативные и социальные аспекты возрастания роли репутации в современном российском политическом процессе
Коган Е. В. Социум и власть. 2010. № 4. С. 38-42.