М.: Издательский дом НИУ ВШЭ, 2016.
Акмальдинова А. А., Лекманов О. А., Свердлов М. И.
The monograph belongs to the series of studies written by different authors shedding light on how Russian poetry of the 19–20th centuries was assimilating the new realia previously unfamiliar to the society of thattime — telegraph, cinema, telephone, radio. The landmarks of the evolution of the subject of football in the Russian poetry between 1910 and 1950 aretraced for the first time by this monograph: the football motifs first adapting to the unfamiliar environment being practically smuggled into the poetry; then gaining more and more place on the pages of literary magazines and collections of poems; and, finally, accumulating the whole set of persistent semantic halos. The authors aim to show how the new poetic motifs werechanging, reflecting the immediate demands of the modern times, eitherbeing deformed under or desperately resisting their pressure. The book hasa double task of, on the one hand, collecting and classifying as many poeticlines about football written in the first half of the 20th century as possible, and, on the other hand, of analyzing the logic of the development of the subject offootball in terms of historical poetics.
The book addresses both professional researches and a wide audience of readers. Its academic approach by no means interferes with presenting fascinating topics at the junction of football and poetry histories such as the encounters of Soviet and Basque teams in 1937, the Dynamo Moscow tour to Great Britain in 1945, the confrontation between two eminent Moscow clubs, Dynamo and Spartak, in the 1930–1940s, poetically refracted.
Research target: Philosophy, Ethics, and Religious Studies
Priority areas: humanitarian
Language: Russian
Full text (PDF, 1.23 Mb)
Sample Chapter (PDF, 260 Kb)
Keywords: культурология 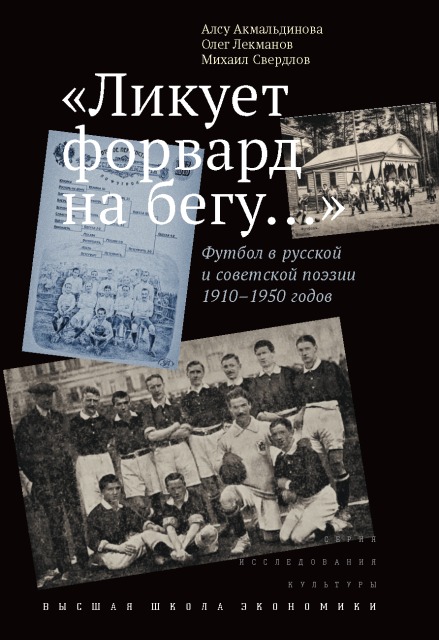