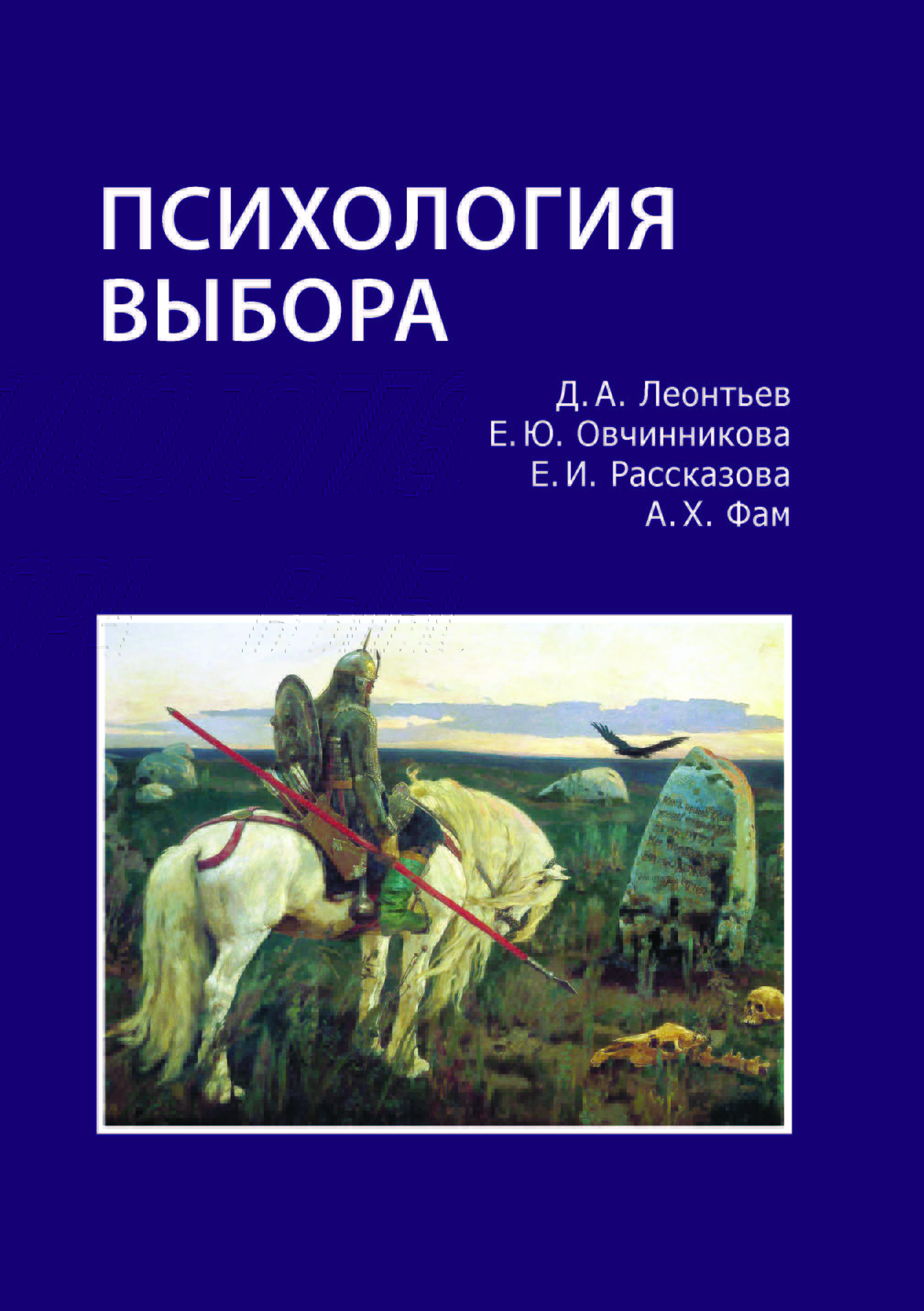 Similar publications
The Subjective Quality of Choice Technique: Qualitative Dimensions of Choice as a Self-orientation Activity
Leontiev D., Fam A. K., Osin E. N. et al. PSYCHOLOGY. WP BRP. Издательский дом НИУ ВШЭ, 2015. No. 45.
This article is dedicated to analysis of the main parameters of choice as a self-determination activity and to elaboration of a special tool for their assessment. Our aim was to allocate process-related subjective indicators of the quality of concrete choices. We developed and validated a 16-item questionnaire (called the Subjective quality of choice technique) measuring four qualitative dimensions of choice: mindfulness, emotional valence, self-determination, and satisfaction with the outcome. This 4-factor structure of choice parameters was relatively invariant in different real life situations of significant choices (local elections, university attendance, vocational orientation at high school and etc.). The Subjective quality of choice technique allows us to explicate the subjective picture of making personal choice as an intrinsically vs. extrinsically regulated process and to study its phenomenology.
The Underwriting, Choice And Performance Of Government-Insured Mortgages In Russia
Ozhegov E. M. Financial Economics. FE. Высшая школа экономики, 2014. No. WP BRP 31/FE/2014 .
This paper analyzes the mortgage borrowing process from a Russian state-owned provider of residential housing mortgages concentrating on the choice of having government insurance. This analysis takes into account the underwriting process and the choice of loan limit by the bank, the choice of contract terms and the performance of all loans issued from 2008 to 2012. Our dataset contains demographic, financial, loan terms and the performance information for all applications. We use a multistep nonparametric approach to estimate the determinants of bank and borrower choice. The main finding that the probability of having government insurance is linked to riskier loans, but insured loans also are more likely to be approved by the bank. The bank, when approving a borrower, takes into account not the probability of default but the difference between the probability of default and having government insurance.
Into the Red: The Birth of the Credit Card Market in Postcommunist Russia.
Guseva Alya. Stanford: Stanford University Press, 2008.

The issues of choice in traditional psychology exists with the topics of planning and decision making. on influencing of existential psychology the issue of choice becomes connected with personal responsibility and taking on uncertainty, which are closely connected to the personal potential of the subject.