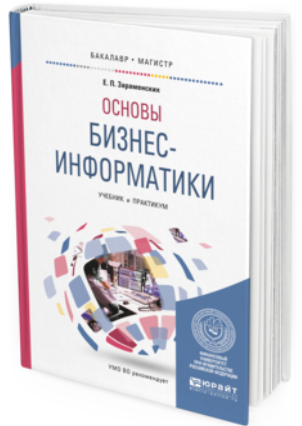 The paper describes the principles of economic efficiency of the ATP with a decision support system. The proposed approach allows the analysis and planning of the production program for the production of motor transport.

In 2013, the InternationalConference on Advance Information Systems Engineering (CAiSE) is turning 25. Started in 1989, in these years, the conference has provided a broad forum for researchers working in the area of Information Systems Engineering. To reflect on the work done so far and to examine perspectives of future work, the CAiSE Steering Committee decided to collect a selection of papers published in the conference proceedings in these years and to ask their authors, well-known researchers in the area, to comment on their work and how it developed during the years. CAiSE Proceedings have been published by Springer in the Lecture Notes in Computer Science Series (LNCS) since 1990.

The book provides an overview on the conference from different points of view: a historical analysis on how it developed and its goals over the years, a social network analysis of the positioning of CAiSE in the research community, and future perspectives for the conference in an evolving world.

Implementation of enterprise information management systems is still a challenging task for any organization. One of the key challenges within implementation projects is analysis of business requirements and determination of required system capabilities. Traditionally this challenge is overcome by gathering a team of experienced specialists but we would like to propose an alternate solution: using the ontology based knowledge management system to determine the necessary functionality and configuration of the enterprise information management system based on the user requirements. In this paper we describe the approach for representation of user requirements for such systems as business processes based on the ideas from The Ontology for Linking Processes and IT infrastructure (OLPIT).

In this paper CASE-technology METAS intended for development of distributed dynamically adaptable information systems is presented. This technology is based on interpretation of the multilevel models describing information system and its domain from the various points of view and at different levels of abstraction. New models expanding functionality of information system can be developed on the basis of existing models.

Труды ХХI Международного совещания «Радиационная физика твердого тела» (Севастополь, 22-27 августа 2011 г.)
Бондаренко Г. Г. Т. 1-2. М.: ФГБНУ "НИИ ПМТ", 2011.
Институт минимальной заработной платы в странах ОЭСР
Вишневская Н. Т. Проблемы рынка труда. WP3. Высшая школа экономики, 2005. № 03.
The paper examines the institute of minimum wage in developed and transition economies and in a number of the developing countries. First of all the institutional mechanism of minimum wage fixing is considered. One of the sections explores the dynamics of absolute and relative levels of minimum wage. The special attention is paid to the impact of the institute of minimum wage on the labour market. The author considers the mechanism of transmission of the minimum wage increases on the employment and unemployment dynamics. The paper also contains the result of the empirical research. The experience of many countries witnesses that large increases in minimum wage levels lead to the stagnation of the employ-ment, especially of the disadvantaged groups. The negative effect is larger for the companies with higher share of labour costs and more active use of unqualified labour, that is small businesses and agricultural enterprises. One of the main conclusions is that the minimum wage is not an effective tool of the poverty reduction as the majority of the recipients live in households of average and upper average income.
Новые информационные технологии. Тезисы докладов XIX международной студенческой конференции-школы-семинара
М.: МИЭМ, 2011.
Численность и состав российской бюрократии: между советской номенклатурой и госслужбой гражданского общества
Гимпельсон В. Е. Проблемы рынка труда. WP3. Высшая школа экономики, 2002. № 05.
Экономика и планирование организации
Мешков Н. А., Калгина Т. Г., Кочеткова Н. Ю. М.: ИИУ МГОУ, 2015.