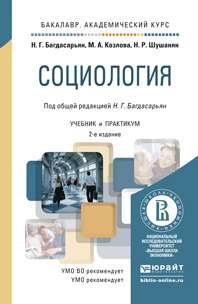 Abstract. On November 28–30, 2019 the International Scientific Conference “The Future of Sociological Knowledge and Challenges of Social Transformation (to the 90th Anniversary of V.A. Yadov)” took place, and within the framework of the conference the round table discussion of Community of Professional Sociologists was held, the general content of which we offered to the readers. The main issue of the discussion was the state and role of sociology in Russia and the world. The participants expressed different positions, outlined the main problems of sociological knowledge and profession, diagnosed both crisis phenomena and grounds for development of the modern sociology. Specialists stated that the crisis in the theoretical understanding of society in sociology is reflected to a certain extent in society’s distrust to sociology. Practically each of the participants discussed the public role of sociologist in the modern world, which faces the need to interact with commercial and power organizations. Discussing the fate of sociology in the 21st century, the participants proposed ways out of the crisis – rethinking the subject of sociology, new ways of assembling the palette of modern sociological research, the need to return to the theory of a holistic image of society and construction of ideas about the ways of future development of society.

This article offers the theoretical reconstruction of the treatment of morality by the classic of French and world sociology Emile Durkheim (1858-1917). Based on Durkheim’s texts, the author strives to show that, contrary to some modern interpretations, he was neither an anti-Kantian nor an anti-utilitarian. He constantly criticized both Kant and utilitarianism, but was strongly influenced by both theoretical positions. This influence was both “negative,” as an opposition to these positions, and “positive,” as a sort of their reproduction, continuation and development. Durkheim did not reject Kant’s views and utilitarianism (especially, in its eudemonist version), but relied on them, seeking to realize their theoretical synthesis. The means of such a synthesis was a sociological approach to morality, in which society is treated as an entity that combines duty and good, immanent and transcendent principles in morality. The evolution of Durkheim’s interpretation of the elements, or characteristics of morality, as well as the connection of morality with religion and other social institutions, are considered. The author have analyzed Durkheim’s idea of the autonomy of sacredness in morality, of its irreducibility to the religious sacredness; hence the principal possibility of secular morality. According to Durkheim, morality is of a fundamental importance for society, it underlies all social institutions and social transformations.