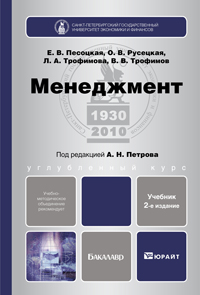 The role of collective mindfulness in IT-intensive organizations’ business processes management systems is considered within the paper. Results of the relevant researches conducted by the foreign scholars are being analyzed. Recommendations based on the literature review and analysis are being proposed. Socio-psychological factors of IT-intensive organizations' management are considered, research results are discussed.

The article presents the problems and prospects of development of modern management in the sphere of formation of “great minds” through reform of State policies, with the aim of forming modern managers' integrated and adaptive thinking, namely such competencies as fast learning, self-awareness, the ability to feel comfortable in situations of uncertainty.

— The deep dilemma of management in organization - how to combine choice and decision, freedom and necessity.