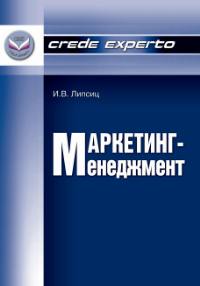 This tutor and exercise book discusses the key concepts and tools of modern marketing, and is closely associated with all aspects of management in modern companies. Management policy details and the mechanisms for the use of marketing techniques to increase the capitalization of the business are reviewed as well as effective management of the product portfolio, effective brands creation and and brand portfolio management, and also the evaluation methods to measure the effect of marketing programs. The principles of creating well controlled structures of marketing in services companies, customer-oriented business development, modern approaches to segmenting the consumer and product customization yet new methods and technologies of marketing using information technologies of the XXI century are also examined in present book.