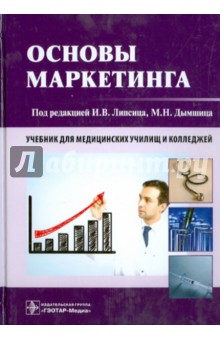 Business English II: учебно-методическое пособие по деловому английскому языку
Gridneva N. N. St. Petersburg: OOP, 2011.
This study guide, being a logical continuation of the book by N.Gridneva and S.Solntsev ‘Business English’, is for the students of non-linguistic departments who study Business English. Its structure consists of several sections including a text on one of the five topics, a series of pre- and after-reading tasks on its understanding, and also a range of various vocabulary and grammar exercises. This book helps students work on the topics more profoundly either in class or all by themselves. Besides, it can be also useful for all people studying Business English.
The Model of Contemporary Marketing Practices (CMP) in the Russian Market: Evidence from Empirical Research
Vera A. Rebiazina, Olga A. Tretyak. Management. MAN. Высшая школа экономики, 2014. No. WP BRP 21/MAN/2014.
Previous research has shown that emerging markets represent a significant part of the world economy and are expanding their share. However, they are still not well examined in the marketing field. Russia is especially neglected in the academic discussion of overall marketing strategy. Previous research indicates that the model of “Contemporary marketing practices” (CMP) is commonly used as a classification scheme of marketing practices both in developed and developing markets. This article examines how “Contemporary marketing practices” (CMP) works in Russia and tests the CMP model in the Russian market to reveal what types of marketing practices (transactional marketing, database marketing, interactive marketing, network marketing and relationship marketing) are most often used by Russian companies. The article is based on a quantitative study of 329 Russian companies and includes a cluster analysis that shows that types of marketing practices are common for the Russian market. Empirical results of cluster analysis shows that basic marketing practices are widely found in emerging Russian market though their characteristics differ dramatically from those on developed markets.
GAMIFICATION TOOLS AND PRACTICIES OF RUSSIAN COMPANIES
Morozova A. I., Rozhkov A. Management. MAN. Высшая школа экономики, 2017
In this paper we explore the concept of gamification and its business applications in the Russian companies. Gamification has been introduced in 2003 and since that time it has acquired a wide recognition as an efficient tool to enhance front-office and back-office business processes increasing performance and boosting engagement of the participants. Gamification refers to the use of game elements and designs in non-game environments. As a result customers and employees involved stay more focused and motivated to accomplish the chosen goal. We explore gamification practices of the Russian companies including application areas, funding and perceived efficiency of these initiatives. As the result we outline four groups of practices observed on the market.
Is Education a Signal on the Russian Labour Market?
Aistov A. Education. EDU. Высшая школа экономики, 2012. No. 5.
This research focuses on estimating the signalling role of education on the Russian labour market. Two well-known screening hypotheses are initially considered. According to first of these, education is an ideal filter of persons with low productivity: education does not increase the productivity of a person, but it does give him the possibility to signal about his innate productivity via an educational certicate. The second of these hypotheses admits that productivity actually does increase during the period of study, but nevertheless the main objective of getting an education is to acquire a signal about one's productivity. Information theory suggests that employees use education signals during the hiring processes whereby employers screen potential employees. Employers and other categories of self-employed workers are usually not screened by the labour market via their educational attainments. Comparison of the returns to education of employees vs. self-employed workers could show the difference between the returns to signals and the returns to human capital. Yet another way to understand the signals is to consider the time dynamics of the returns to education for employees staying in the same firm. This helps us to answer the question about whether the signals are valuable only during the hiring process, or whether they remain valuable during the whole experience with the firm. This research is based on the Mincerian-type earnings functions, estimated on RLMS-HSE and NOBUS data. On the basis of the available information, we cannot say that the returns to signals and human capital differ significantly in Russia. Nevertheless we can say that, for the majority of men, the return to educational signals decreases with time spent in the same firm, while we observe the opposite for women.
Teacher Characteristics and Student Achievements in TIMSS. Findings gained from applying the "first-difference" method to TIMSS-2007 data
Khavenson T., Tyumeneva Y. A. Education. EDU. Высшая школа экономики, 2012. No. 06.
The advantage of Trends in International Mathematics and Science Study is that not only does it perform a direct cognitive assessment of students concerning these students' teachers, but also their education, work experience and the instructional strategies used in their classes. In order to estimate teachers’ characteristics effects on a student’s achievements and overcome the limits of the TIMSS' correlational design, we have employed the first-difference method. Teachers’ characteristics effects have also been measured with the usual regression method. The effects discovered varied from one subject field to another, and there has been a difference between the results gained by using the firstdifference method and OLS regression analysis model. The first-difference method has revealed a negative effect of reproductive tasks and group work in math class, whereas comprehension tasks and tasks for developing meta-cognitive skills have shown a positive effect. On the contrary, reproductive tasks for science classes have had a positive effect while comprehension tasks and tasks for developing meta-cognitive skills have had either none or negative effects. Apart from this, a teacher's experience has had a significant effect on natural science subjects as opposed to mathematics. The possible interpretations of these results are discussed in this paper
Теория менеджмента
Жичкин А. М., Гурьянова С. Ю. М.: Московский государственный институт электроники и математики, 2011.
Анализ показателей портовой деятельности
Федоренко А. И., Зеленов Н. Н. Логистика сегодня. 2010. № 5. С. 296-311.