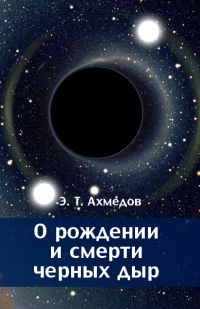 We propose a way to distinguish compact stellar object, whose size is very close to its Schwarzschild radius, from the collapsing stars. Namely, we show that {\it massive} fields in the vicinity of a very compact stellar object have discrete energy levels. (These levels are different from the standard non-relativistic ones present in Coulomb type of potentials and from the quasinormal modes.) At the same time we show that there are no such discrete levels for massive fields in the vicinity of a collapsing star.

Two major challenges to unification schemes for active galactic nuclei (AGN) activity are the existence of Narrow-Line Seyfert 1s (NLS1s) and the existence of changing-look (CL) AGNs. AGNs can drastically change their spectral appearance in the optical (changing their Seyfert type) and/or in the X-ray region. We illustrate the CL phenomenon with our multi-wavelength monitoring of the typical CL AGN NGC 2617 and discuss its properties compared with NLS1s. There are few examples of CL NLS1s and the changes are mostly only in the X-ray region. So far only a few NLS1s have been found to have strong changes in the optical emission lines. It has been proposed that some of these could be cases of a tidal-disruption events (TDE) or supernova events. If NLS1s are seen face-on and BLRs have a flat geometry then we have to see CL cases only if the orientation of the BLR changes as a result of a TDE or a close encounter of a star without a TDE.If NLS1s include both high Eddington rate accretion and low-inclination AGNs then a significant fraction of NLS1s could be obscured and would not be identified as NLS1s. CL cases might happen more in such objects if dust sublimation occurs following a strong increase in the optical luminosity.

We present the first sample of tidal disruption events (TDEs) discovered during the SRG all-sky survey. These 13 events were selected among X-ray transients detected in the 0° < l < 180° hemisphere by eROSITA during its second sky survey (2020 June 10 to December 14) and confirmed by optical follow-up observations. The most distant event occurred at z = 0.581. One TDE continued to brighten at least 6 months. The X-ray spectra are consistent with nearly critical accretion on to black holes of a few ×103 to 108M⊙108M⊙, although supercritical accretion is possibly taking place. In two TDEs, a spectral hardening is observed 6 months after the discovery. Four TDEs showed an optical brightening apart from the X-ray outburst. The other nine TDEs demonstrate no optical activity. All 13 TDEs are optically faint, with Lg/LX < 0.3 (Lg and LX being the g band and 0.2-6 keV luminosity, respectively). We have constructed a TDE X-ray luminosity function, which can be fit by a power law with a slope of -0.6 ± 0.2, similar to the trend observed for optically selected TDEs. The total rate is estimated at (1.1 ± 0.5) × 10-5 TDEs per galaxy per year, an order of magnitude lower than inferred from optical studies. This suggests that X-ray bright events constitute a minority of TDEs, consistent with models predicting that X-rays can only be observed from directions close to the axis of a thick accretion disc formed from the stellar debris. Our TDE detection threshold can be lowered by a factor of ~2, which should allow a detection of ~700 TDEs by the end of the SRG survey.

We study the expectation value of the energy momentum tensor during thin shell collapse for a massive, real, scalar field theory. At tree-level, we find thermal, Hawking-type, behaviour for the energy flux. Using the Schwinger-Keldysh technique, we calculate two-loop corrections to the tree-level correlation functions and show that they exhibit secular growth, suggesting the breakdown of the perturbation theory.

A method based on the spectral analysis of thermowave oscillations formed under the effect of radiation of lasers operated in a periodic pulsed mode is developed for investigating the state of the interface of multilayered systems. The method is based on high sensitivity of the shape of the oscillating component of the pyrometric signal to adhesion characteristics of the phase interface. The shape of the signal is quantitatively estimated using the correlation coefficient (for a film–interface system) and the transfer function (for multilayered specimens).